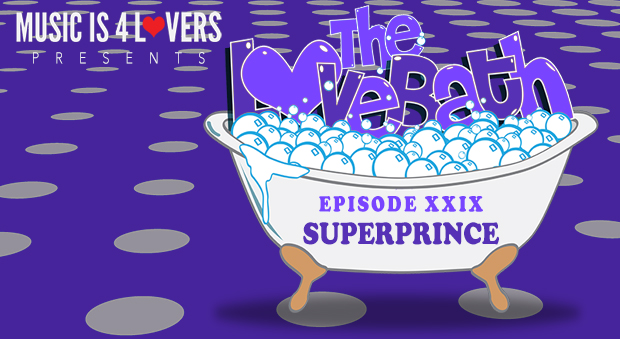 Super suds are overflowing out of the tub in this latest LoveBath from Philly-based disco duo, Superprince.

Known for their sharp productions and eclectic edits & remixes, they are constantly exploring new sounds. They have also been collecting records for over 15 years and strive to transport listeners through time and space with their mixtapes. Superprince is influenced by Rolands, classical composition, the thrill of the vinyl hunt, Supermax, and, of course, The Purple One. They have released music on Razor-N-Tape, Rock It Science Labratories, Young Robots, Moulton Music & Hotbox Music.

For our San Diego Lovers out there, you can catch Superprince and the Razor-N-Tape crew, which includes label bossmen JKriv and Aaron Dae, and Underdog Edits, at The Mustache Bash on Saturday, March 25th on the Broadway Pier.

In the meantime, draw the steamy water, drop in some essential oils, and soak up the disco jams in The LoveBath from Superprince. Enjoy!