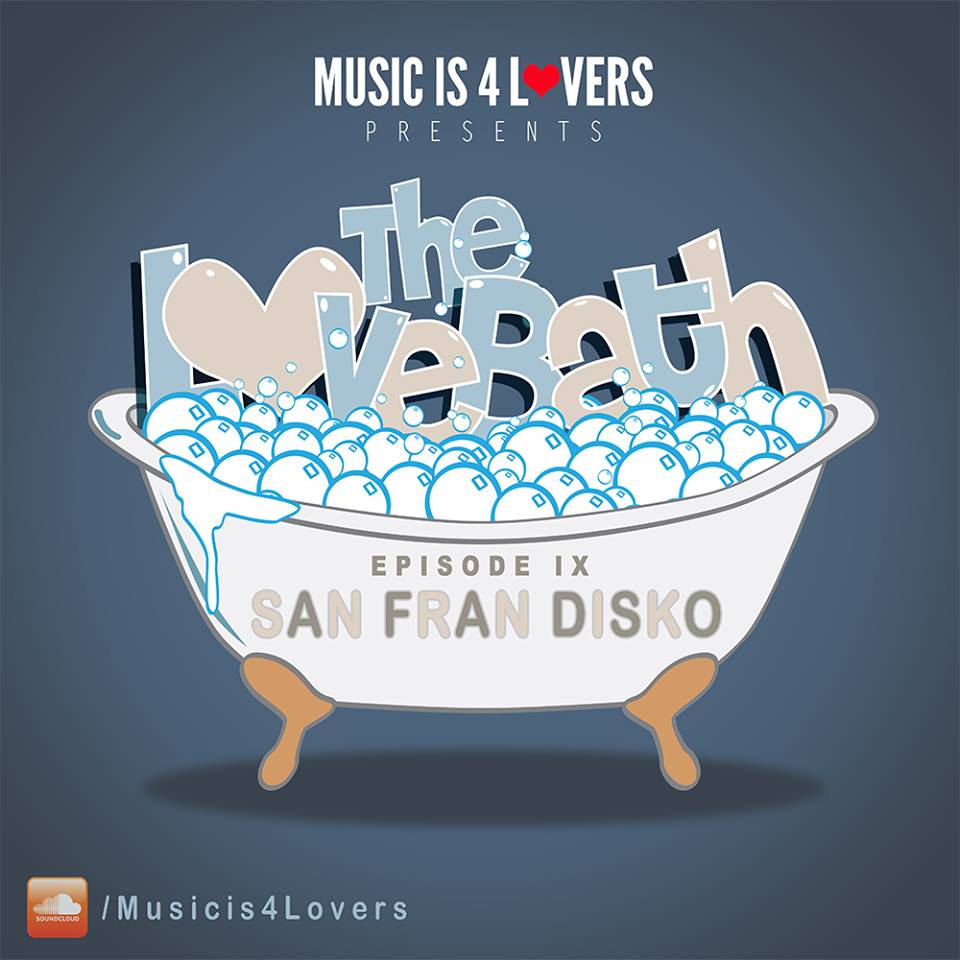 We hope your new year is well underway with heaps of loving, and we’re here to help keep that vibe rolling with the latest edition of The LoveBath from California based producer San Fran Disko. Disco music has taken DJ Paul Goodyear on a journey spanning 30+ years with stops in Australia, USA, London, Amsterdam, Rio de Janeiro, Barcelona, Singapore, Hong Kong, Bali, Mexico, Beijing, Kuala Lumpur, Auckland and Madrid, while producing close to 400 releases as a remixer along the way. Check out our interview with San Fran Disko and enjoy The LoveBath Episode IX.

After years of big residencies in Australia and a very busy tour schedule, what made you decide to settle down in San Francisco in 2010?

I first visited San Francisco in 1992 on a holiday. I fell in love with the city and made some good SF friends. In the late 90’s I started dj’ing guest spots when I would come over for holidays. Eventually I just knew I had to move to San Francisco! Although moving to the USA is NOT easy. I had to get a special 01 Visa that has to be renewed every 3 years. I love this city and it feels like home. Nothing is forever but SF is perfect for now!

You’re on tour often and are in the studio writing remixes and producing for your different labels, but you still post a ton of edits and reworks, when do you find the time for all the San Fran Disko stuff?

My wife Wilma encouraged me to start posting disco / house edits on a blog. I came up with the name and was really surprised how quickly it took off! I started to edit music back in 1991 for Remix services like Hot Tracks, Discotech, Direct Hit and had my own service with good friend James Fraser called “ACE” As I have been editing for about 24 years and have always played so many of my edits in my DJ sets, it’s just something I do. Wilma thought it would be great to share some of my work and I have always had a love for disco / 80’s / 90’s music. I try and make time to do 2 new SFD mixes per week. I’m so happy people are enjoying them.

Can you tell us about some of the parties you first played in Australia?

I started playing major parties in Australia around 1986. The first party I played at was for around 1,500 people. The party scene in Sydney took off in a huge way and suddenly me and my DJ peers were playing to 5,000 + almost every weekend from 1988 to 1990. Then they slowed down a little and the parties were more like every 6 to 8 weeks. 2 parties that stand out for me were Mardi Gras 1991 where I started spinning at 5 am to 10,000 people! The second party highlight in Australia was playing Mardi Gras 30th Anniversary in 2008.

When did soul, disco, funk and black music become a big influence in your life?

Probably around 1978 my older brother started going to Discos and buying 12″ records. I grew up in a suburb called Marrickville where they was a huge Greek population that were very much into funk and disco. This influenced me a great deal with some of my neighbors blasting out their favourite disco tracks! Early memories of dance records played by my neighbors were tracks like “Contact”, “Boogie Woogie Dancing Shoes” and “In the Bush”

So was it around that time that you started stockpiling your own record collection?

I bought my first 12″ single in ’79 which was Sylvester’s “You make me feel (Mighty Real)” – Really from this moment on I was hooked on Dance music and here I am in 2015 still very passionate about it!

Any favorites or special record(s) for you?

Tantra – “The Hills of Katmandu”, Sharon Redd “In The Name Of Love”, Change “The Glow Of Love”

Can you tell us a little bit about the scene in SF?

San Francisco has a great diverse scene. whatever you are into, it’s here! Pop, Rock, Disco, Nu Disco, Circuit music, Techno, House. You name it it’s here. That being said the scene and city is fairly small so the clubs are not big. When I go out I like to go to the more Underground house / disco / techno scene (Honey Sound System, Disco Daddy, Go Bang!)

What can people expect to hear in these covert spots?

What I play out in the clubs depends which bars and clubs I spin at. I’m known to play everything from House, Nu Disco, Pop, Tribal, Progressive, Disco, 80’s New Wave and Hi-nrg. I like what I like and there is great and “not so great” music in all of these genres. I try to take people on a little journey musically and have done this for the last 30 years.

I play at a couple of regular gigs here in SF like Booty SF and The Lookout Bar. Wilma and I also do a party here called “Where Love Lives” (with the SF club “Beatbox”). Our aim is to do 4 parties per year and have some disco divas performing and some guest dj’s spinning too. Our next event is on Feb 14th and we have Cynthia Manley from The Boystown Gang performing.

I would like to play more on the East Coast in NYC! Ha ha! I don’t care where I just love New York’s vibe!

Anything new and exciting coming up?

I just finished remixing Mary Wilson (from The Supremes) new single called “Got To Move On” to be released on Sweet Feet Music shortly. I’m collaborating on a new 80’s inspired Hi-nrg record with Paul Parker, I’m working on a remix for Stereo Love in Australia of a Fleetwood Mac cover of “Sarah” that is soon to be released (I have also done about another 4 remixes that are waiting to be released too).

What are you using in the studio?

In the studio I use Pro-tools and Abelton. I just bought a CDJ2000 and a CDJ900 so I’m very excited with those new toys!

I love to have a glass of red wine with Wilma every night with our dinner. It’s our little ritual. When I go out it’s Vodka, Lime and Soda.