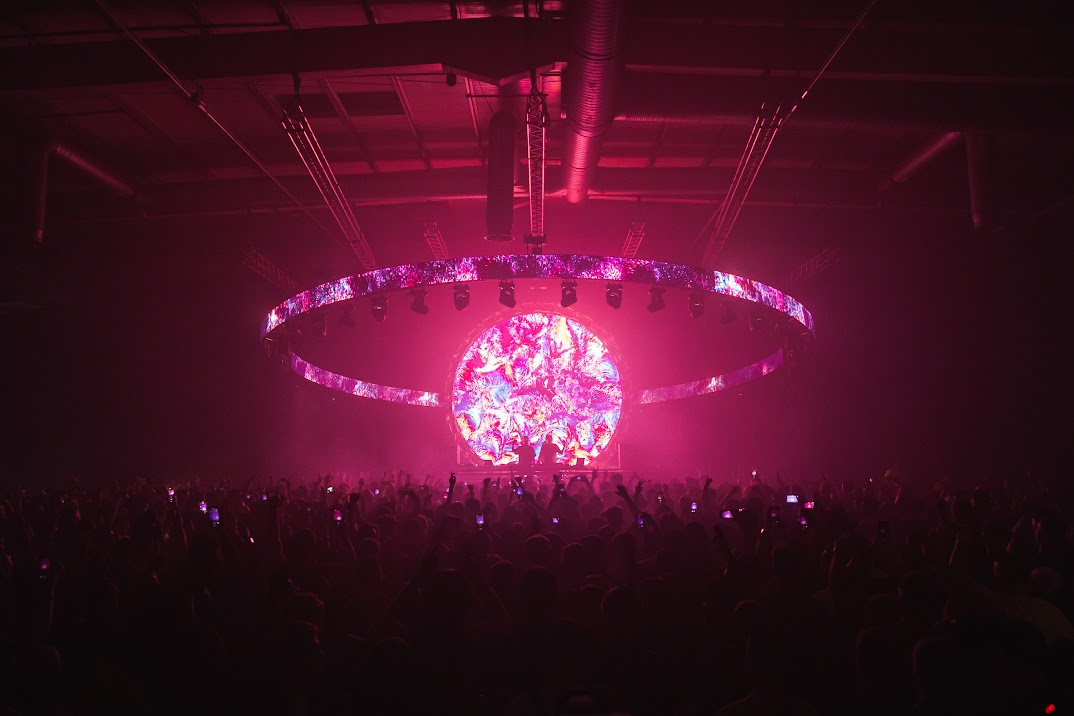 Terminal V Halloween is without doubt the number one date in the calendar for proper house, techno and acid lovers. The festival is renowned for its mind-blowing production and all-round immersive experience, which is why thousands of party-goers attend from all over the continent, all keen to soak up one of techno’s most mesmeric and electrifying parties.

The unique but now familiar setup for Terminal V is its bi-yearly party status; the second event of 2022 is the epic Halloween edition, a strictly indoor affair that makes the raw and extensive spaces of the Royal Highland Centre its own. 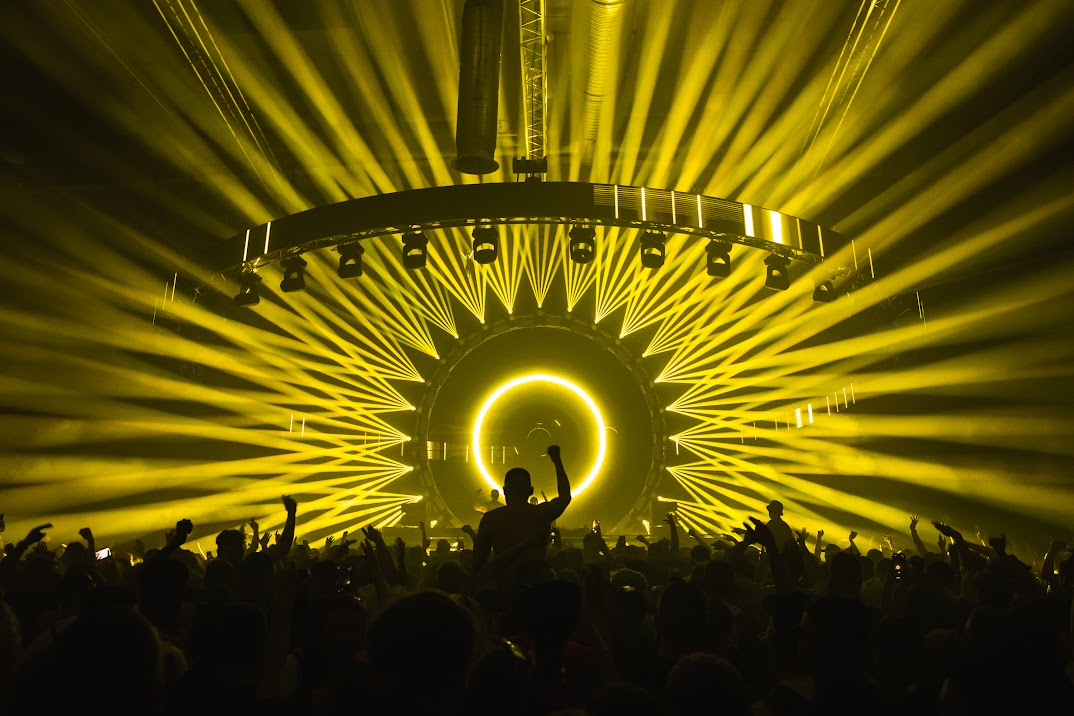 The headliners for Terminal V: Halloween once again mix up influential pioneers, returning favourites and red hot new stars across no fewer than five special stages. First up is Area V which will bounce to futuristic minimalism from Richie Hawtin, rave-fuelled acid techno from Reinier Zonneveld who plays live and the always jacking Berlin outfit FJAAK who also play live. Add in more techno excellence from SHDW & Obscure Shape, Palestine’s trailblazing Sama AbdulHadi, the Pan-Pot duo and Elli Acula and you have an unmissable line-up.

The Terminal is an always iconic place to be and this time out welcomes Berlin royalty Ellen Allien, uncompromising techno from Lee Ann Roberts and more from Anetha, blk., Charlie Sparks, Franck, Klangkuenstler, Partiboi69 and T78. There are still details to come for the final and all new Secret Stage so keep your eyes peeled.

It’s been a long-time coming, but Terminal V: Halloween is not to be missed! 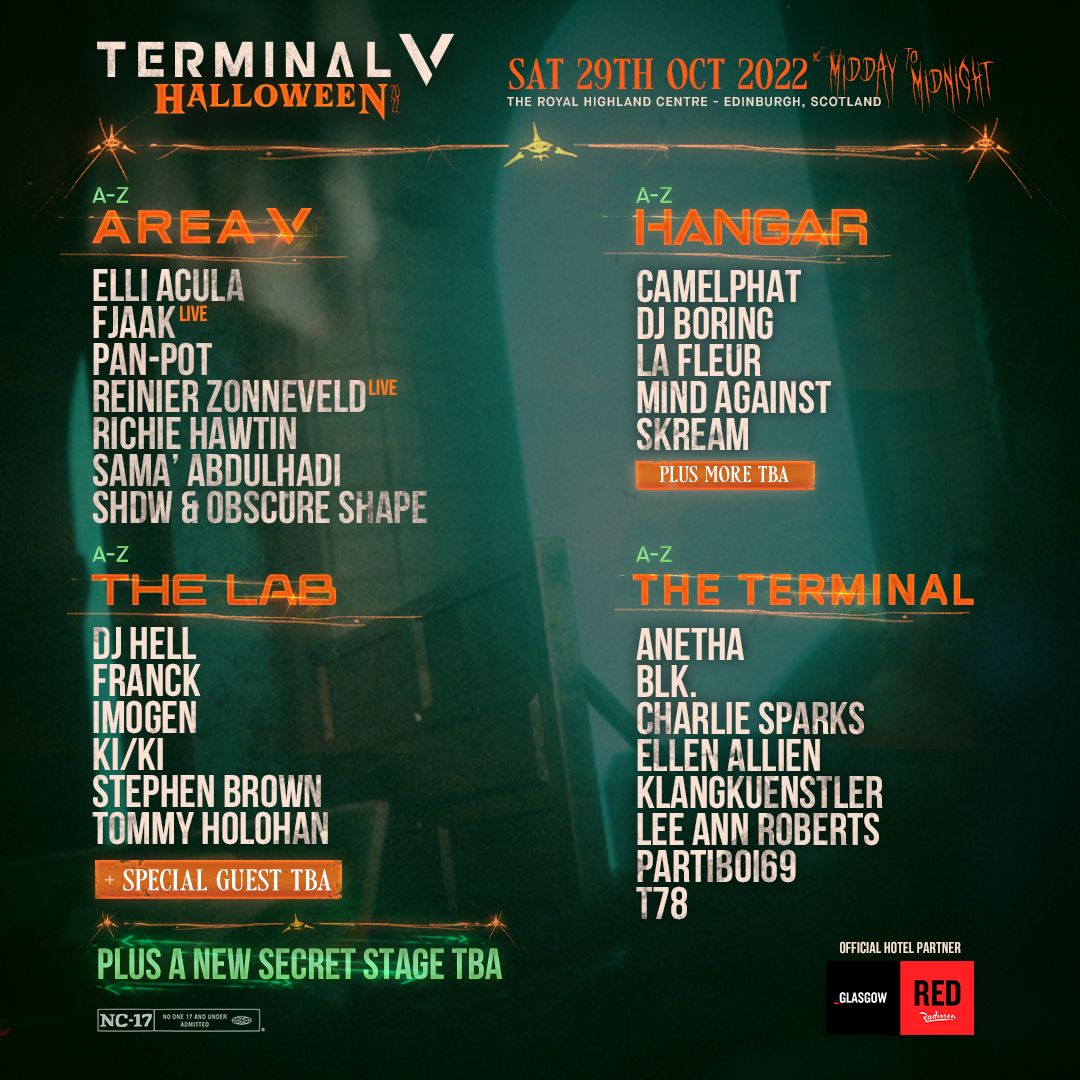