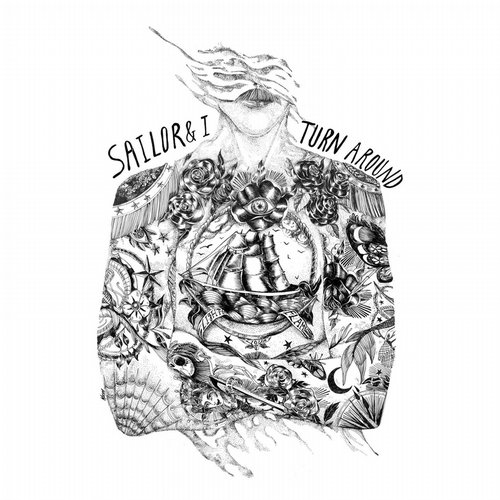 Sailor & I – Turn Around (Life And Death)

Following up from Sailor & I’s critically acclaimed debut single on Black Butter last year, the pop band  are  now  back  with their latest productions for Life and  Death. The two  original tracks, while  very different in  moods, both share  lush productions  and  a dramatic musical storytelling not typical  for a dance music release. While ‘Boys & Girls’ offers a slowed­down mournful and yet beautiful nostalgic tale of childhood days gone by, ‘Turn Around’ comes straight out of the gate like a racehorse on  fire,  flanked by strong  strings and a vocal that pleads a case for love that comes straight from the heart and of course rounding out the release is arguably one of the most anticipated tracks of the  summer, the Âme remix.  This is  Âme at  their finest, taking the song and extending it into an epic masterpiece that works wonders on a dancefloor while never losing the bewitching essence of the original.

Sailor & I connects art and pop music, a metaphor for two wills inside a person, which are in a battle with  one  another. Swedish  singer, multi instrumentalists and producer Alexander Sjödin creates  the  band’s  signature  soundscapes  and  introvert  pop  songs  with  the  use  of  violins, voices, the bass,  analog  synths and prominently featured drums who recall Rhye, Fleet Foxes and Woodkid’s musical landscapes.

Sailor & I is synonymous with Alexander Sjödin who makes music of a similar persuasion – curiously compulsive and at the same time beautiful and utterly brutal. Their first offering saw a debut  single  “Tough  Love”  on  one  of  the  UK’s  most  prestigious  new  taste­maker  electronic labels Black Butter in summer 2013. Airplay followed on all BBC Stations in the UK and interest in the band significantly rose across Europe.  Ever since it  first started  falling on people’s ears earlier this year, the Âme remix of “Turn Around” has been the high point of sets by Tale of Us, Dixon, Mano Le Tough as well as the few select others that have had their hands on it up until this point.

Artist:  Sailor & I
Title:  Turn Around
Label:  Life And Death
Catalog No.:  LAD018DIGITAL