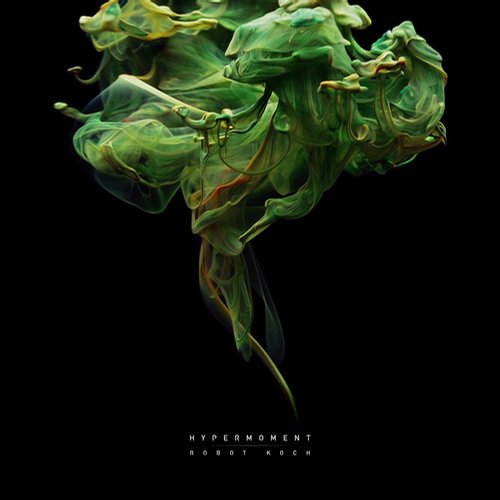 The only thing that is moving along the time axis is our consciousness. The past is still there, the future has always been here. Every moment that has existed or will ever exist is all part of this giant hyper-moment of space time.’ Alan Moore – June 2011. This quote was running through Robot Kochs head as re-located to LA from Berlin. After spending the last 15 years in the German capital, and being spurred on by seismic shifts in both his private and working life, being in a different place, culture, and society brought on the thought that while our conscious mind moves along, the past, present and future all co-exist. This formed the basis, concept and, idea behind his new album Hypermoment. After taking a break from releasing albums to relocate to LA and rediscover himself, Robot Koch returns with his first new album in 4 year, his first on Modeselektors hallowed Monkeytown imprint, and follow up his EP Tsuki. Hypermoment, while retaining Robot’s much loved hallmark’s, is a true evolution of his sound and style. Driving deeper into more intimate territory with swathes of warm, saturated, analog sounds, real world field recordings, and lush pianos and soundscapes, this is the first of any of Robot’s works to feature his own voice (as can be heard on Care, Serenade and Fernwood). The field recordings were captured along Robot’s nomadic writing trips to New York, Berlin, the infamous Joshua Tree in California, as well as his new home base of Silver Lake in Los Angeles, where he was constantly writing and re-writing the tracks to fit in with the basis and ethos of the album.The album features some familiar faces from Robot’s world, LA based schwarzmodul who features on his previous Tsuki EP makes an appearance, as well as Delhia de France from his recent California Dreamin’ collaboration (which was used on the trailer for Warner Bros’ summer blockbuster San Andreas), who is also from the band the Pentatones, who Robot produced and album for in 2014. Robot has also brought through some of his favourite new emerging artists such as the UK’s Fassine (featuring on Spine), and Mree from NYC (featuring on Separated), as well as California based Stephen Henderson (Dreams). While being Robots most rounded work, Hypermoment is also his most personal to date, dealing break ups, culture clashes, and transitions, it optimises Alan Moore’ quote which so heavily informed it. While the past is there to be learnt from, and the future will always be with us, our consciousness will continue to move forward.