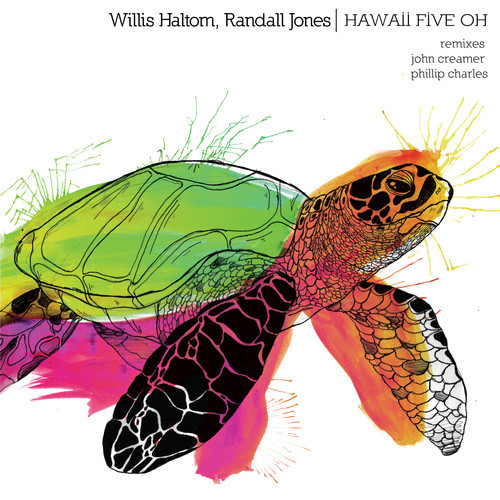 Ah, yes, Riff Raff out with another release to get behind. This Vegas-based label stands out amongst their geographical peers as a thought-leader in the sonic underground. Being from the nitty-gritty Sin City, the obvious is that they get what “dirty, sexy house” music is and have, thus far, delivered that on every release. Yet, what I’ve begun to notice is they’re completely willing to sneak in an unconventional track or two in between deep house dancefloor movers.

In 014, Hawaii Five Oh, Randall Jones and Willis Haltom deliver 128 tech-house influenced elements alongside classic house sounds. “Garbage DJs,” is an updated take on classic-house, with looped vintage vocals and hot synth stabs with cadenced toms that infuse the track with infectious energy. John Creamer’s remix is considerably more upbeat, with that tech-house feel that’ll invoke a packed dancefloor at 4am and you’re getting tracers from the ceiling LEDs.

Title track “Hawaii Five Oh” is another classic sounding track, with a nu-deep house bass line – which we all know I feel quite negatively about trendy plonking basslines – but a melody of simple electric keys keeps it warm, smooth and satisfying. Phillip Charles’ remix is equally as satisfyingly melodic, with spacier elements that rounds out the EP as a wonderfully eclectic release.