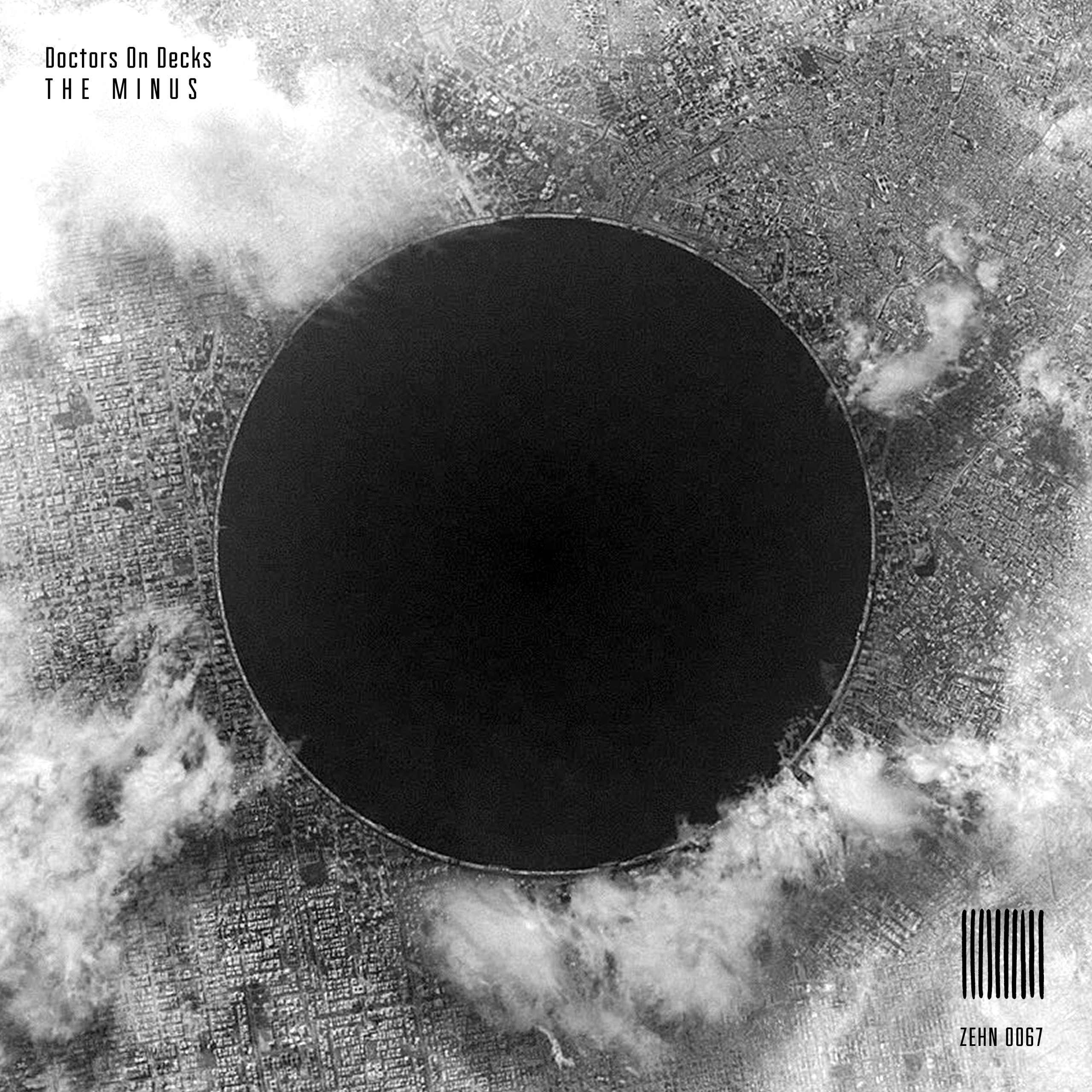 REVIEW – DOCTORS ON DECKS – THE MINUS LP

Doctors On Decks drop their new album The Minus on ZEHN Records and it is a fine debut. It is also a grand concept album based on a sci-fi story about a mysterious black hole in the middle of a megacity – and its effects on society. Across 10 top tunes, this cinematic vision plays out and draws you right into the centre of the narrative.

The title track opens with some deep space ambience and spoken words that set the dramatic scene. Grand Echo is then an eerie piece with warm, heavy bass but an angelic vocal that floats in heaven. There are more rolling beats and falsetto vocals on their spine-tingling Devil’s Door which also has some majestic synth work.

‘Voices’ has a real warmth to it despite the turbulence of the bassline and rawness of father claps – spoken word snippets add to the cinematic feel. Elsewhere,  “NOW” is a statement about capitalism and the epidemic spread of pharmaceutical drug abuse that has airy and loopy drums, floating pads and a serenity that pulls you in.

There are love stories such as “The Fog” and “Rules & Rebels” with singer Anna Heimrath and “The Rats” is a co-production with singer Chris #2 from the punk band Anti-Flag. It is a stark and bleakly textured tune with angular and thrashing guitars that really makes a mark.

The Minus is a thrilling and adventurous listen that is sure to connect with fans all over the world.

Purchase Doctors On Decks – The Minus LP on Beatport