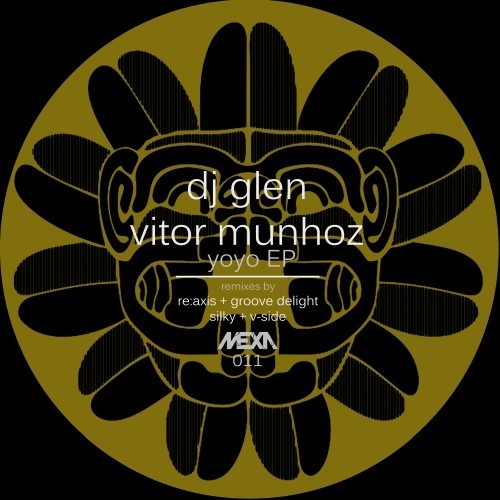 Next up for MEXA Records is a HEAVY release from Brazilian bred producers DJ Glen & Vitor Munhoz, featuring a two part release, the originals and the remixes. Both with roots laid thick in the Brazilian underground techno scene but drawing heavy influences from a range of scenes and genres, the producers combine their myriad of music and take it for a dip in the deeper side of things with this one.

The EP kicks off with two originals from the duo both dark, sexy, and seriously heavy tracks. ‘Yoyo’ is an instant favorite for playing out with its pulsating thick deep and dark bassline. Laced with ominous entrancing vibrating synth cuts and vocals, the tracks tenebrous tribal drums, playful bridge breaks, and retro dreamy synth stabs make it the kind of track you find yourself lost in late into the night. The second track ‘Augusta St’ breaks it down with that G House badass vibe. A heavy bass and even heavier male vocal hit hard to get the booties droppin and floor moving. Steady tech percussion and electro effects really draw from all over to make this an interesting blend of elements.

The second half of the infamous DJ Glen & Vitor Munhoz EP is the remix package, coming to you loaded with 4 hard hitting interpretations.

The first comes from Victor Ruiz under his moniker V-Side. Self-proclaimed as hailing as the “son of mother House and father Techno”, this remix only solidifies his talent. His rework is somehow even more of a powerhouse than the original with it’s heavy deep progressive tech strong unyielding enrapturing thrill. The heavy laden grimy dirty overtones hit just right.

The second from Silky is a sripped down titillating tech remix. By losing the excess of electro and exposing the minimal sound, he takes it from a G House banger to seriously sexy heater all while keeping that badass edge. With spacey overtones cut with sharp percussion its a clean mix and tantalizing trip.

The last two remixes come from Re:Axis and Groove Delight, both taking the originals for a twist in techno. Where the ‘Yoyo’ interpretation from Re:Axis loses it’s heaviness in the bass it more than makes up for in heaviness in percussion. From a deep bass heavy track to a total hard hitting foot stomping techno treat all while maintaing that eerie vibe. The last remix from Groove Delight keeps more of that original dub electro sound but takes it straight tech with hard hitting percussion with a faster beat and amped up strikes.