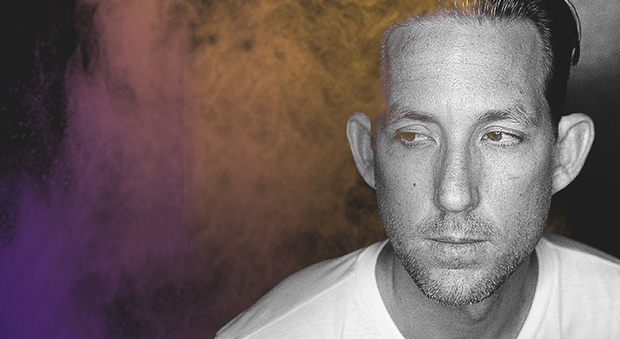 Now that Pan-Pot is firmly underway into their second year of Second State they solidity the family vibes by bringing the sophomore installment of their annual HUB release series. This year American producer Clint Stewart takes the helm and delivers four collaborative tracks with The Reason Y, Michael Klein, Stephan Hinz and of course, Pan-Pot.

The collaborative release pairs Clint with Berlin duo The Reason Y. The joint production is an uplifting ride entitled “Aubade Flares.” The persistent and unyielding grooves of this track lay the foundation, as the opulent tones partner with a rich low end. “Audable Flares” continually grows and grows before rising to a feverish pitch.

Really diggin’ this new EP! Thanks for taking the time to chat with us!
Much appreciated amigo; it’s always a pleasure to do anything for MI4L. Thanks for having me.

Can you explain the concept inspiration behind Hub Two? How is this EP special from some of your other recent productions?
The concept behind the HUB series is pretty simple. Every year an artist from the Second State roster does an EP and each of the tracks on the release are done in collaboration with another artist on the label. This year I took the controls and did 4 tracks with Pan-Pot, Stephan Hinz, Michael Klein and The Reason Y. This EP is pretty special for me because I was able to get in the studio and make some music with artists and friends that I have never made music with before. Besides Stephan Hinz, who I did the track ‘Shimmer’ with last year on his HUB release, it was the first time working with everyone. It’s always really nice to get a peek into how other people make music and I really love the collaborating element when it comes to creating. Also, it was super cool to finally get in the studio with Pan-Pot as we had been talking about it for a really long time and we finally made it happen.

How did you link up with Pan-Pot for this release on Second State?
I met Tassilo from Pan-Pot in 2007 at a party I was throwing with some friends in SF when we booked him. We had a good connection and stayed in touch and from there both Tas and Thomas would always stay in SF with me and then I started spending my summers in Berlin with them. It was a natural progression to get to this point. When they started Second State and set out on their own path, they asked me to be the first addition along with Stephan Hinz which is a no-brainer so that is where the Second State thing came to be. Once it was my turn for the HUB, we knew we would be making some music together so it was just about getting in the studio and making it happen.

What does your creative process in the studio entail? Any rituals?
Honestly, I don’t have a creative process that is the same every time. I start making music with different approaches all the time depending on my mood and inspiration. Sometimes I start with drums and other times with melodies and harmonies. I’m a big fan of sampling so sometimes just finding that one sample to use can start the whole process. I’ve actually recently moved a small studio back into my flat and I have been way more productive. I can work anytime I want and can get an idea out of my head in an instant. From there, I go to the studio to finish it up and do the mixing.  So, besides that my only rituals would be spliffs and dog walks.

How has your recent relocation to Berlin affected your caereer? What’s next?
It was the logical move for me as all the labels I was working with were here and the offer from Pan-Pot to join them on their new endeavor was too good to pass up. Besides the obvious reason and opportunities, the move here has shown me a lot about the industry and the difference between EU and the rest of the world, which was eye opening to say the least. I’ve also gotten to see first hand what it takes to be successful in this industry which is pretty brutal. The work ethic, time management and level of professionalism that it takes to succeed is mental. Surrounding myself with other successful and hard working artists is where I need to be. As for what’s next, I have this HUB EP being released on Second State and a remix of Frankyeffe on Riot Recordings coming this month as well as my debut EP on Alex Niggemann’s Aeon imprint in August. Lots more coming too just can’t say where the music is coming out yet, but there will be a lot more.

What cool gigs are on the horizon for you this summer?
Second State at Sonar is this Wednesday and is always one of my highlights of the year. A gig at Watergate end of June and then I take off to the States for a month in July for my US and then back to EU again for some more gigs before ADE in Amsterdam with the Second State crew.