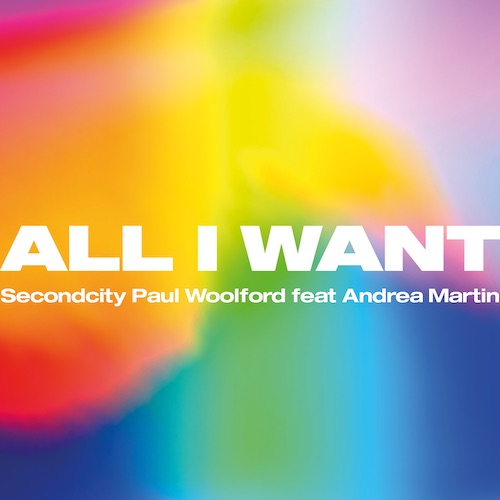 Paul Woolford and Secondcity team up for huge house anthem

Following on from his chart topping collaboration with Diplo, Looking For Me, Paul Woolford joins forces with Secondcity for All I Want via Black Butter (UK) and Three Six Zero Recordings (US).

Secondcity’s English roots and upbringing in Chicago have influenced the house cuts that are the lifeblood of his music. His UK No.1 I Wanna Feel has racked up over 65 million streams on Spotify alone, and is still heard regularly on BBC Radio 1 today.

From early on in his career, he gained support from DJ heavyweights Skream, Kenny Dope, MK and Nic Fanciulli, before going onto release on the likes of Last Night On Earth, ABODE and CR2 where he repeatedly topped the Beatport Charts. He returns to follow up the promise of I Wanna Feel in collaboration with the unstoppable Paul Woolford.

Over the last 20 years, Paul Woolford has delivered remixes for the likes of Disclosure, Chemical Brothers, Depeche Mode, Lana Del Ray, Sam Smith and has applied his touch to over 200 records that have spanned across a multitude of genres. To date, he has recorded 5 Radio 1 Essential Mixes, gained 3.5m monthly listeners on Spotify whilst holding residencies at Space on Sundays in Ibiza and Back To Basics in his hometown of Leeds.

Brooklyn-born Andrea Martin is a powerhouse songwriter and performer who has written incredible hits for the likes of Toni Braxton, Monica (Before You Walk Out My Life), Angie Stone (I Wish I Didn’t Miss You), En Vogue (Don’t Let Go) , SWV (You’re The One) and many more. A major in vocal music, Andrea graduated from Fiorella H. LaGuardia High School Of Music & Art and Performing Arts in 1990 and has since proved herself to be a true original.

Now joining forces on the respectable Black Butter label as well as Three Six Zero Recordings, Secondcity and Paul Woolford unite with Andrea Martin for All I Want. Combining the pairs skill for quality house production, All I Want is filled with wide-eyed optimism, as well as a monster piano riff and Andrea Martin’s captivating vocal to make for the ultimate end of summer smash.