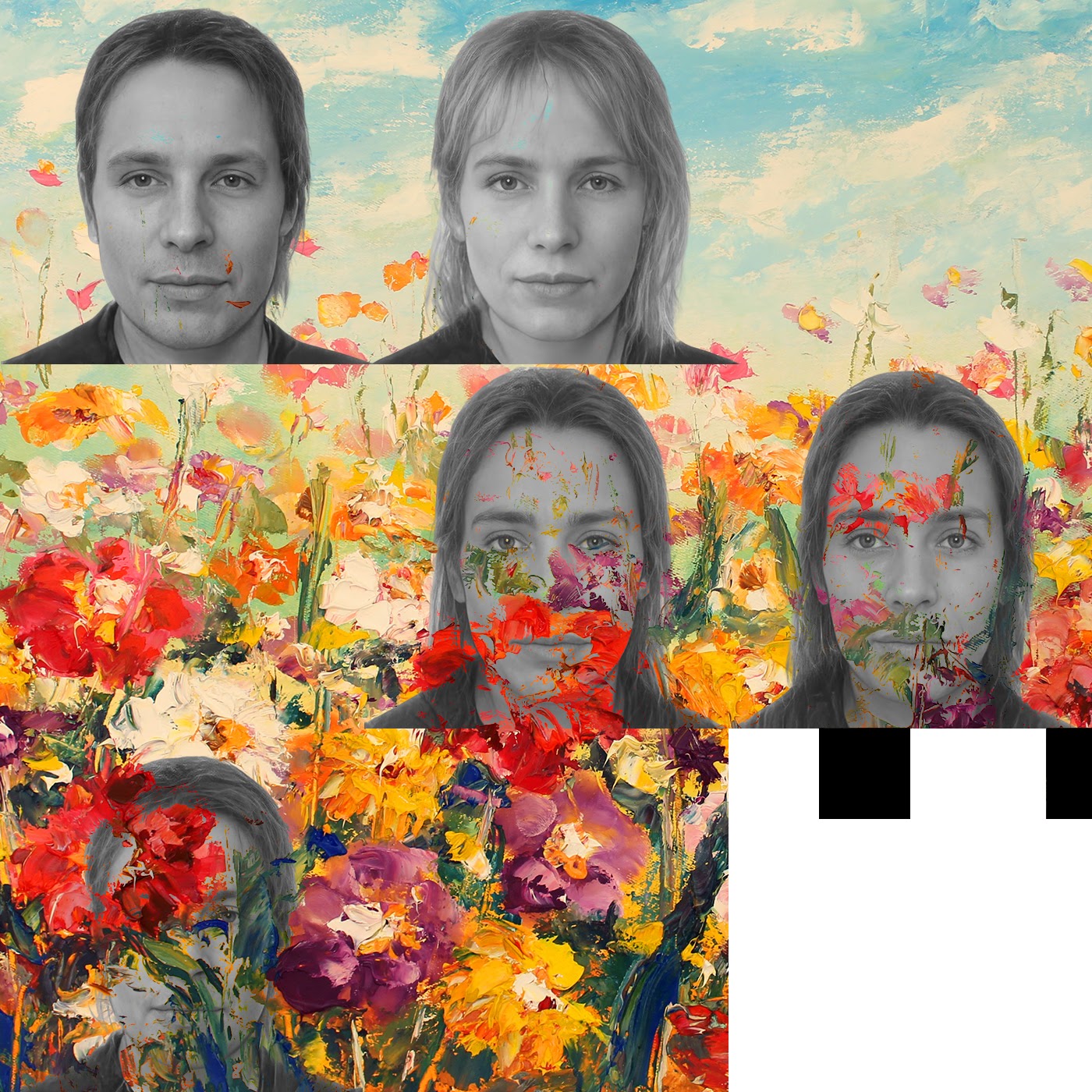 
Agoria’s cultured Sapiens imprint is fast approaching its 50th release, but before we start popping bottles and celebrating their momentous golden anniversary, let’s first take a moment to absorb this stunning offering by label regulars Parallells.
Due for release on April 16th, the 3-track EP consists of a brand new fully acoustic version of Parallells and Abundance’ hit “Blooming Flower”, sat snugly alongside two decidedly non-acoustic remixes by Blond:Ish and Whitesquare.
Acoustic arrangements are no stranger to classically trained jazz musicians and brothers Thomas and Julien de Bie, aka Parallells, whose new take on “Blooming Flower – this time recorded with a 7-piece band – finds them rewriting themselves in new and organic ways :
“With this fully acoustic version of “Blooming Flower”, we wanted to express a new world; a world where the wind blows a burst of consciousness, where the whole planet fills its lungs, breathing slowly, intentionally. An orchestration of peaceful systems, offering harmonious consumption and essential realizations for healthy advancements of life. It’s the time of blossom. The time for a regenerated world.”
The two brothers of Dutch origin grew up influenced by jazz and classical music – and after having travelled the world enriching themselves in different cultures and sounds, are now settled in Amsterdam, where they run their label and studio of the same name, “Klassified”, combining their individual characters and unique closeness with a shared love of creation and composition, always in true symbiosis.
The choice of Blond:Ish as a remixer came naturally. Canadian-born, Barcelona-based Vivie-Ann Bakos – one part acclaimed electronic artist with key credits on labels such as Kompakt and Get Physical Music; the other eco-warrior and environmental activist – is also the leading force behind ByeByePlastic, an initiative aimed at wiping out single-use plastic in the music industry. Her fantastic remix instils a fresh heartbeat and energy to the original, guaranteed to uplift any dance floor to an ecstatic level.
Rounding off the package is Italian Whitesquare, admired by Parallells for his superb releases on the likes of his own Whitesquare Series as well as Manfredi Romano’s Life And Death. Whitesquare manages to give a whole new perspective to ‘Blooming Flower,’ bringing depth and profoundness to the original’s lush vocals and melodies.
Parallells
https://www.facebook.com/parallellsofficial
https://soundcloud.com/parallellsofficial
BLOND:ISH
https://www.facebook.com/Blondish
https://soundcloud.com/blondish
Whitesquare
https://www.facebook.com/Whitesquaremusic
https://soundcloud.com/whitesquare-1
Sapiens
https://www.facebook.com/sapiensrec
https://soundcloud.com/sapiensrecords