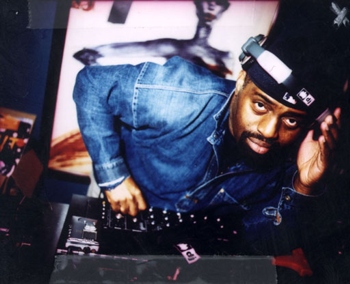 One Day Early… The Godfather In celebration of creation and the coevolution of both our species and artistic imagination. Where it all began. The Warehouse. Chicago. Frankie Knuckles. The legend, live in 1981:

And blasting out of New York in 1981, two of Frankie’s most frequent collaborators, Francois K. and Larry Levan, two hugely influential artists and instrumental forefathers in their own right, here in production with The Strikers: