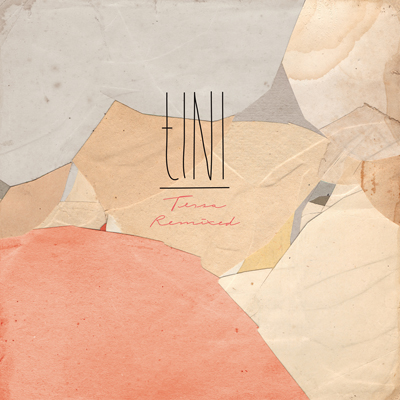 [New Release] tINI’s debut album, Tessa, would imaginably need no support from any remixers.  The album is stand out as a stand alone work, and a work that Desolat and tINI are surely immensely proud of.  However, the Tessa Remixes add some beautiful takes to the LP’s seemingly perfect collection of sounds.

Carl Craig’s remix of “My Shine” is a hard-hitting, club version of the original.  Craig adds a dark twist to the previously dreamy vocals, and shifty hi hats propel this track into 3 am territory.

Pulshar reinvents the wheel in “Mine Has A Shower” by ridding the track of its darkest elements and infusing it with lighter vocals and layering synth melodies, while managing to maintain tINI’s creative expertise — soul-penetrating depth.  The result is an almost entirely new track that harvested only the most basic elements of the original.

“Blonde Galipette” is one of the most subtle and delicate tracks on Tessa, its understated elements coming together to form a beautiful braid of sounds.  Martin Buttrich’s remix ups the energy by complicating the composition and breaking up the vocal elements.

I didn’t think it could get better than Tessa but this collection of reworks is an incredible compliment to the album and is a must-listen for you deep and techy disco dancers.