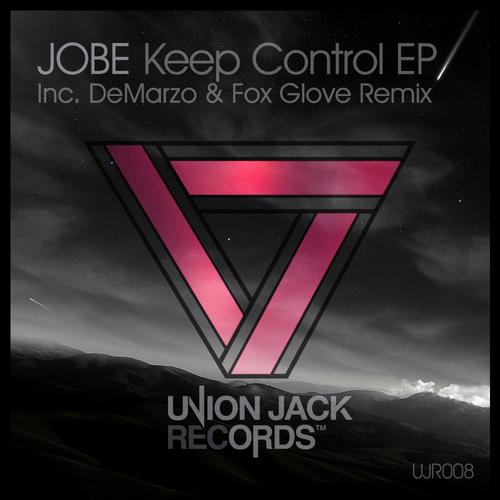 [New Release]  If you have yet to hear of the prodigious Jobe and his colossal sound you must have either been under a rock or out of the musical loop.  With four massive releases in one month, Jobe gifts us again with this release, Keep Control EP, out now on Union Jack Records with remixes from Demarzo and Fox Glove.

The title track, ‘Keep Control,’ is a prime example of the sound that Jobe has created.  Dark, emotive, ghetto, spacey, funky, melodic, bass-heavy music is exactly what we know, love, and expect from this talented Londoner. ‘Keep Control’ satisfies all of the above categories with its ominous use of vocals, banging beats, deep grooves, heavy-melodic bass, and overall enormous sound.  The second track, ‘Chicago,’ is another monster of a track.  With a loaded groove, dark vocals and stabbing synths this is just a incredible follow up to an already amazing first track.  Demarzo adds his own touches to the title track with his groovy remix by speeding it up a bit, adding a new melody with a spacey element.  Fox Glove take on the other track off the EP with a much more acid house take on the original.

Overall this EP is another banger from Jobe and if he keeps on the path he has been treading in the past few months, it would be surprising for him to not become a household name within the electronic music community.  We look forward to his next release which is due to come out sometime next week!