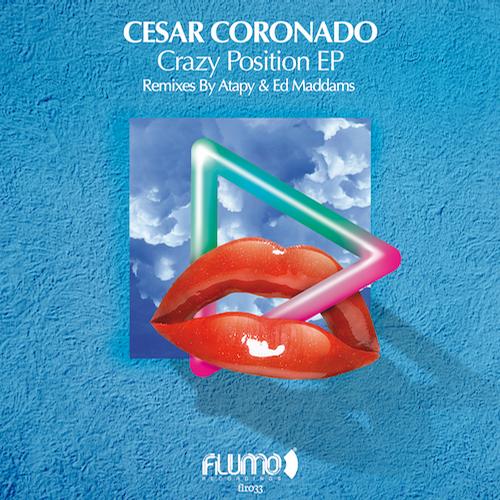 [ New Release] 2012 has been a great year so far for Cesar Coronado.  Already having quality releases on Neim and Idea this year, Cesar brings us the Crazy Position EP on Flumo Recordings — an awesome four track EP with two original tracks and remixes from Atapy and Ed Maddams.

The title track, “Crazy Position,” is a classic example of a great tech house song with the track’s movement being emphasized by the hi hats and bass. Atapy’s remix pushes the BPMs on the original, but adds depth by lending a new melodic touch.  Ed Maddams goes in the opposite direction of Atapy with a stellar, slowed down, soulful dub mix which includes the addition of vibraphones and loaded layers.  The final track, “The Way I Feel About You, is another original from Cesar in which he uses a multitude of vocal samples to move the track forward, further evidencing that this record is quality from start to finish.  Every track on this EP is stand out, giving this release the flexibility for play no matter what the mood, time, setting, or crowd.