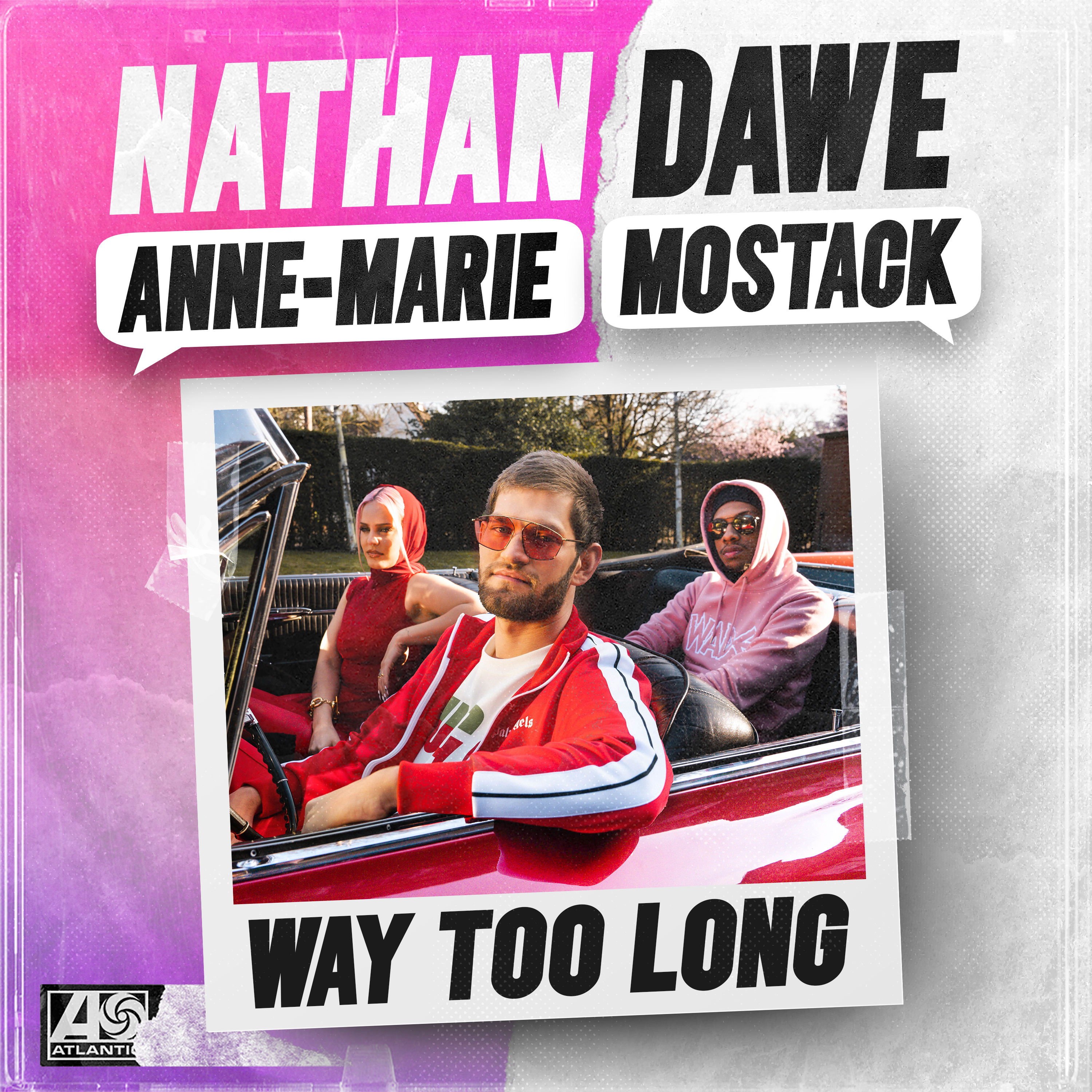 Rising star Nathan Dawe has announced the release of new single ‘Way Too Long’ with Anne-Marie & MoStack – a sparkling, infectious follow up to his latest UK Top 20 single, ‘No Time For Tears’, with Little Mix.

The release of ‘Way Too Long’ follows the news that Nathan’s 2020 dance anthem, ‘Lighter’ ft. KSI, has been nominated for British Single at the forthcoming 2021 BRIT Awards in May. Landing as Nathan’s first ever BRIT nomination, it cements his status as one of the UK’s biggest and most exciting breakout artists of the last 18 months.

New single ‘Way Too Long’ is bright, bubbling, undeniably catchy dance music at its best and builds on a formula that Nathan has made all his own since first turning heads with the release of ‘Flowers’ ft. Jaykae at the back end of 2019. It also sees Nathan collaborate with Anne-Marie – herself riding high in the charts with ‘Don’t Play’ alongside KSI and Digital Farm Animals, which has spent the last 11 weeks inside the UK Top 10 – and coveted rapper, MoStack, who featured on UK Top 10 hits ‘Fashion Week’ & ‘Dinner Guest’ alongside AJ Tracey & Steel Banglez, for the first time.

“I’m so excited for everyone to hear ‘Way Too Long’”, says Nathan. “I’m such a big fan of both Anne-Marie and MoStack, so to have a track with them both is amazing. The record has a real summery vibe and I feel it’s got what people need at the moment.”

The official video, directed by Troy Roscoe and featuring all three artists, sees Nathan, Anne-Marie and MoStack cruising around in a classic red convertible and partying the day away in a country mansion – a fun-loving, carefree ode to being reunited with friends and living life to the fullest.

‘Way Too Long’ follows the success of Nathan’s previous singles, ‘No Time For Tears’ with Little Mix, which gave Nathan his third UK Top 20 single in a row earlier this year, BRIT-nominated, Platinum-selling UK #3 single ‘Lighter’ ft. KSI and breakout single, ‘Flowers’ ft. Jaykae, which peaked at #12 on the Official UK Singles Chart early in 2020.

Elsewhere, Nathan was crowned MTV’s Push Artist for 2021 back in January, holding off fierce competition the likes of Griff, Pa Salieu, Arlo Parks and Bree Runway. He was also made an official ambassador of Aston Villa’s Foundation last October – the football club he’s supported since he was a boy – and recently announced his debut ‘Way Too Long’ UK headline tour, with nationwide dates scheduled for November and December. Please see below for more details.