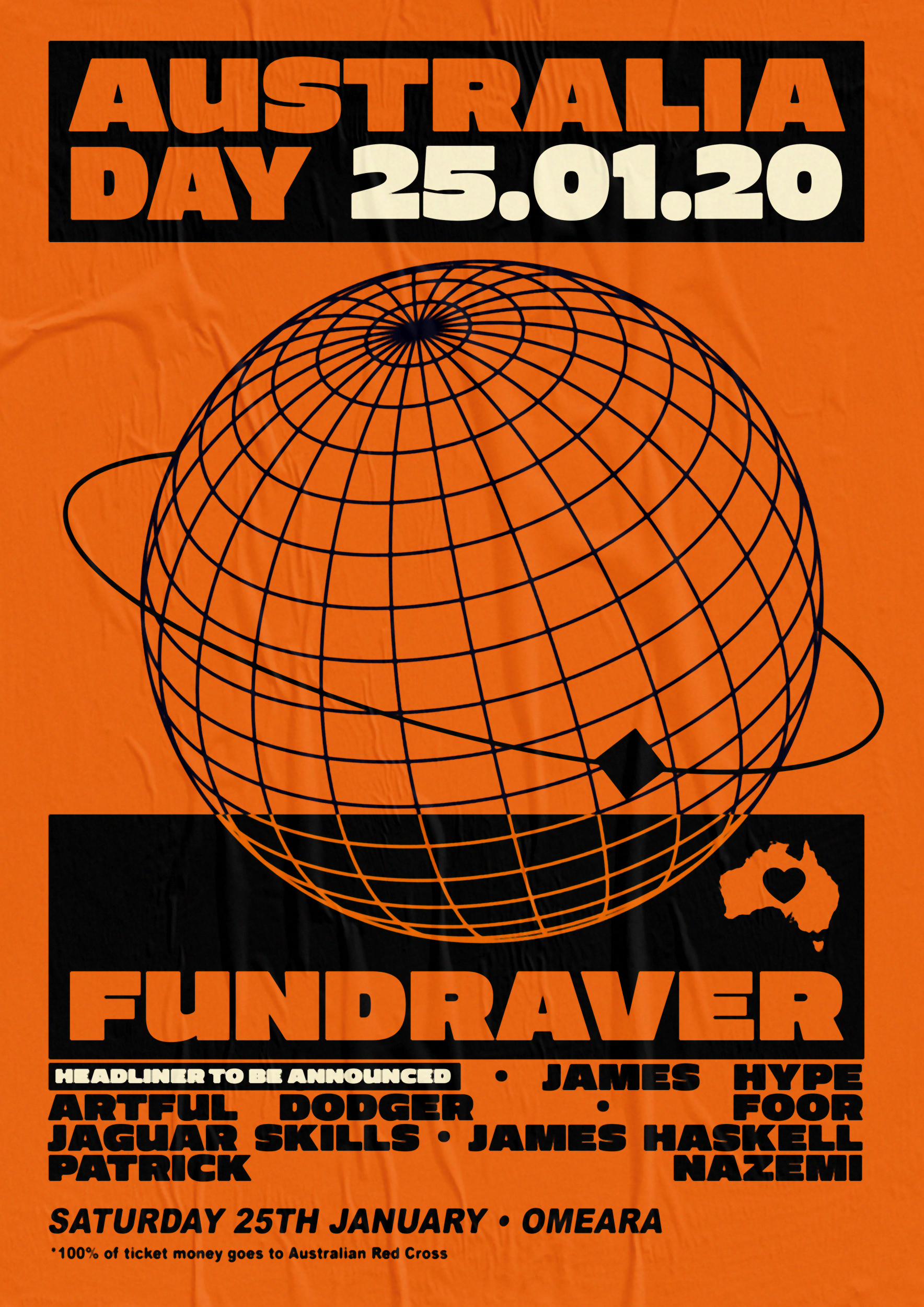 Musicians unite to raise funds for the Australian Bush Fires

Although the UK is 9,442 miles away from Australia, it can’t sit back whilst it burns down. Show your support at the FUNDRAVER taking place this Australia Day (Saturday 25th January). With DJ’s including James Hype, Artful Dodger, Foor, Jaguar Skills, James Haskell, Patrick Nazemi and a BBC Radio 1 headliner to be announced on the day, the FUNDRAVER promises to be the ultimate party that will show support to the other side of the world.

Headed up by Ibiza Resident and Patrick Nazemi, the event kicks off from 9pm at Omeara in London Bridge, where people can rave up to 3am. With all proceeds from tickets going to the Red Cross Australia, the organisers are aiming to support those who need it most.

We felt as a music community helpless when the news broke out about the Australian bushfire disasters. Working alongside one of the event organisers who was a previous resident in Australia, we felt like something had to be done, as many people didn’t know how to help. By reaching out to a few DJ’s in the industry, we managed to gain great traction from those who were willing to use their time and creativity for a great cause and DJ set. We are really happy with the lineup and the BBC Radio 1 headliner, who will be announced on the day – bringing incredible energy to the decks. Join us in helping those in need through the act of raving and great music.

The mammoth line-up of DJs will be all be volunteering their precious time to play sweet music in order to raise the hefty donation. Tickets are £10 and can be purchased from Omeara’s website, however, if you can’t make it and want to donate ‘I can’t make it’ tickets are available on the same page.