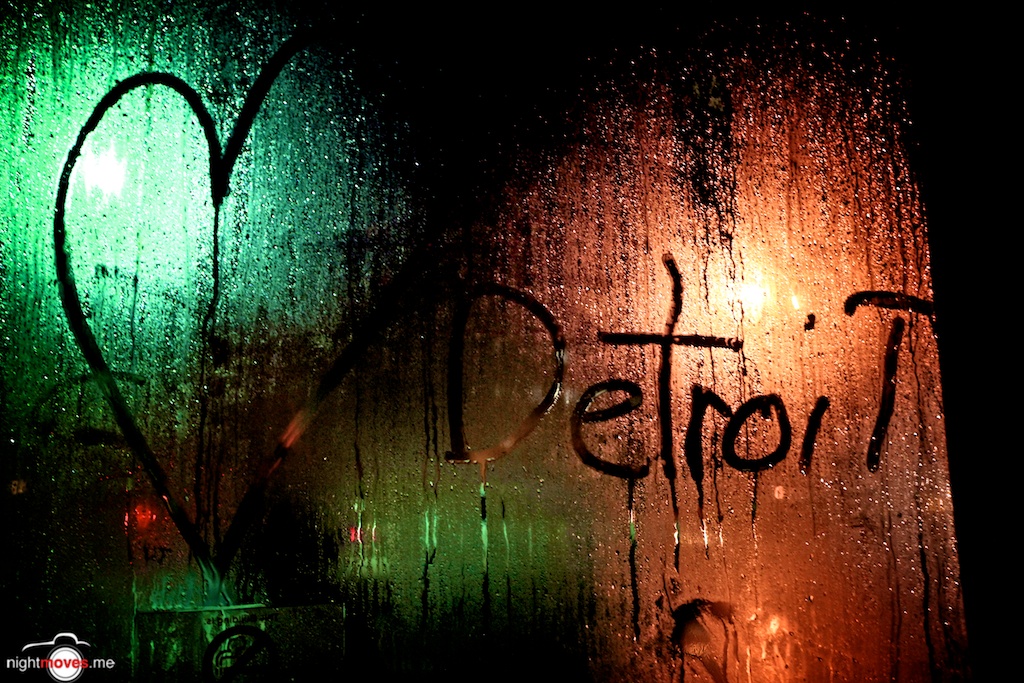 That magical time known as Movement is mere days away, and anticipation has officially reached critical mass. Sound and stages are being set up in Hart Plaza, as techno tourists from around the globe get ready to take on Detroit for three days of dancing and round-the-clock revelry. We’ve already highlighted many notable names on the lineup, as well as our picks for prime afterparty action, so we wanted to share some non-festival events that deserve a little love and a lot of respect. Save some energy and make your way to one (or more!) of these fine non-festival offerings:

If you’ll be in town in time, head over to the Red Bull House of Art, where they will be showcasing a new batch of talent on Thursday night. Featuring local artists Bethany Shorb, Matt Abbott, Jerry Abstract, and Jeedo X, who will each perform live, in addition to debuting their visual installations, “showcasing the music influenced by their own art and fellow respective artists — a submersive, abstract experience that brings each creative process full circle.” Event is free and open to the public.

The first in a new annual discussion on the undeniable Detroit-Berlin Connection, this panel serves to tell the story of how Berlin counterculture has transformed the city over a 25-year period, since the fall of the wall and the reunification of the capital, with the help of a common language everyone could understand: Techno. The Detroit-Berlin Connection project is an attempt to return Berlin’s transformational energy back to the city of its origin: Detroit.

The program will include presentations by the representatives of the organisations involved in art/entrepreneurship efforts key to the city’s revitalization over the past 25 years. A panel discussion featuring Berlin and Detroit participants will follow, along with a Q&A session and a chance for the public to mingle with the speakers.

The event is free and open to the public.

The Detroit Ableton User Group will be partnering with Ableton for an evening of workshops and public presentations from local artists, Ableton representatives and Certified Trainers for a three hour session on exploring composition, sound design, production techniques and performances utilizing Ableton Live, Max for Live, and Push. The workshop will feature demonstrations, Ableton giveaways, and presentations from local artists and Ableton experts who will share some unique music making approaches. In addition there will be a modular synthesizer showcase and presentations about some new innovative modular technology. Event is free and open to the public.

Music originating from Detroit has been innovative and impactful, spanning many genres that include techno, rock, rap, soul, punk and, of course, Motown. This tour will take in many relevant sites, including the Masonic Temple and Michigan Theater, St. Andrews Hall and Chin Tiki, Cobo Hall and the Motown Museum. There will be a stop at the Detroit Historical Museum for a visit to the Kid Rock Music Lab, which touches on many historic venues and much-loved Michigan-bred artists. Before heading back to the Wheelhouse, we will stop in at PJs Lager House, a venue that hosts many current local and touring bands for a quick bite to eat (limited menu options included in price of tour). Mileage: Approx. 12. Cost: $45 (includes bike rental)

Techno in the 313 Bike Tour

This tour will bring the beats that electrify Detroit to life. Spend an early afternoon in the saddle visiting Detroit’s historic electronic music sites, including The Music Institute, Underground Resistance HQ and the Packard Plant. This tour is recommended for more experienced cyclists. Mileage: 16 or 21, depending on ability of group. Official event of Movement. Cost: $40 (includes bike rental)