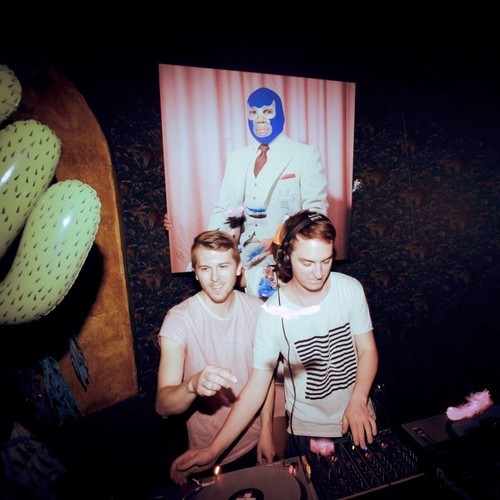 [Mix] No Regular Play completely blew us away with their Live set at Lovelife‘s ‘The Last Xmas‘ party last month. Seriously, that live trumpet, ufffffffffffffff. It was too blissful and beautiful for words to ever describe. Sulty, sexy, sweetly seductive and instrumentally elevating … the boys from NRP have that instrumental seduction down to perfection. “Scanning the airwaves for their early influences and inspirations, the Brooklyn duo present a radio-style mix that charts their diverse musical background – flipping between Madlib and Miles Davis, Battles and Bjork.

Both accomplished musicians in their own right, Greg Paulus and Nick DeBruyn flirted with various genres and musical forms before falling in love with the innovative electronic music championed by Wolf + Lamb. Friends since the age of 8, the pair were first influenced by iconic jazz and hip-hops acts in the vein of A Tribe Called Quest, J Dilla and Miles Davis. Dedicated to music, Greg started playing trumpet at local jazz clubs in his teenage years and together the pair travelled to Cuba’s Havana to study Afro-Cuban rhythm, music and culture. Around 2008, the duo met Wolf + Lamb founders Zev and Gadi, and immediately began a fruitful musical and personal relationship. No Regular Play was the result and now the group’s first album, Endangered Species, has been released to much acclaim.

Taking them right back to their musical roots, this is what the guys had to say about their mix:

‘This is the first mix in a series we hope to continue called, Inspirado Radio. The idea was to include music that we listened to while growing up that really inspired us and shaped our collective musical taste and style before we started producing on our own. We wanted to include many different genres of music, so we thought we would make the mix sound as if you’re tuning through the radio and landing on different stations: jazz, hip-hop, oldies, college radio, etc. This also gave us a chance to do some fun radio drops :)”

available for DL at:
www.oki-ni.com/mix-series/ms105-no-regular-play