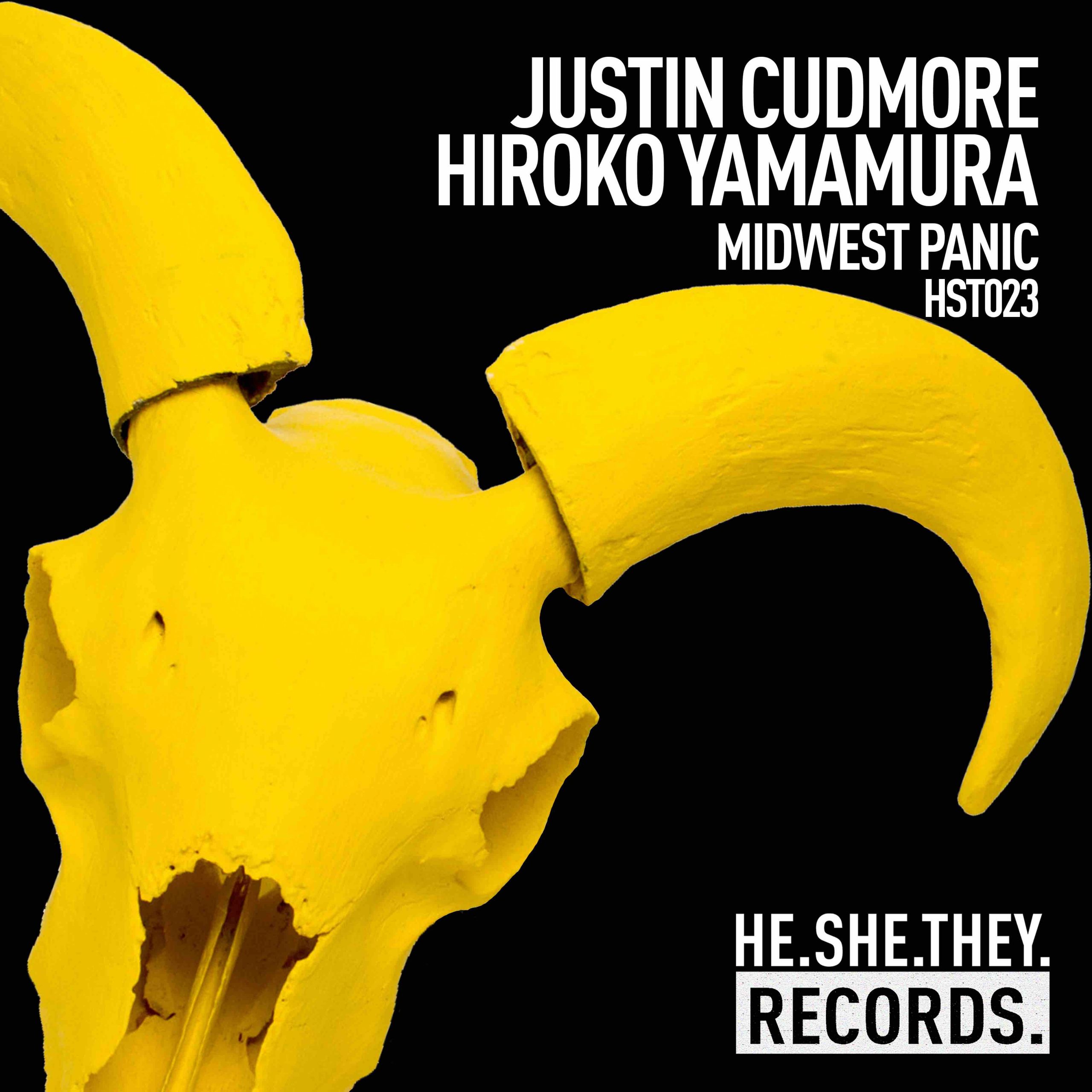 Justin Cudmore and Hiroko Yamamura come together for a new EP entitled ‘Midwest Panic’ on HE.SHE.THEY. that perfectly encapsulates their shared queer scene experiences and formative years growing up in Chicago

HE.SHE.THEY return with 2021 pick me up courtesy of H.S.T. family favourites Justin Cudmore and Hiroko Yamamura. Following killer releases on The Bunker NY, Honey Soundsystem, and Phonica Records, Justin Cudmore teams up with Chicago legend Hiroko Yamamura for an acid-tinged and jacking ode to the Midwest rave. Long-time friend Hiroko is known for her slick releases on Planet E, Impact Mechanics, and Afro Acid. Together, Justin and Hiroko have played B2B sets in Brooklyn and Chicago and hope to bring new energy to the dancefloor as parties and events open this Summer 2021. Heartthrob, aka Jesse Siminski, also from the Midwest, provides a powerful and deep remix to round out the release.

A Midwest-born and raised DJ, Justin has played at queer parties such as Wrecked, Queen!, The Carry Nation, Horse Meat Disco, Honcho and Club Toilet has gained a following worldwide with appearances at clubs like Smartbar, Panorama Bar, Razzmatazz, DC10 and Lux Fragil.

Heralded by XLR8R as one of Chicago’s top 10 DJs, Hiroko has toured the globe spreading the sounds of Chicago, including gigs at the famed Detroit Movement Festival and being in regular rotation across Europe, including Berlin France and Ibiza enjoying time behind the decks recently at venues such as Amnesia, Database, Diez Warehouse and Radion as an example. Currently the main resident at Chicago’s legends Spybar, as well as participating in the city’s revitalized underground resurgence. She actively contributes jacking Chicago techno with an edge all its own, along with her like-minded colleagues and collaborators, including Black Asteroid, Seth Troxler, Hyperactive, Angel Alanis, Dani Ramos and Submerge.

EP Opener ‘Midwest Panic’ is a textbook warehouse track. It’s raw, dirty and rugged, with acid lines, prickly drums and jacked up percussion all working you into a sweat. The fantastic ‘I’m Not A Trip, I’m A Journey’ is another visceral, full-body workout with more manic acid, angular drums and freaky synths that grow increasingly wild and impactful.

Long time techno mainstay Heartthrob then remixes ‘Midwest Panic’ into a stripped back and spooky roller, with haunting synth designs and occult effects making for an unsettling piece of atmospheric techno. Last of all is ‘Midwest Panic’ (Please No Acid Dub) which has elastic drums and lithe metallic synths contorting and twisting for six arresting minutes.

Another very proud release on HE.SHE.THEY. <3 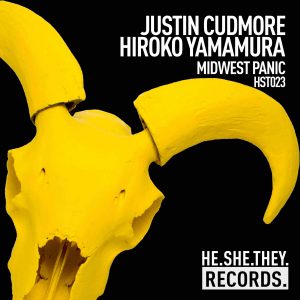