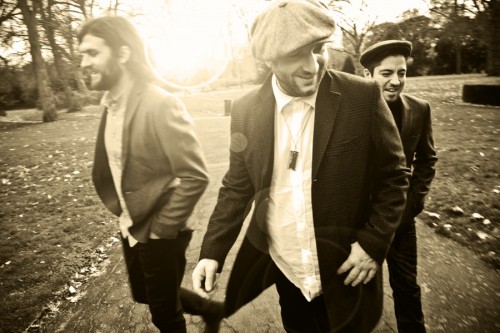 Ahead of their anticipated live performance in Miami at the Gato y Disco party March 20th, PillowTalk took some time to have a few words with us about performing as a live act, forthcoming music and more. We’ve always admired this trio for their infectious melodies and unique musical flavor, so supporting the Gato y Disco party was a no-brainer for us. It seems we aren’t the only ones who are in awe of PillowTalk’s live skills. This year, the fans spoke up and voted them into Resident Advisor’s top 20 live acts of 2012 at the #11 spot. It’s no wonder why these guys are such a hot-ticket.

1. You guys are part of quite an amazing line up for Gato y Disco, playing side by side with several other live acts. Do you think differentiating one’s self as a live act will become more popular as the DJ craze continues to build?

It’s hard to tell what’s popular or not, since fads last about 48hrs in our day in age. I mean, we have seen the DJ craze come and go over the past 20 years and we think playing live is in no response to DJ popularity, but a completely different way of expression. There are also many forms of “live” in the electronic dance scene. We play instruments and sing live, and not everyone knows how to play “live” that way. Most people plug in a laptop and a controller and trigger loops. It may be becoming more popular to learn how to play instruments or take singing lessons?

2. We love to see the creative live element implemented in shows. What would you say the biggest challenge of live performance is in comparison to the traditional DJ set?

First and foremost, the biggest challenge is getting all the equipment to work and sound great for whatever room or area we are playing in. No two rooms are alike, so that is why a proper soundcheck is imperative for a fantastic show. That also runs very close with the challenge of not being able to hide behind turntables or CDJs, which tend to be extremely reliable when performing….when you play live it’s very easy to make a mistake.

3. Many things can go wrong in a live performance, yet sometimes, things can come together perfectly, sometimes even more perfectly than the studio recording. I suppose that is what makes live performance so exciting. Can you tell us about one of these “magic” moments?

There are really too many magic moments to name…but one does comes to mind. I don’t remember the exact event but we stopped the music to “Soft” and the entire crowd was singing along. It’s really hard to top that kind of support or feeling.

Speaking for the band I would have to say “Soft.” It’s just a really beautiful song with tons of heart and feeling. That song has affected a large amount of our fans and is always a huge hit when we perform it live. It’s also very fun for us to perform because it really brings out our individual strong points in the band. We have been performing it live for 2 years now and I can’t remember it ever going over poorly.

5. Is there anything you would like to tell your fans in anticipation of Gato Y Disco?

Yes, we have a couple new ones that have been tearing it up. They are slated to come out on our first album. It’s always great to inject new life into the live set and equally great when the crowd eats it up. So look out for some new jams Gato Y Disco! We look forward to the event and are thrilled to be playing alongside such awesome talent…great job on the bookings!