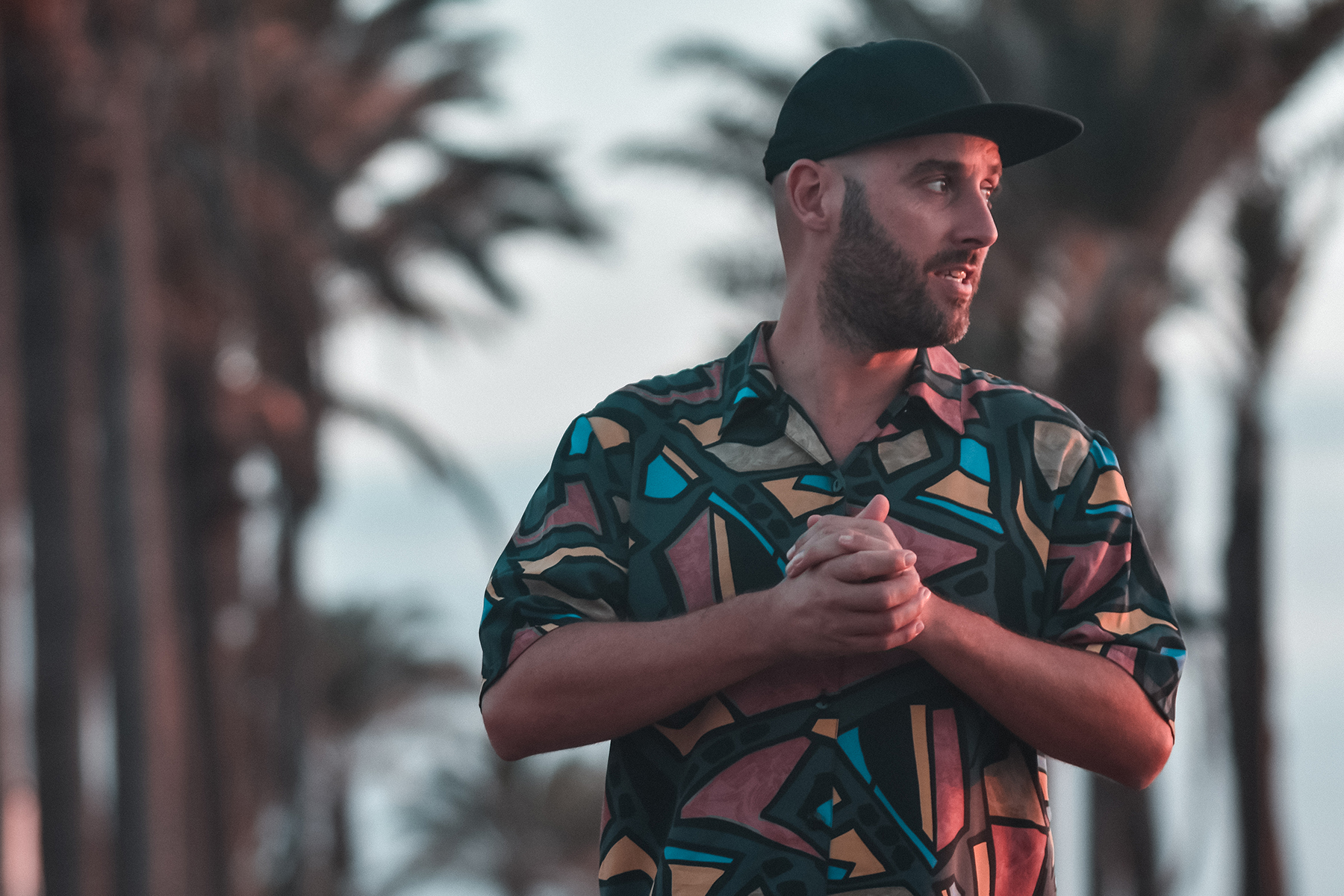 We are delighted to bring you Too Many Rules’ head honcho,  Javi Bora, for the 256th episode of our beloved Lovecast series!

Javi Bora is the official resident DJ of Space Ibiza worldwide tours. He has also graced the best clubs and festivals in cities such as Ibiza, London, Tokyo, Berlin, Sydney, Barcelona, Santiago de Chile, Moscow, Singapore and other corners of the world. As well as several times at the world-renown elrow, Luciano’s very own Vagabundos events and Kompakt Records parties. Bora brings rhythm and groove wherever he goes.

Javi Bora has gained respect and recognition as one of Ibiza’s best resident DJs over the years. Nominated three times as Best Artist of the Year at the Vicious Music Awards. Javi Bora’s musical passion and background beginning in his childhood certifies him as one of the most interesting, unique and talented DJs based in Spain. His deep house and techno-house sets cleverly reflect his life influences from funky, Latin, Jazz to African music. He tells a history and takes you on a journey in his sets and adding a unique special vibe.

His productions, carefully balanced between classy House and groovy Tech House have earned the support and admiration of international first-class artists such as Carl Cox, Laurent Garnier, Mark Farina, Loco Dice, DJ Spen, Steve Lawler, Roger Sanchez, Groove Armada, DJ Sneak, Jimpster, Nic Fanciulli, Phil Weeks or John Digweed to name a few, and included him in top-notch projects such as Richie Hawtin’s ENTER compilation. Receiving world class recognition, it’s no wonder then that his work has been released under industry-leading labels like VIVa MUSiC, Defected, Suara, Robsoul, elrow Music, Stereo Productions, Glasgow Underground, Do Not Sleep… Javi Bora is the label owner of Too Many Rules, one of the house music labels of the moment. Releasing tracks from key DJs Roger Sanchez, Groove Armada and DJ Sneak to name a few. On next months he will release his new productions with remixes from Todd Terry and Roger Sanchez.

He is definitely one to note and admire from the Ibiza scene.

We had a chat with Javi about what’s going on in his world, so make sure to check the interview below!

Hi Javi, thanks for having a chat with us! First off, big ups on “Padre Sol”, what a great track! OK, so tell us where are you originally from, and where are you currently based?

I was born in the lovely island of Majorca (Spain) but I’m based in Ibiza, I’ve been playing here for last 18 seasons in a row.

Tell us a bit about the story behind creating Too Many Rules. What inspired you to start your own label, where do you see it going in the future?

Too Many Rules is a record label that I really wanted to create a long time ago. I felt the need to make a brand that repesented my sound. With Too Many Rules I can show my particular vision of dance music. I decided to name the label “Too Many Rules” as there are too many rules for all things in life and it is best to just show love and respect to each other! This inspired me to start my own label, make someting free and fresh! Not following the rules and the tags, just sharing good music and good vibes! Honestly I don’t know where the label/brand will go because you never know what can happen, but my great team and I are bulding something really solid and soon we will announce exciting news about our brand Too Many Rules. So stay tuned!

We’ve seen tech house and house shift in the last few years, in terms of sounds, where do you see your sound going?

My sound is about the groove, I really don’t like to add tags to my music, music is music! Sometimes I play more Housy and sometimes harder.

What have been some of your favorite gigs you’ve had a chance to play in the last year, and what can we catch you during the rest of the summer?

One of my favorites was in Sydney (Australia) playing on 1st January 2019 at the amazing venue Greendwood. I was playing alongside Carl Cox and other artists, it was awesome! The vibes were very special! I really love this huge event from Paul Strange and I have played at all 8 of the Space Ibiza events that he’s organised over the last 8 years in a row. This summer I have some really special gigs. One that I can’t wait  for is next Thursday (1st August) at Pacha Ibiza. Also I’m excited about my next tour in South America in September!

Who is an up-and-coming producer that you think we should keep an eye on?

Without doubt, the producer to keep an eyes is Ethan Force. That guy makes magic with his music. It’s timeless and really awesome! For that reason he is releasing tracks on my label Too Many Rules.

What releases can we expect from you and Too Many Rules for 2019?

This year I have a really busy release schedule with music on Toolroom, Too Many Rules, Stereo Productions, Robsoul Recorings, Armada Subjekt, Rawthentic, Kwench (Cassy’s label) and on other great labels. I’ve made remixes for legends DJ Sneak and Roger Sanchez and some icons of dance music, Todd Terry, Groove Armada, Roger Sanchez, have made remixes of my tracks. Also, I have in the schelude to make a remix for a Chus & Ceballos’ track. I’m totally grateful for the support that my music received this year. The king Carl Cox is playing many of my own tracks, recently he played 3 of my productions in only one live set at Ushuaïa Ibiza, simply amazing! Also plenty key DJs are playing my tracks.

Too Many Rules have been releasing tracks from Groove Armada, DJ Sneak, Roger Sanchez, Huxley, Demuir, Reelow, Rogue D, The Mekanism, Tommy Vercetti, Brokenears and many others. Next ones on the label are Chus & Ceballos, Junior Sanchez, Hipp-E and some surprises 🙂

What’s one track that is a must-play in your sets right now?