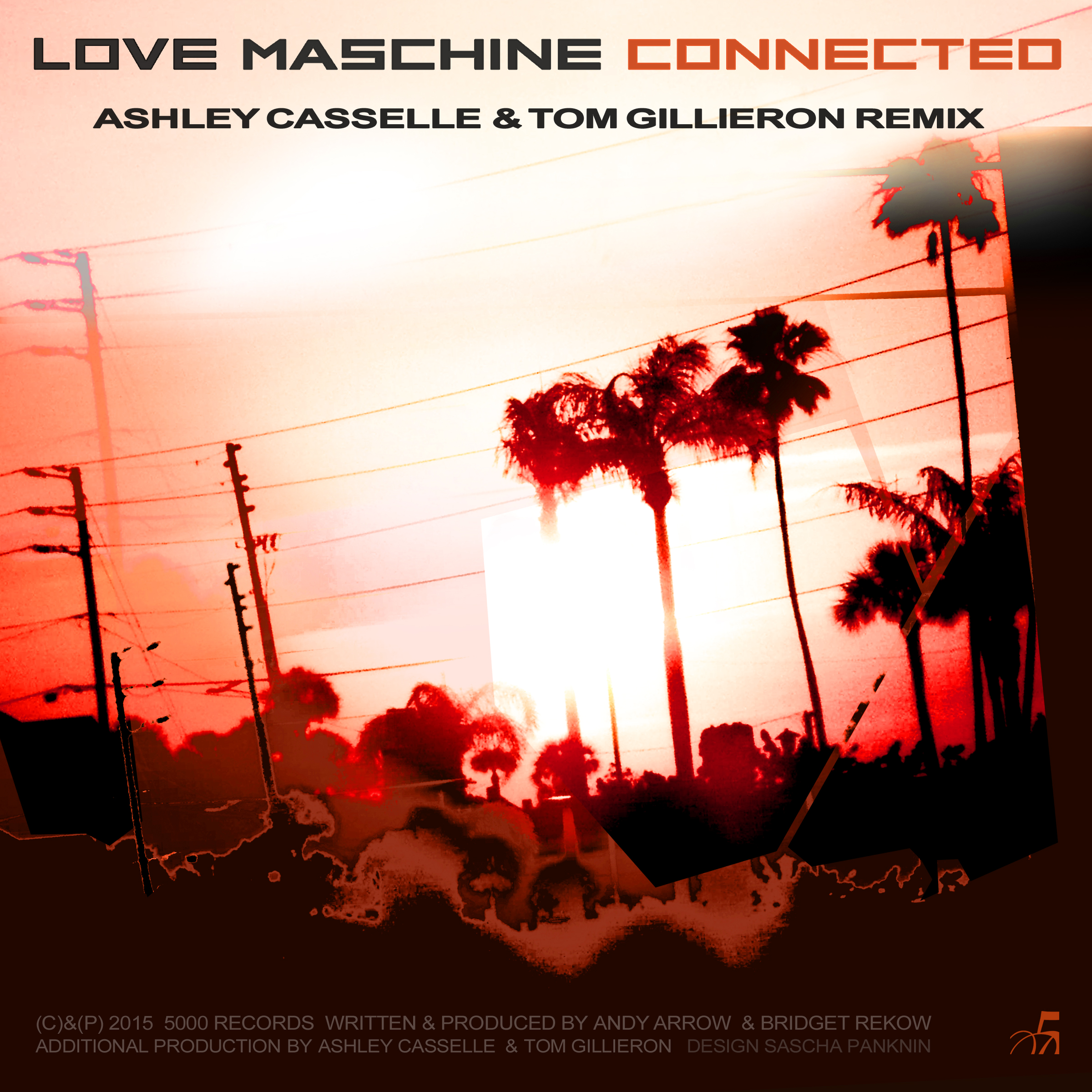 When asked to describe their new remix of ‘Connected ‘ by German band Love Maschine, Ashley Casselle & Tom Gillieron both simply replied ‘Lush’. And it’s certainly that for sure.

The track marks Ashley’s second foray this year into the reworking of a rock act into something more Housey, electronic and dreamlike. His remake of top Indie band and Glastonbury faves The Egg’s ‘Electric City’ (a collaborative single with Ulrich Schnauss) was an atmospheric Summer masterpiece that paved the way for a fresh approach to remixing for him.

This new reworking of Love Maschine for Hamburg’s 5000 Records neatly picks up on those Brian Eno inspired filmscore elements nailed to driving skippy drum machine grooves that seem to signify an incoming Casselle remix these days.

As a resident dj at his own monthly Sunday Dayrise Enterprise parties in East London (at the warehouse like Cafe 1001), Ashley’s been plying his trade and getting on with evolving his own take on House & Techno, making his records & productions resonate with an array of influences new and old.

Inspired as much by the Earthy raw grooves of classic US artists such as Ron Trent or Chez Damier, as he is by the new wave of producers such as Matthias Meyer or Lawrence on labels such as Smallville Records, he’s come a long way since being one half of Electronica act Ashtrax in the early to mid Noughties (scoring many a club hit along the way too). He’s now returned to his deep underground roots in a quest to find a smooth, trippy yet traditionally club friendly signature House sound.
Etched into existence with co-producer & sound designer Tom Gillieron, ‘Connected’ is a remix which reflects both of their densely rich production flavours and makes for a well rounded melodic club experience, or equally perhaps, very at much at home in an afterhours vibe too.