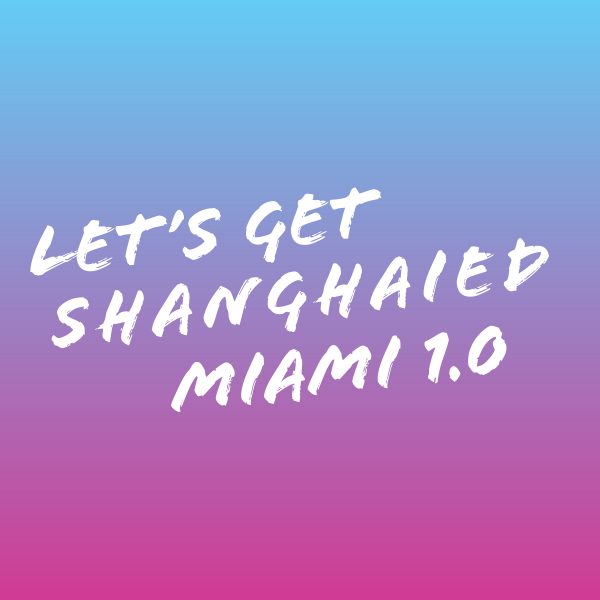 Shanghaied hits Miami! With it being their first Miami VA the imprint has rounded up some of the hottest up and coming talent they could find to bring you a truly, STAND OUT VA comprised of 4 tracks ranging from deep, groovy house to peak time tech house weapons!

First up we have ‘You Heard’ from Luke Beswick, with is super groovy percussion, deep riding bass line and signature vocal, it asks the question… “When was the first time you heard house someone refer to house music?” Luke has gained massive support on his early productions including club support from none other that Latmun.

Next we have hotly-tipped, rising starlet Caruana. Her track entitled “Groove’ does just what it says on the tin, it seriously grooves! With it’s quirky bassline and sound bites it keeps you hooked and your feet firmly locked to the dance floor. A busy DJ in her own right you will catch up playing events all over the South of the UK and beyond, including being a resident for Habitat at the infamous Source in Maidstone. She has also recently gained acclaim for her productions and DJ Skills from none other than the big man himself, Mr Eats Everything!

We pick up the pace with the next one, a club focused peak time track with a carnival vibe from Juany Bravo. ‘Ese Cuero’ is full of energy, unique piano breaks and most definitely has a Latin feel running through its core. Juany is of South American origin, North American raised and has had a string of high profile releases on labels such as Go Deva, In The Loop, Audio Rehab and most recently Lapsus Music.

Last but no means least, we have an absolute peak time weapon from newcomer Jack Wilton. This one came in via our demo submission and had us bouncing around the office wanting to go out raving straight away! With it hard, punchy drums and gritting baseline this is one for the dark sweaty clubs, warehouse raves and festivals alike.