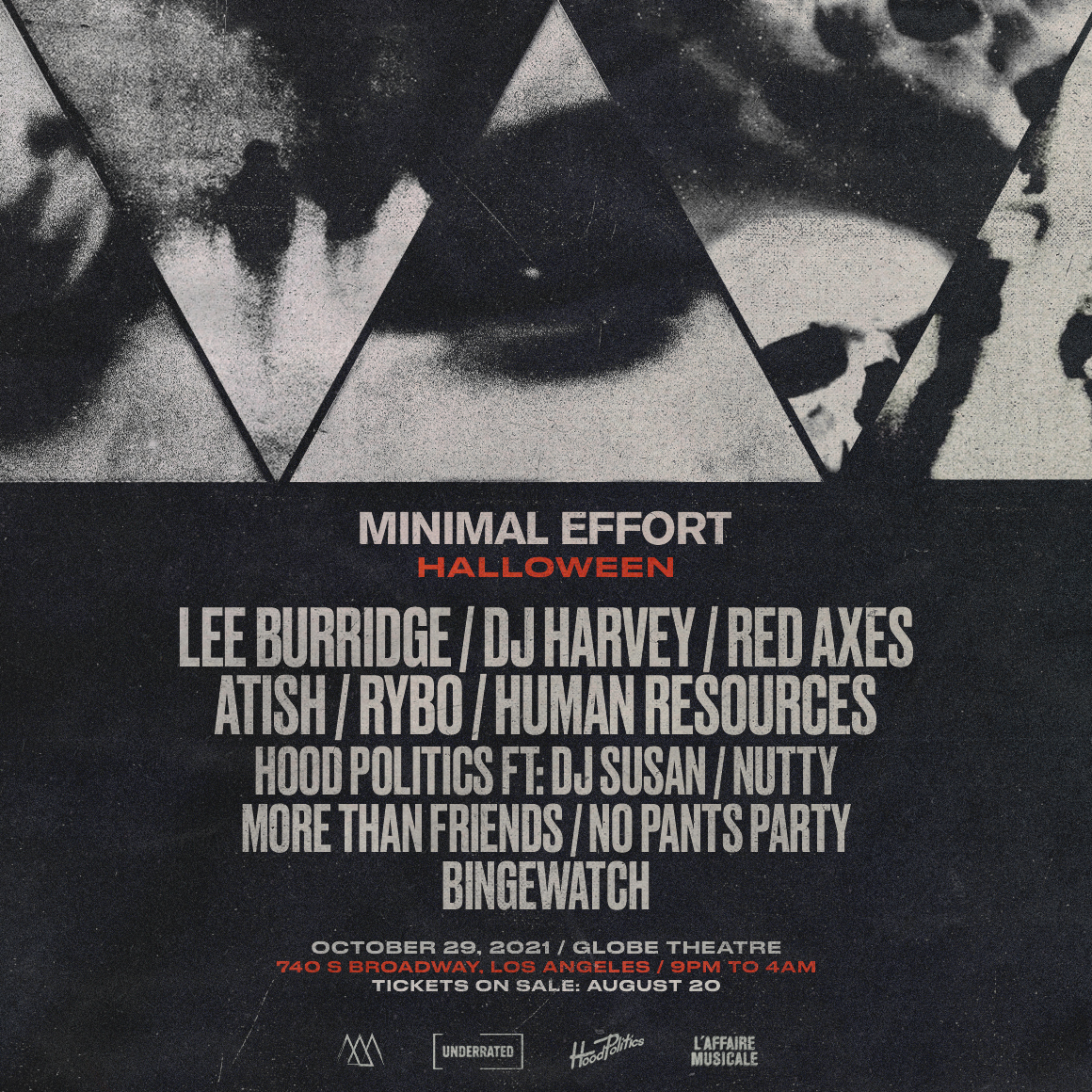 Minimal Effort has revealed their 2021 lineup and location for the highly-anticipated return of its All Hallow’s Eve event to the iconic Globe Theatre in Downtown Los Angeles on October 29from 9 p.m. to 4 a.m.

Produced by Underrated Presents, Minimal Effort is reigniting its annual Halloween event for seven hours of music over two stages with a lineup crowned by some of the most reputable selectors of the underground electronic music scene.

The Globe Theater has been home to Minimal Effort in the past and treated fans to countless stand out moments. This year, the Globe will be transformed into an underground haven with multiple stages, each having their own unique aesthetic.

Tickets for Minimal Effort: All Hallow’s Eve are available here!