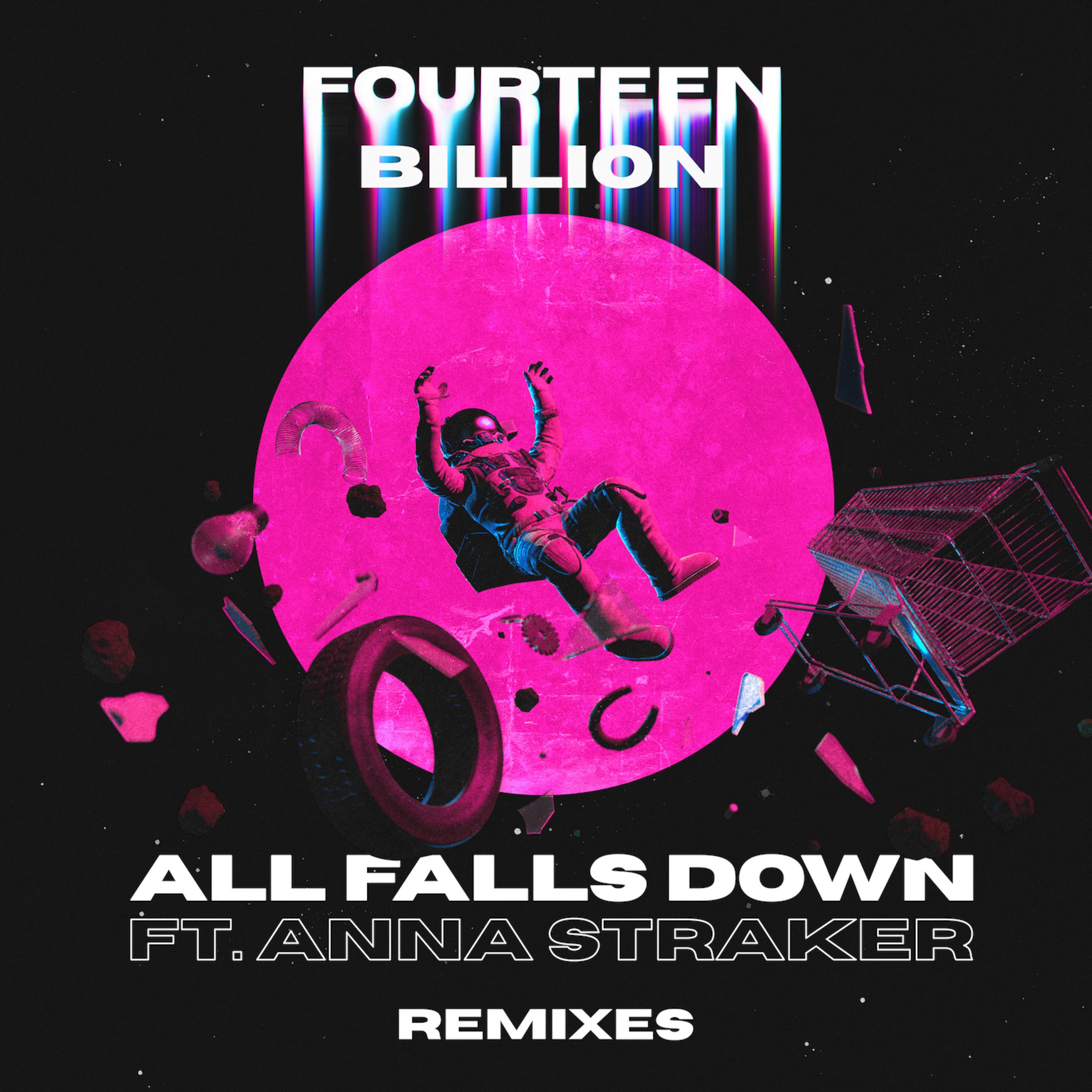 Kokiri, EMBERS and Dani Calvo have all remixed ‘All Falls Down’, the collaborative single from Leeds production duo fourteenbillion. and vocalist Anna Straker, to be released 27th November.

Kokiri steps up first with a progressive house take on ‘All Falls Down’, with the Liverpool DJ and producer centring his remix around emotion-tinged synths and Straker’s powerful vocals. London-based duo EMBERS’ edit is similarly atmospheric, veering towards the trance end of the electronic spectrum. Closing things out, Spanish born and London based producer Dani Calvo drops a bumping tech rework, pairing euphoric piano chords with the deepest of basslines. Written at Spotify’s fabled Secret Genius Studio, the track has already been added to both the ‘New Music Friday UK’ and ‘New Dance Revolution’ playlists on the platform.

Made up of brothers Joe and Jack Harvey, fourteenbillion. are a Leeds-based writing, production and DJ duo who were raised on a balanced diet of 70s disco, 80s pop and 90s house. Splitting their time between London and their hometown studio, they aim to strike a sound that combines southern chic with true northern grit.

A musician, vocalist and producer, Anna Straker’s musical career began when she started singing backing vocals on chart-topping singles and albums from the likes of Rudimental, John Newman and Years & Years. She has since carved out a solo career, releasing a steady stream of singles across 2020.

Three innovative remixes of ‘All Falls Down’ sees the acclaimed dance cut reinterpreted by some of electronic music’s brightest emerging talents.

To find out more about fourteenbillion., go to: