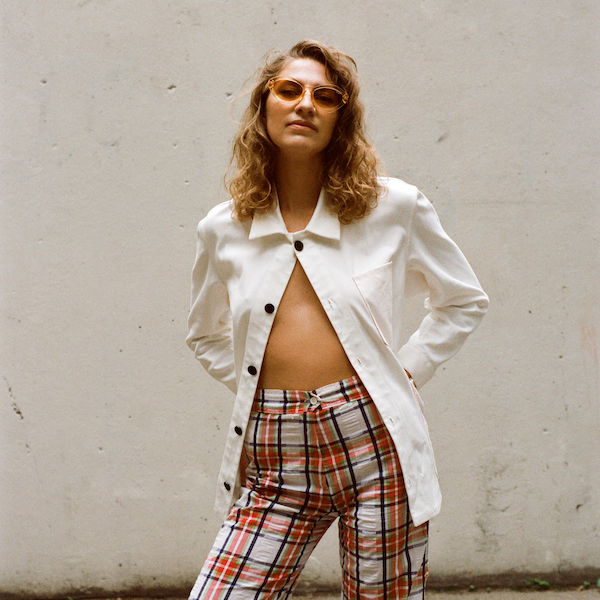 Australian producer Kate Stein brings her mesmerising sounds to TAU with the Death Stocked EP, her debut with us. Currently based between New York City and Los Angeles, Kate merges a variety of styles to produce captivating cuts that embody the ethos of dance floor liberation and self-expression. A confident performer who has appeared at House of Yes, Mayan Warrior and Cityfox Experience at Brooklyn Mirage, among many other notorious spots, Kate is also carving out her own lane with her productions. On Death Stocked we get two original cuts, with a bumper selection of reworks…

The EP kicks off with scintillating energy, as ‘Dome Brain’ lures us into Kate’s sonic web. Pulsating disco noir rhythms combine with pumping beats and a cacophony of rousing effects and triggers, to create a stirring atmosphere. Twisted acid disco for the dance floor diehards.

Next up, Curses steps in with two remixes. The first, ‘Metallic Dub’, ramps up the potency of the beats in conjunction with a raucous low end. A sweet riff takes centre stage as the track progresses, Curses shrouding the original with his dark wave aesthetic. This is followed by the ‘Spectre In the Dance Remix’, where he opts for a more sombre interpretation.

The title cut ‘Death Stocked’ works off an undulating low end, throbbing and juddering, while crisp claps and shakers act as a catalyst for involuntary body movement. Kate creates an immersive atmosphere juxtaposing a bright melody with the morose bassline. As the track reaches its conclusion more elements are added to increase its uplifting appeal, taking you the highest heights.

Zombies In Miami roll out the first rework, taking it into more menacing territory. An insistent riff is complemented by layers of melancholy synth and mournful melody, amplifying the track’s emotive impact.

Finally, Leonor closes out the release with his spinetingling rework. Taking the uplifting melody from the original, he takes us on an expedition to a higher vibrational field, where good vibes and positive energy are ubiquitous.