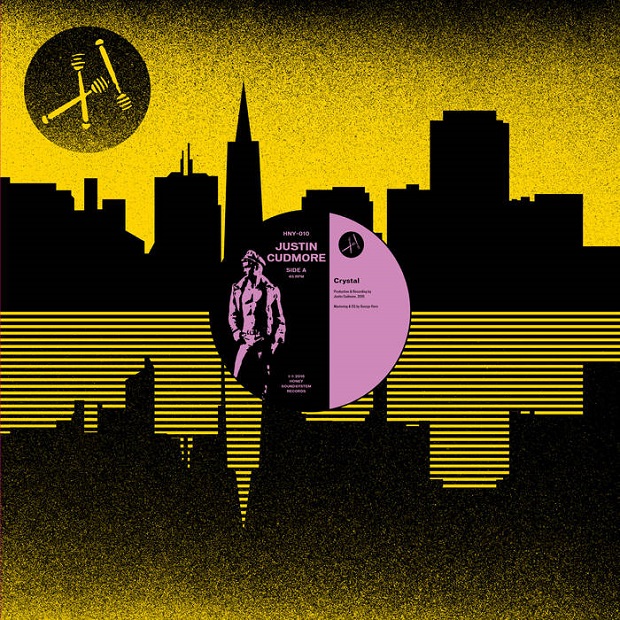 A newcomer in the production game, Justin Cudmore, is releasing his debut single Crystal 12”. Cudmore grew up surrounded in the music. At a young age started playing drums and jazz percussion, revolving into a DJ spinning at various parties. He’s been to Norway and back and now resides in Brooklyn, NY. He’s known there for banging house and techno at clubs, recently alongside Mike Servito and Gunnar Haslam who have remixes on this EP.  It’s released on the San Fransisco-based label Honey Soundsytem Records (HNYTRX) which started in 2006 and has been revolving the world from CA-NY-Shanghai and back.

“Crystal” is fresh and nasty. It has that eighty-six groove that kicks out acid house with tons of energy. Mike Servito’s ”730 Reshape” adds in the sauce, warping the track with an early minimalistic feel and melodic synths. Gunnar Haslam’s “Avenue Mix” brings in more acid vibes and adds funk! The track zings and zaps with slinky high-hats and sizzling sounds. Every one of these tracks are vibrant and moving. A great release for fast-rising Cudmore.