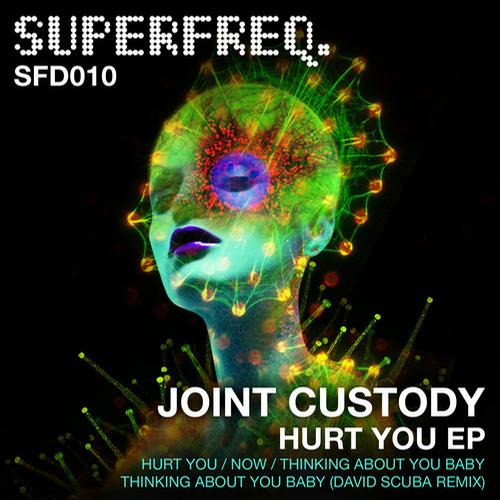 Following up Aprils highly acclaimed Lights & Buttons release on Mr.Cs Superfreq label, the duo of Matt Dillon and Joe Morgan are back once again with three new tracks, complete with a remix from label co-boss David Scuba. The Florida based duo have been working together since 2007 on labels like Traum and have a shared love of unique soundscapes as demonstrated once again by their fantastic offerings here.

Opening up this EP is Hurt You, which initially is a tender house cut before more troubled machine lines and serrated edges bleed into the intoxicating mix of firm drums and scattered percussion. Adding some weirdo intrigue are the sampled voices that cut in and out and groan and moan with otherworldly unease. Now is a more direct and techno leaning cut with bobbling, thick synth lines propping up alien life forms as they scurry about unstoppably. Its a dark and involving world but there is enough character in the psychedelic sci-fi details to keep the head as occupied as the heel. The last original is Thinking About You Baby which pairs large kick drum thumps with rattling metallic chords. Various spacecraft sounds permeate the spare but moody arrangement and really help to transport listeners to another world entirely.

David Scuba, fresh off the back of some great new material in both remix and original forms pops up to re-work the track. He does so by making the beats

hit even harder and resonate even more and by allowing the voices to get that bit more more unhinged and out there, layering in his own synth patterns on top to devastating effect. As always with Superfreq this is music from another realm that invites you to lose yourself in freakiness and does so in some style.