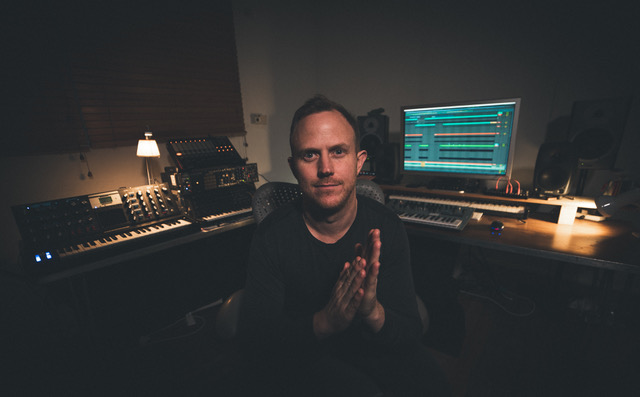 Have you ever wondered what it takes to produce and release music on labels such as Kompakt, Anjunadeep, Drumcode, and Ellum? In this unique course consisting of 17 chapters spanning eight and a half hours of streamable content, John Monkman will take you deep inside his studio and show you everything you need to know from programming your initial drum groove to creating new melodic structures and ideas that evolve over time, as well as looking at how he achieves a professional and balanced mix.

Throughout the course, John will breakdown finished tracks you know and love as well as start ideas from scratch ensuring you walk away with a complete picture of his production workflow. John discusses his thoughts on the collaboration process as well as offering advice when it comes to starting your production career and finishes off with a conversation looking at ways in which to navigate the Music industry.

John Monkman is a production maestro that has developed his expertise grafting in multiple genres across the music industry, working with names like Pete Tong, Bryan Ferry and Nile Rodgers. As an artist, his musical productions are signed to global tastemakers such as Kompakt, Ellum, Crosstown Rebels, Drumcode, LNOE and Anjunadeep.

John Monkman is an exhilarating live performer tasked with the goal of bringing his vast array of captivating musical productions to life in a thrilling presentation of sound and emotion. Renowned for his remarkable quality in the studio and on the stage, the Kompakt, Anjunadeep and Ellum artist has taken his craft around the world from London to Amsterdam, Melbourne, Mumbai, Beirut, Los Angeles and beyond.

The Beesemyer Institute is the new educational wing of the record label Beesemyer Music, founded in 2016 by Monkman – releasing music from artists that include Anaphase, Pete Tong, Martin Roth, Chaim and Theo Kottis.

The goal is to create a new space where label artists can share their knowledge around Music Technology with their fans deepening and enriching the connection between the listener and the music.

Native instruments and Izotope have both offered products for giveaways throughout the campaign too.