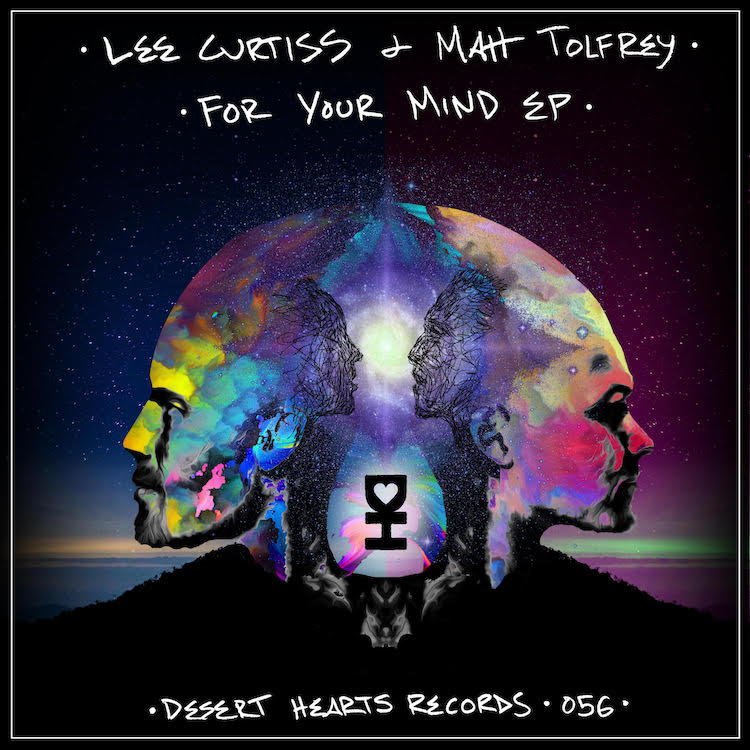 Desert Hearts Records knows that listening to more house music is at the top of our New Years Resolutions list. Matt Tolfrey and Lee Curtiss got the memo as well, and to kick off the New Year, these artists have teamed up for an EP called For Your Mind that satisfies our list. The EP kicks off with a track called Who Said That, which features strong punching percussion and soft vocals for a techno-leaning song. Track number two, named For Your Mind, has a more upbeat house vibe to it with vocals and samples that mimic those in the EP opener.

Both Curtiss and Tolfrey are both well established in the house music scene. Aside from the fact that Lee Curtiss had a hand in creating a reputable house label, he is known for his ability to blend different eras of music together, giving his music a timeless appeal. Matt Tolfrey took his success as a DJ and went on to be the owner of his label, Leftroom. Individually, Curtiss and Tolfrey have no issue filling the dance floor, and with this collaboration, we are hard-pressed to ever leave.