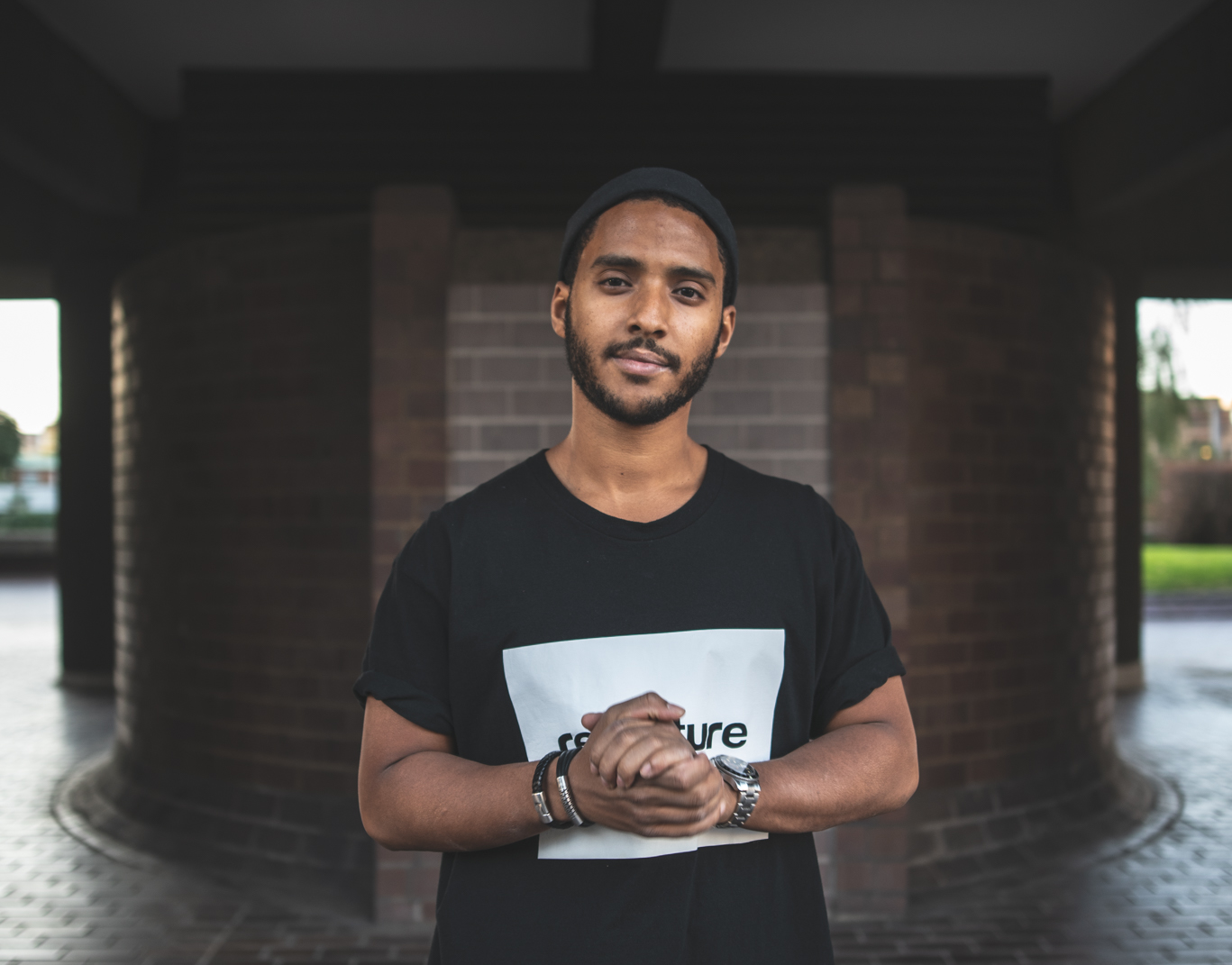 Over the past few years, Reculture have been at the forefront of Londons event scene welcoming the likes of Mathew Johnson and Francesco Lombardo to the capital. As 2020 arrived, so did the birth of their label, we caught up with label founder Antoine Sigaud aka Hardt Antoine, to discuss the concept behind the label and plans for the future.

Hi Antoine, great to speak with you today. You have just launched the label side of Reculture, but before we get into that please tell our readers about how London’s Reculture events began.

The concept was formed in the Summer of 2017 with The Launch in November. For years before, I’d had a vision of ‘medium-sized’ club events with an eclectic approach to House and Techno and a focus on quality music rather than hyped lineups or just the most talked about sound of the moment. Internal and external timing was never in line though. The end of ‘17 – had a moment where I was ready to make this happen and put the team together – and I felt London was in a place to receive it.

What would you say have been some of the highlights of the events series so far?

There have been so many standout memories over the last 2 and a bit years but one highlight for me was definitely last June at The Steelyard. We had Mathew Jonson LIVE – a personal hero, Francesca Lombardo – a returning favourite. Argy – a strong DJ and good friend and Jenia Tarsol – a great and promising Act. 4 acts from 4 countries and 4 different ‘sub-genres’. Musically the night flowed perfectly with groove, musicality and electronic colours throughout . Our Launch and First Birthday events are also nights we’ll never forgot. I could be here all day talking about good moments. There’s been great ups, definitely some downs but a lot of fun in between. 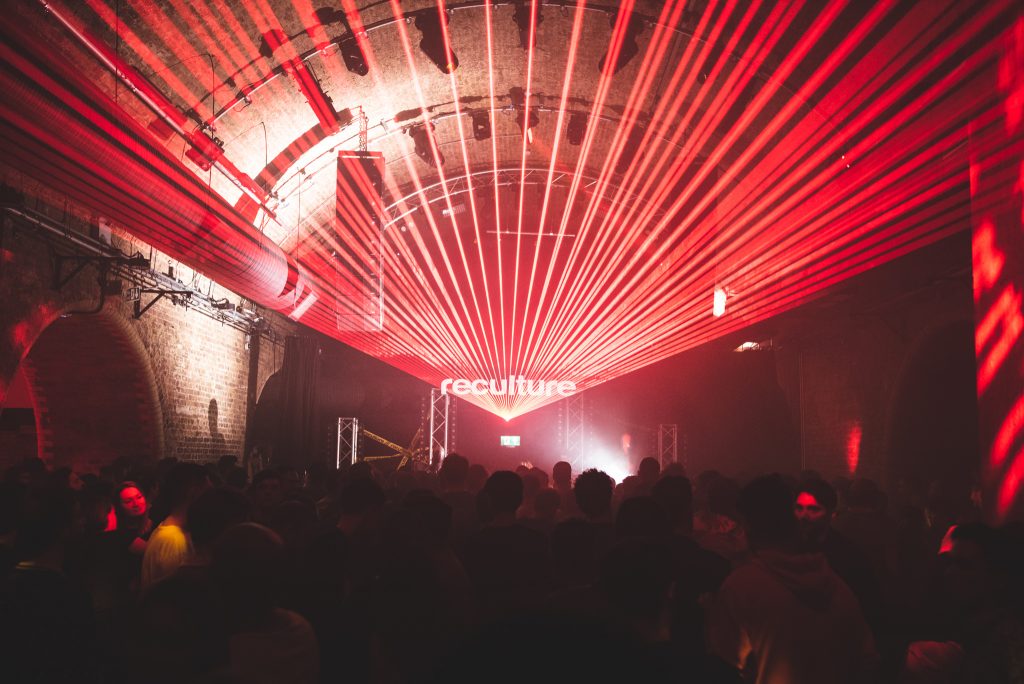 Earlier on in the year you released the debut release on the label which came from yourself under the Hardt Antoine alias, what made you decide to launch the label?

We’re a musical team 1st and promoters 2nd so The Label came naturally. Myself and the guys in the team are all making a tons of music. The best tracks inspired by or reminiscent of the events, brand and ethos will get a release on Reculture. For me it was important the debut Hardt Antoine release was on Reculture as the brand is such a big part of who I am. Now that’s happened I can say I will be selectively releasing on other labels too.

What benefits are there to running an event and label alongside each other?

My vision for the label is to take the creativity, the genre-crossing and general ethos from Reculture and portray that through original music – taking the concept to the next level.

There’s lots of ways that I hope running the two together will support each other directly but I’d rather speak about that from experience in the near future.

For those who are yet to hear your music, how would you best describe it?

A lot of drums. Raw, analogue colours throughout and a verity of grooves. Though not always conventional – most music I make is dance-floor friendly – playing is my biggest influence.

Outside of DJ sets and planning I’m listening to a huge variety of music every day and digging hard. Detroit Techno, post-disco, 80s electronica, Synth Pop and classic Hip Hop have dominated my ‘listening’ collection the last couple years and I like think to think you can hear that influence.

This latest release, is it something that has been in the works for a while?

Yes. I’ve had the release ready for a while and known I want these tracks for the Hardt Antoine debut – which I’ve also known I want to be on Reculture. So it’s been a case of getting everything in place for The Label to launch and be able to run solidly and consistently. I’ve had to be patient.

Let’s jump into your studio, what is your current set up like? Is there a favourite piece of kit that is prominent in every piece of music you make?

4 synths have made pretty much everything non-percussive you hear: Sequential Prophet 6, Novation Bass Station, Moog Minitaur and Nord Lead – that’s in order of use. Also a big fan of recording my voice and putting it through heavy processing and tweaks – check the atmospherics on Ambre Noir!

It will also be dropping on vinyl as well as a digital release, do you feel an added pressure when releasing physically? What was the reason for this?

I’m a Vinyl lover, collector, and believer that all our digital files will eventually get lost and I just don’t value them as much. I’m always clearing and archiving data to make space but have kept every physical Record I ever bought. I knew I wanted Reculture on the Digital platforms, but whether or not to press Vinyl wasn’t event a question.

What else can we expect to see from the label this year? I know you have just released the second vinyl instalment can you tell us a bit more about that?

Yes, our second release, S.E.T’s – ’06:19′ has just come out on 12″ – they’ll be a digital release very soon as well. This was the first track I signed on the label – I heard the colours and emotions and it fit perfectly with how I envisioned the label sounding. The elements we’re perfect for club friendly remixes from past Reculture guests.

It was actually set to be the debut release and ‘The One’ as #002 but fairly last minute I decided to swap them around. I’m glad I did so now as we learned so much from the 1st release we may have been logistically overwhelmed debuting The Label with a release with 6 artists on it!

Following this there’s lots more coming. I didn’t want to launch The Label until we had a solid catalogue for consistent releases – although the timeline has been a little thrown off due to COIVD-19.

The originals are all from familiar Reculture Artists – formerly known as Residents. ‘S.E.T. is our resident Bazaar ‘s band project with SLF and E11E. Maglia, myself and Rej have releases soon’ after. We’re continuing to invite Reculture guests to remix on some of these as well.

Where can we next catch you playing?

A very tough question as I’m writing this as we’re still on COVID lockdown. If the UK laws allow me to travel I’ll be based in Mykonos for the Summer. And if the Clubs can open out there I’ll have my residency at Maglia’s club Moni. If not then Reculture will be back after the Pandemic!

The latest Reculture EP is out now on vinyl and available here.