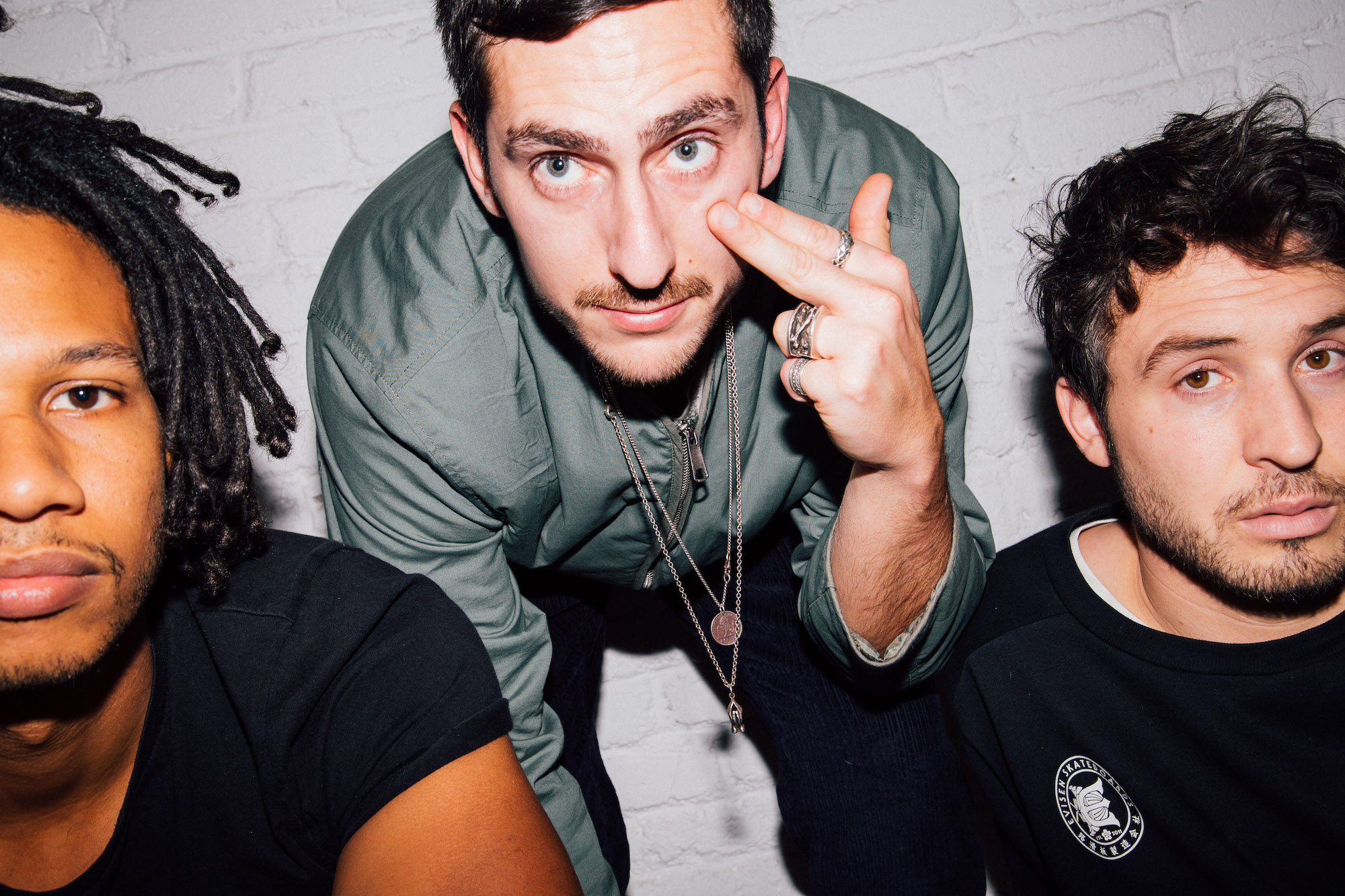 Following their eight-track album ‘Feeling Dancing Tempo’ in 2021, French electronic trio Jabberwocky recently returned to their own label Fait Maison with new music, giving fans a first look at a new direction for the group. Serving up two house hits with ‘Time is Right / Caught Up’, the release displayed a shift in sound with music created and shaped for the dancefloor, so we sat down to talk to the Paris-based artists to go into detail about the release and what is next as 2023 approaches…

Hey guys, thanks for speaking with us! You just returned to your own label Fait Maison with two new tracks, ‘Time Is Right / Caught Up’. How does it feel to have them released on the imprint, and what have the early reactions been like?
Hi guys! Thank you for the invitation! We’re very happy to be back on Fait Maison, it’s been one year now. In the meantime, we made a detour with a release for our friends at Future Disco and a remix for Alessio Peck at Kwaidan Records.

About the music style, it’s not necessarily the one people were expecting, but the reactions are all very positive – especially during our DJ sets. Basically, we created Fait Maison to have total freedom when it comes to our releases, so it was the obvious place for us to explore new things with this release.

The two tracks are definitely some of the most house-influenced material we’ve heard from you so far, where did these influences come from, and why did you decide to just release these two tracks in particular?
After an album influenced by Italo disco, we wanted to explore something else. So we naturally turned to what we listened to at that time, in particular, a lot of UK house and garage producers (Four Tet, Jamie XX, Fred Again…, Anz etc.)

Among the tracks composed during this period, these two seemed to us to have a rather similar colour, with warm tones and more swing in the rhythms than what we usually do.

The release is your first since your 2021 album ‘Feeling Dancing Tempo’, which brought with it more Italo influences. Would you say that this release is made more for dancefloors? And how would you personally describe the difference between the two releases?
Yes, we created them more with this vision, the idea was also to be able to integrate them easily in our DJ sets, even if it was important to us that these tracks could have a life outside the clubs too.

I think the main difference comes from the creation and production process, we focused more on the texture of the sounds, developed more dancefloor-focused structures and rhythms, and used the voices differently.

Your quote in the press release mentions that your approach in the studio was different on this release too. Was this a natural thing, or was it something you were consciously trying to achieve?
No, it wasn’t really conscious, but we realized that during the creation process we moved away from our usual analog instruments and explored other sounds based on samples, modular synths or more ‘modern’ sounding sources. I think it came from the fact that we had just made an album, and we wanted to get out of our comfort zone by testing new things.

France has a rich electronic scene, with artists such as Laurent Garnier still remaining as one of the leading figures within global house music. How much do feel artists such as Laurent influence your own work within the studio subconsciously?
Yes, we have a great scene across many different styles. The influence, I think, comes from the sets we listen to, whether it’s in clubs, festivals or even online. The energy transmitted is always inspiring. On top of that, it’s true that there are some incredible artists like Laurent and Justice that we listened to before we started Jabberwocky. Their sound, their universe and sometimes their risk-taking have shaped a whole generation of musicians. We feel that they are artists who go to the end of their desire regardless of what is expected of them.

The three of you have been working together for almost a decade, with singles like ‘Photomaton’ towards the start of your career offering a very different sound to the sound you now bring, especially in your DJ sets. Where do you see the Jabberwocky sound moving to in the coming years?
Ten years, it’s crazy how time flies… Since the beginning, we’ve loved to offer various things. Currently, it is true we take pleasure in making music that’s rather aimed at the clubs and in being able to play it and test it in the places where we play.

Can you give us three French electronic talents to look out for in 2023?
• Grand Soleil
• Romain FX
• Veronique Samsung

And lastly, what projects can we expect in the coming months?
We are working on several tracks for Jabberwocky in the same style as this release which will be released next year. Besides that, Manu is about to release a new solo project in 2023, and Camille is working on the second EP of his side project named Soumaé, the release is planned for 2023 too!

Jabberwocky ‘Time Is Right/Caught Up’ is out now on Fait Maison – buy/stream the release here. 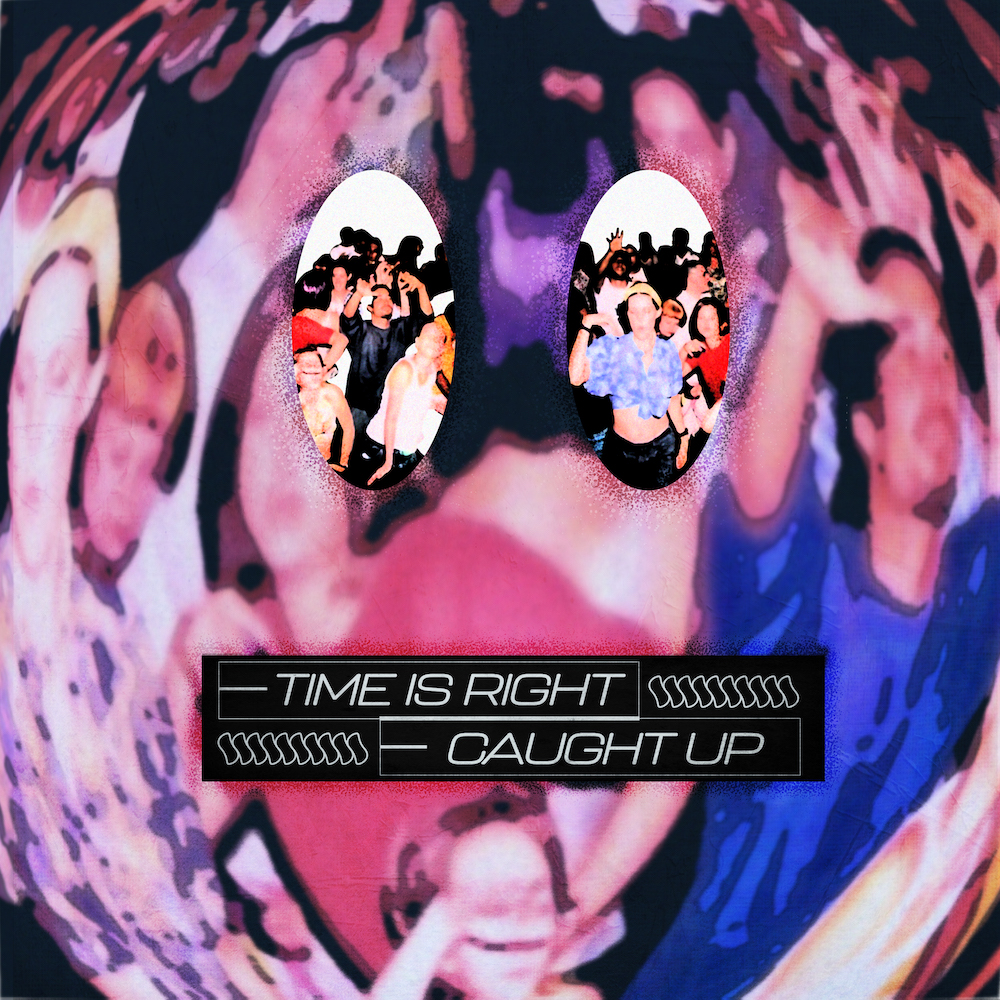