[INTERVIEW] Enamour chats to us about his forthcoming release ‘Dragonfly’ alongside Hon Jao, the production processes behind it, gig highlights and upcoming projects for the year ahead

As Washington D.C. artist Enamour looks to his upcoming release on Kindisch, he took time out to chat with Music is 4 Lovers about his home city, his music and his inspirations.

Hi Michael, thanks for taking the time to talk to Music is 4 Lovers. How are things in DC right now, and how has the last year been for you and the city?

Hey, thanks for having me. Here in DC it’s been consistently warm and sunny, and live music was recently reinstated at outdoor “restaurants” which means a few of the rooftop bars can now have DJs. The city is starting to come alive again and it’s a great sight to behold; I think we will be back to some normalcy very soon. I’m really excited for everything to come back as DC was quite a ghost-town the past year. As for me, the last 12 months were definitely tough financially and emotionally, but I was surprisingly productive in the studio and really flourished creatively. I also got more involved in teaching and mentoring, which has been really rewarding.

2021 looks set to be a good year for you with your release on Anjunadeep and an upcoming single with Kindish. Can you take us back to your start in dance music and tell us a little bit about your journey from then til now?

My journey into dance music began first in high school with electronica and experimental artists like Flying Lotus, Aphex Twin, and Four Tet; and then the electro/indie-dance wave around 2008–artists like Crystal Castles, Daft Punk, and The Bloody Beetroots. A couple years later I was swept up in the EDM boom and then continued to dive further into deep house and techno. I was DJing for about 4 years before I started to take production more seriously, and then officially started the Enamour project towards the end of 2016. After that it was a whirlwind of really exciting gigs, remixes, and releases, allowing me to quit my day job as a management consultant in August 2019 and pursue my music career full time.

Your new ‘Dragonfly EP’ on Kindish offers two great tracks, can you tell us a little about the release and the collaborator on it?

“Dragonfly” was actually quite a long time in the making and has violin played by DC-based Jon Hao. The original instrumental demo was started in June 2019–it was nice but didn’t really have a memorable hook or standout part. I had already known Jon through the DC scene and one night in July we were chatting about a potential collab with him on the violin. I sent him the track and he came to my studio to record. He had a riff that he kept going back to during the jam, which I had him rearrange a couple notes and then we landed on the hook that you now hear in the breakdown.

After we recorded, I struggled a bit with figuring out how to include his violin in the song and make it special. After almost 6 months of tinkering on and off, it was a real eureka moment when I let it be the star of the breakdown and then copied the melody on the pan drum–it added such a fun and exciting twist to the track. I’m really happy with how it turned out as it’s one of the few tracks of mine that still makes me smile every single time I hear that moment.

The b-side “Undone” was written this past September. I wanted to create something low-key and groovy that was a bit more introspective. It started with a really jumpy piano progression I wrote; it was double time and sounded like it belonged in one of those old iPod commercials. Then I tried it half-time with more breathing room and it totally changed the vibe and made it a lot more emotional. I then cut up bits from an unused vocal stem from years ago and the rest came together quite nicely.

Obviously the last year has been tough for the live music scene, what highlights to you look back on as DJ? Shows, cities, event?

Looking back, I think some of my international gigs were the most memorable, as it’s not something I would’ve expected doing so soon into my career. I played The Bow in Buenos Aires a few weeks before I quit my day job and it was really life-affirming because leading up to it I still hadn’t 100% decided to quit yet. I also had the opportunity to tour India in December 2019, which was an amazing experience and I can’t wait to return, hopefully this year. That said, I also really miss playing in DC as well as other cities where a lot my friends live like Brooklyn, LA, and SF.

When you’re not producing or touring what are your main pursuits and passions?

My biggest passions outside of music are cooking and yoga. I’m strangely grateful for the lockdown this past year as it enabled me to focus a lot of energy on improving my cooking skills and developing a very consistent yoga practice. The time at home also allowed me to have a vegetable garden last summer, which led to way too many hot peppers, which led to countless experimental hot sauces. I also like reading and watching good TV series and movies.

Which artists have inspired you most over the years?

Ahh, that is a tough one. I think Flying Lotus, Jon Hopkins, Max Cooper, and Four Tet have always been inspirations of mine–I feel like their music has given me permission to go wild with ear candy and little complexities that many listeners probably don’t even notice. Within club music, I’ve been inspired by a lot of the stuff that Tim Engelhardt, Cubicolor, and Frankey & Sandrino are doing.

What’s next for Enamour?

Quite a bit! I’ve got releases through most of the year already planned on labels like XYZ, Days Like Nights, Einmusika and a few others I won’t mention just yet. I’ve also got my first club show in over a year later this month, and it looks like touring will be picking up throughout the summer. I also recently launched a Patreon, which I’m excited to continue developing. 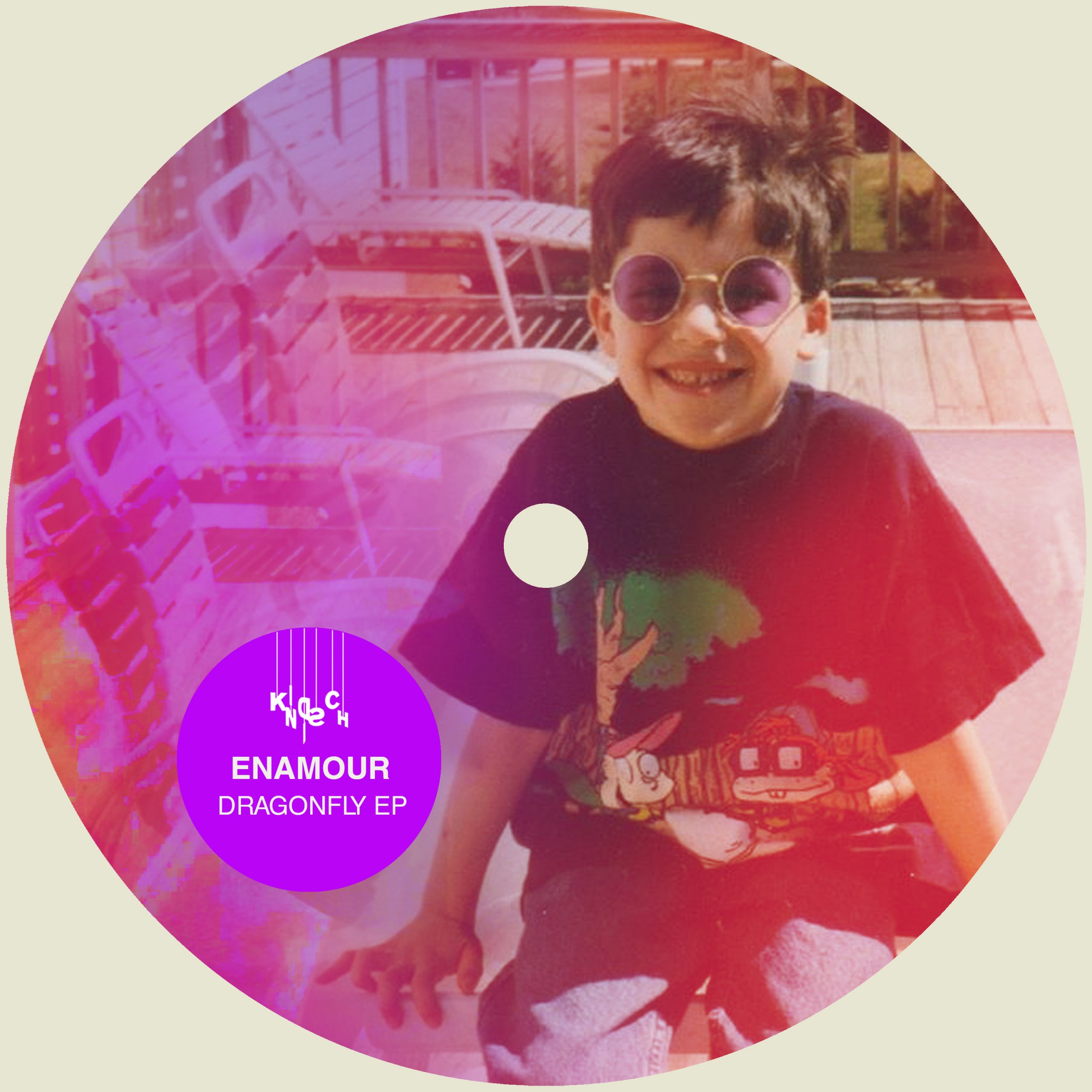