In The Studio With Fred Everything: 5 Essential Pieces Of Gear [MI4L.com]

When it comes to the studio, producers rarely come as well-seasoned as Fred Everything.  Fred’s career as a DJ began in 1993 and fast-forwarding to today, he celebrates over 25 years as a recording artist and 15 years of his label Lazy Days Recordings.  In his latest, Fred teams up with House Legend Robert Owens on “I’ll Take You In”. The track was recorded late last year when Robert was invited to perform with Fred in Montreal during a special event by Phil Collins (the artist not the singer!). The event was related to the art installation Bring Down The Walls, which examined racial injustice and the prison industrial complex in the US and Canada, through the unconventional lens of house music.

Robert Owens needs no introduction of course, being the voice behind so many House Classics such as “I’ll Be Your Friend”, “Mystery of Love” and of course “Bring Down The Walls”. The song was written the night before the studio session after meeting with Fred for the first time.

We had the great privilege of connecting with Fred, peering into the studio space where he makes his magic, and learning about his 5 favorite pieces of gear! 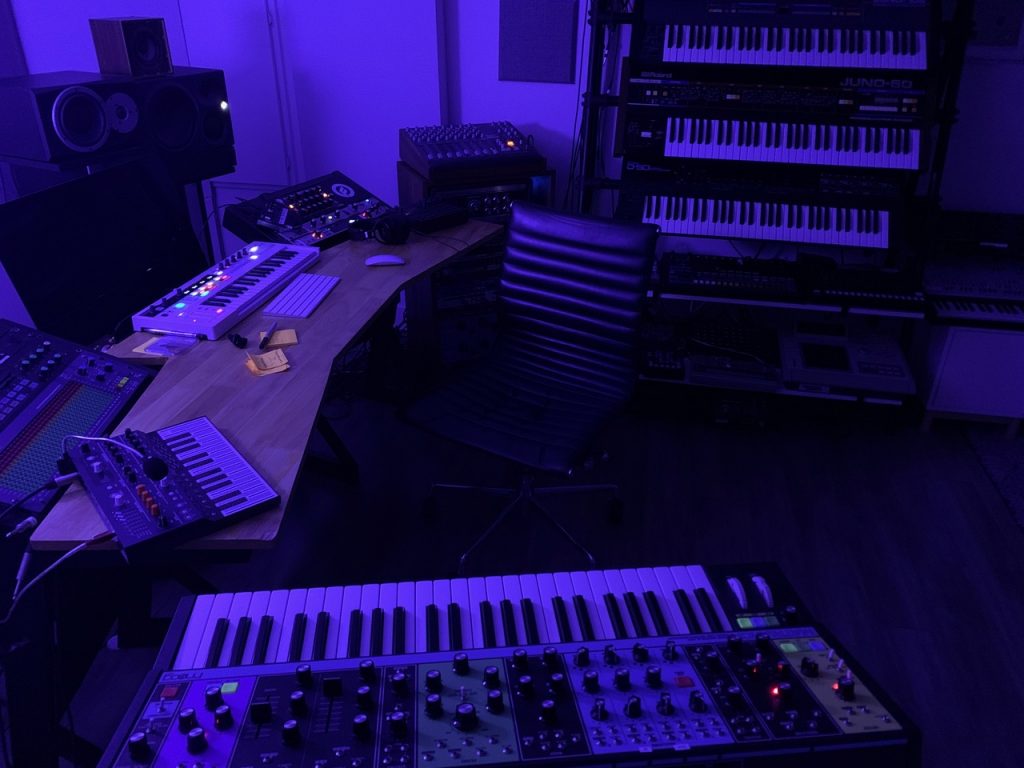 These are my 2 “go to” synths at the moment. I was lucky to grab one of the first Prophet 6 ever from the Sequential office when I used to live in San Francisco and it’s been my favourite modern poly synth. It has featured on just about any tracks I’ve done since 2015. I had the Prophet 8 and Prophet 12 back then which were great but the Prophet 6 replaced both. I love the richness of the tone and the ease of use. The modern features such as the ability to do Chord Memory via the Unison button (more on that on a video I made here -> (https://www.youtube.com/watch?v=sCBMjJ-wkrA), the sequencer trigger in, temp sync LFO, onboard fx, etc…make it an essential for me in the studio.

I’m a huge fan of Moog synthesizers. To me, all you really need is in this photo. A great Modern Poly and a great Mono synth. In this case, the Matriarch is actually paraphonic so you can play up to 4 notes at once but I’ve been using it mostly as a monophonic synth. I bought the Grandmother before and loved it so much that I upgraded to this one earlier this year. The richness of the tone and the harmonics you can get out of it is so unique. The more “vintage” sounding synth of the modern Moogs. There’s also a round robin mode which cycles through each oscillators when playing a note to get some sort of random cascading sequences. When played in paraphonic mode, you can get this weird MonoPoly (Korg) vibe. I miss the simplicity of the Grandmother (and its ace Spring Reverb) but the Matriarch has a neat analog Stereo Delay! 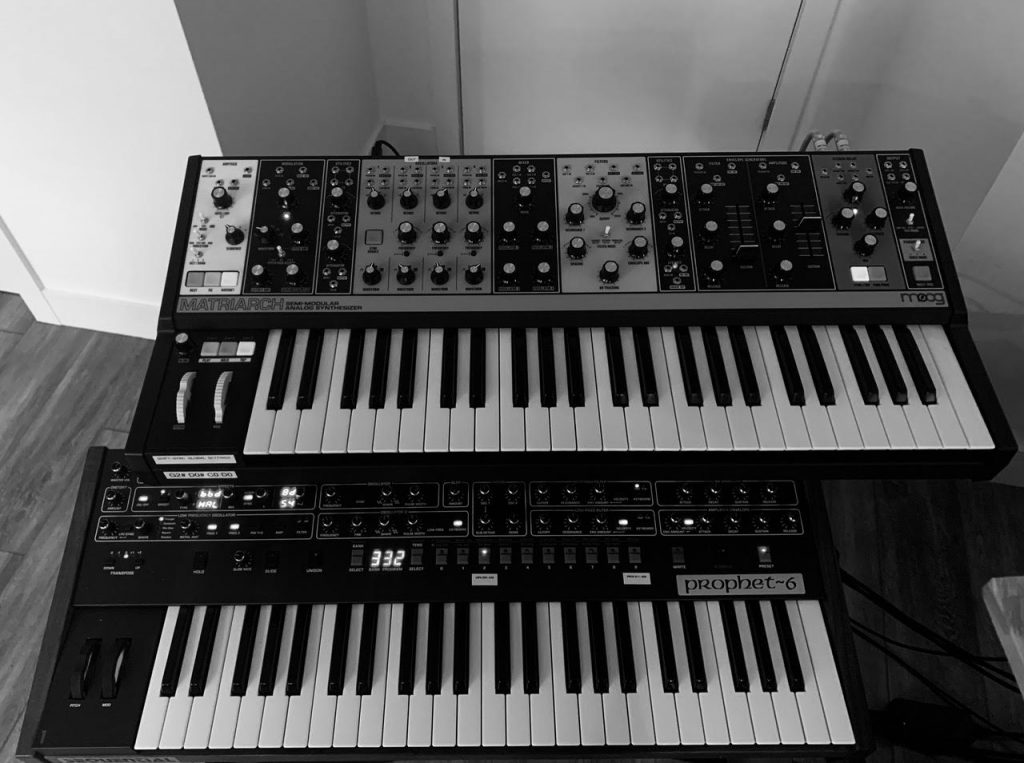 It was a dream come true for me to be able to buy a brand new, out of the box Minimoog when they did the limited re-issue. It wasn’t cheap, but totally worth it. Up until recently, I had a Voyager which I always liked but never loved. Something again about the tone wasn’t cutting it for me. The only thing I miss is the ability to save presets. Every time I walk in my studio and I see this instrument, I feel grateful! I made the Bass line for my current release with Robert Owens with it.

I still use a lot of outboard fx. I have a few Moogerfoogers, Space Echo…but lately, I’ve been loving the H9 pedal by eventide (which replaced my Space and Time Factor pedals) for the very lush effects and also the Bam and Bim from a small french company called OTO Machines. They’re known for their OTO Biscuit unit that was cloned by UAD and Softube as a plugin. Really funky little machines. The Bim is a loaner at the moment but I bought the Bam as I love the Non-Lin Reverb on it. For those who don’t know what it is, it’s the classic Gated Reverb algorithm from the early AMS machines that was used by everyone in the 80s (Prince and Phil Collins come to mind). It’s 12bit so you can get a really punchy sound. There’s even an empty preset if you want to just run things through 12 bit converters or use the Pre Delay for a lo-fi slap back effect. 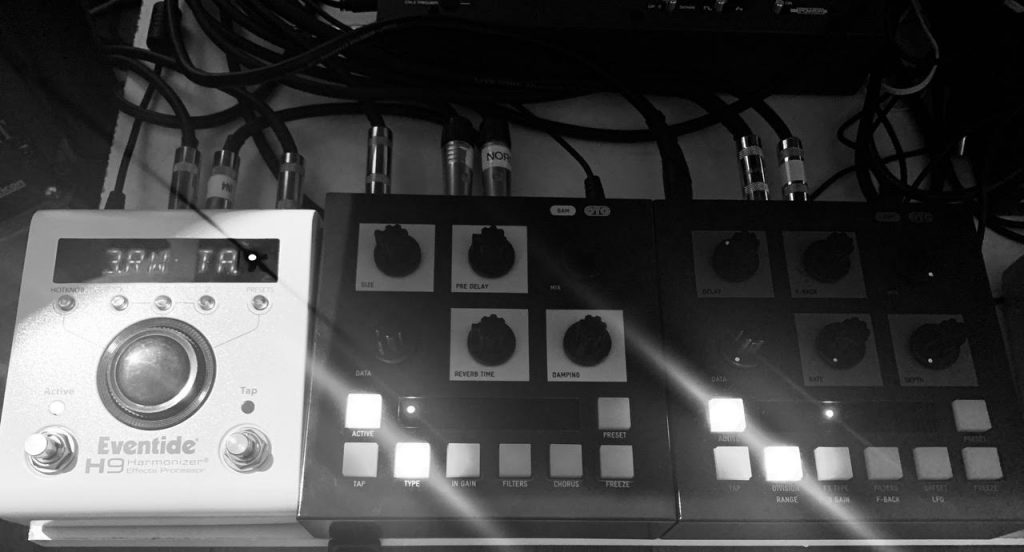 Another french company. Of course known for their infamous plugin suite. This is one of the most unique sounding synth I own. It uses different synth engines so you can change you sound drastically by turning one knob. They’ve also added a Vocoder in the latest update (Free!). This synth takes me into a different sonic landscape. I love using it with my Eventide H9, especially in my side project All Is Well. 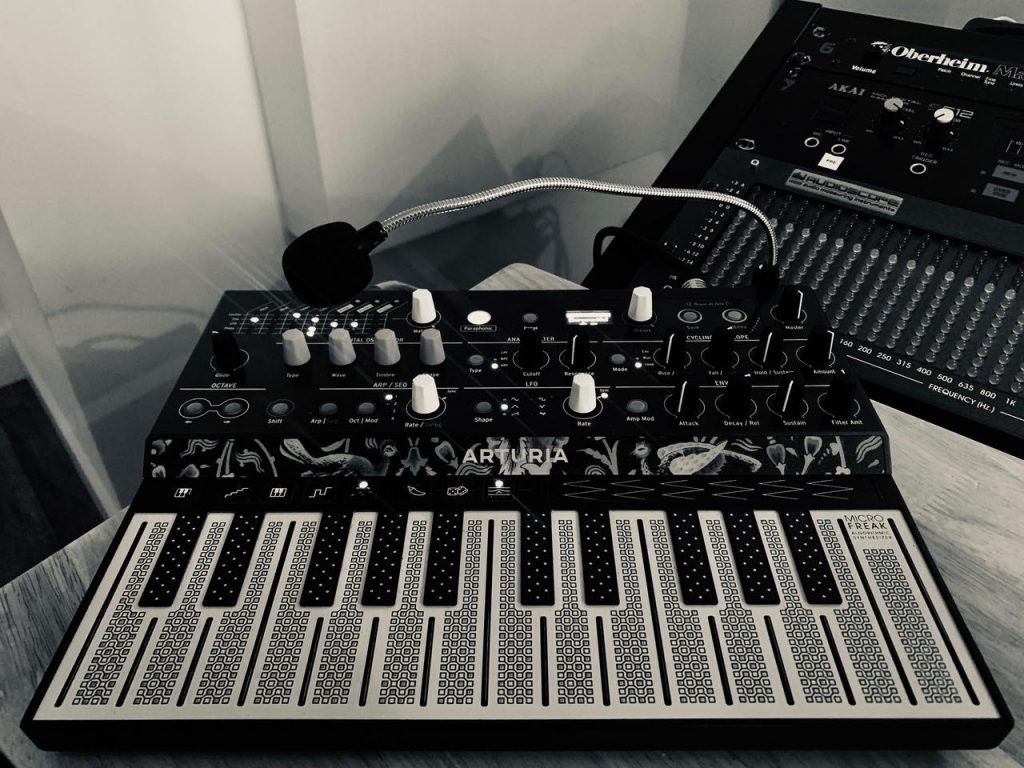 Nothing exciting about a machine that doesn’t make any sound? Well, to me, this is one of the most important pieces in my studio. When you’re using outboard sequencers, triggers, drum machines, etc… you NEED a unit like this to keep everything in sync with you DAW. There is just no other way around. Sure, it seems expensive for what to does (around 500$) but believe me, it’s responsible for so many tracks that I would’ve never made otherwise because working without it would be too frustrating. It’s made by a small Australian company and there are also another option made in germany (ERM Multiclock). 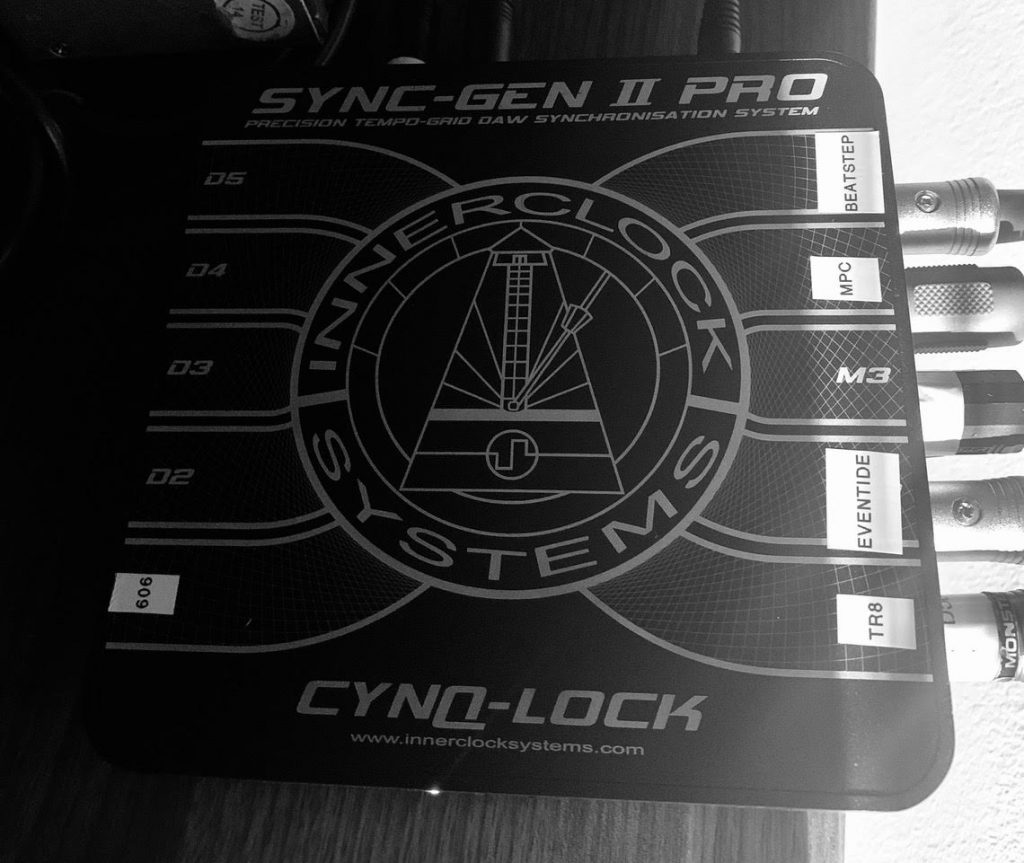 I know I’m cheating (it’s supposed to be 5!) but this is another piece of kit that has made my life so much easier in the past few years. Again, what’s the point in an expensive console that has no eq and no preamp? Well, the devil is in the details. With a few patch bays, this becomes the centre of your studio. At the push of a button, I can transform it into a Summing mixer or simply insert an outboard fx from my rack on an audio track coming from Logic. It doesn’t color the sound at all and has a nice clean sound. It’s SSL after all! Oh and as a bonus, I control 3 sets of speakers through it. 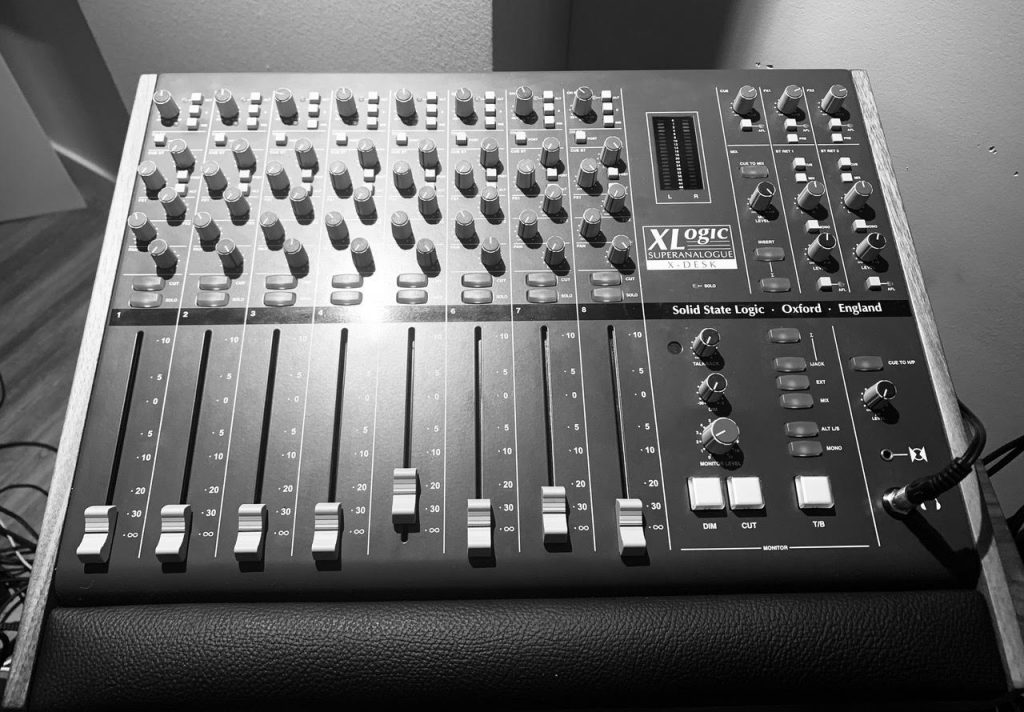