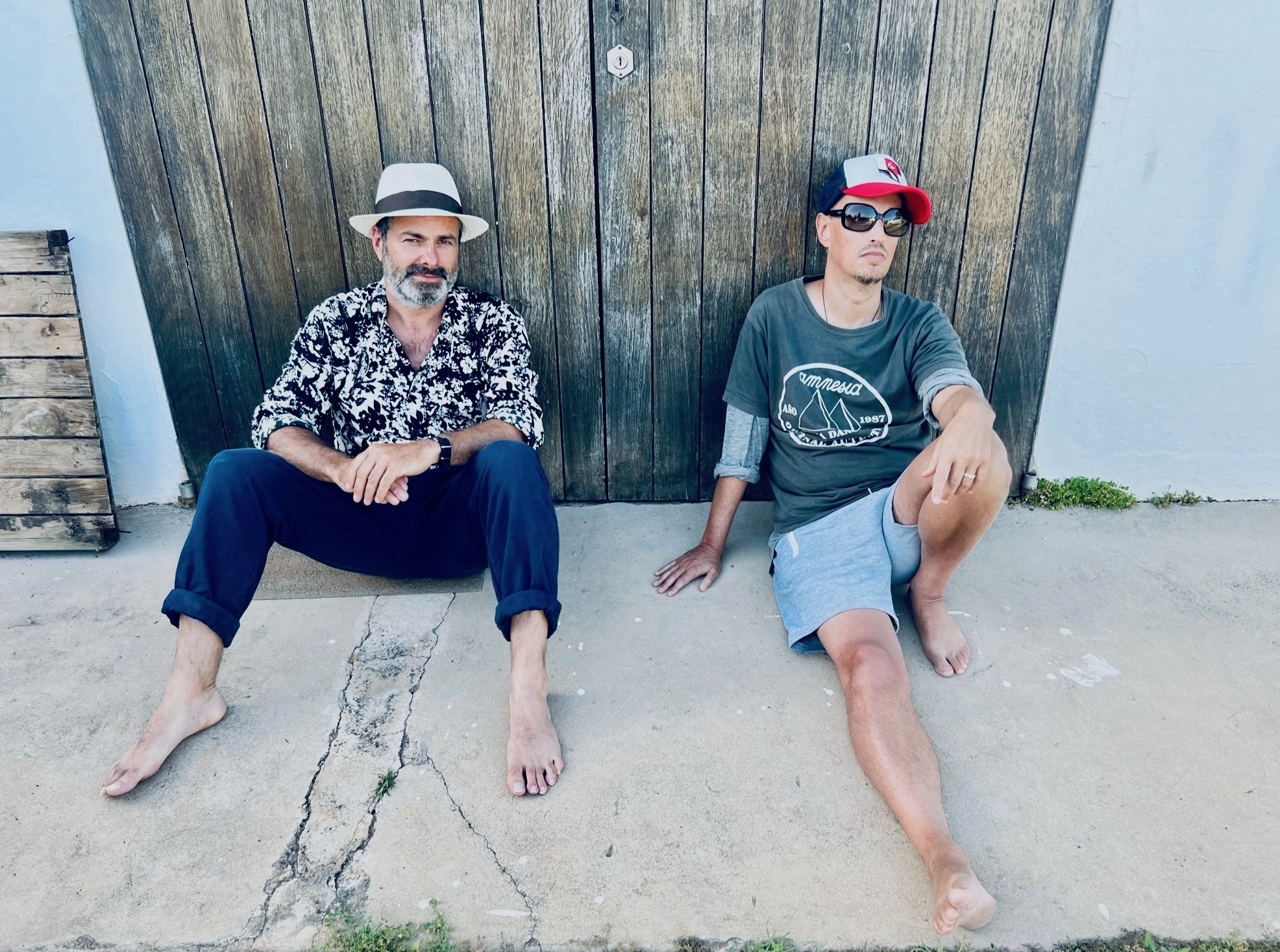 “An album for people that still cherish music as art, as a mechanism to communicate love in whatever form it takes, not just content”. Mark Barrott

Mark Barrott and Pete Gooding present the fourth volume in their series of stellar collections, showcasing the sunset sounds spun at Ibiza’s Hostal La Torre. Sets, sequences, of music designed to celebrate the passing of another day and welcome the pleasures of night, as the Sun makes way for Sister Moon.

On this occasion, the ceremony starts with a gift from the Golden Girls – a side project of Phil Hartnoll, of Orbital fame. In its original form Kinetic was a prime piece of pumping early `90s trance, here, however, it’s been remixed by David Morley into something far more in line with Belgian rave label R&S` ambient off-shoot, Apollo. Practically beatless, but boasting a big, undulating, bottom-end, it now resembles something from Tangerine Dream`s back catalogue. A slightly kosmische, serene wall of sonically shining sound.

Next up are NO ZU, a sadly seemingly defunct 8-membered musical monster from Australia, who were amazing live. Banging out a percussive concoction that they called Heat Beat, their funk was / is most definitely post-punk – channelling `80s no wave New York, the Mudd Club. The party-starting call and response repartee of Ui Yia UIa finds them shouting out their star signs of criss-crossing compatibility over a muscular slo-mo stomp. Daphne Camf Rest In Peace.

Bassekou Kouyate is a Malian maestro on the 6-stringed ngoni. A goat-skin covered “hunters harp”, that via slave traders evolved into the North American banjo. With his group, named after this traditional griot instrument, and Zoumana Tereta on lead vocals, he delivers a dizzying display of dexterity on Bala.

The Synergetic Voice Orchestra was a one-time only outfit led by keyboardist / composer, Yumiko Morioka. A follow-up to her highly respected solo piano work, Resonance, the album, MIOS, was a far more ambitious affair that brought together a collective of 6 musicians and 3 vocalists. The results moved away from new age and modern classical toward pop. The track, Zebra has a rumbling thunder-thumbed bass-line. A snake-charming woodwind cutting through the synthetic shimmer, weaving its seductive spell.

Margaret Wakeley`s magical Hard To Leave The Island was initially rediscovered by the people that power the DJ / artist agency, Warm – who took it from Margaret`s 1976 LP, Better Days, and pressed it on a limited 45. A slice of superior soft / yacht rock, it’s a cool cocktail-hour summer holiday serenade. A sophisticated arrangement of brass, jazzy keys, and acoustic strum, topped off by a smart sax solo.

The Vendetta Suite is the pseudonym of Gary Irwin, the former in-house engineer at David Holmes` Belfast-based Exploding Inevitable Studio – a hive of musical activity where Timmy Stewart was also a frequent visitor. Some 30 years later Timmy remixed Gary`s track, Warehouse Rock, into a highly strung soundclash of reggae and rave.

Mark Barrott’s Travelling Music (La Torre Reprise) – an exclusive version of the titular track from his recent E.P. – is all tumbling tones – playful sequences and programmed patterns. Like the compilation`s opening number, it’s another ambient, beatless, trance-dancer – suffused with sustained swells and chords that feel like sunrise itself.

Suzanne Ciani has the affectionate moniker of “Diva of the Diode” – reflecting her huge importance in the history of electronic music. While studying in the `70s Suzanne became firm friends with Don Buchla, and subsequently spearheaded the use of his then ground-breaking modular synthesizer. Moving to New York, where she camped out on Philip Glass` studio floor, Suzanne became Hollywood’s first female soundtrack composer. In the `80s, Suzanne then started releasing new age records. The beautiful Eighth Wave surely should have been the blissed-out musical backdrop to some `80s art house love scene – summoning as it does silhouettes of cinematic protagonists passionately disrobing though a Vaseline-smeared lens.

JIM is Jim Baron, Crazy P`s Ron Basejam, but in folky, singer / songwriter mode. Coming on like Crosby, Stills & Nash, he covers the Ian Astbury / Billy Duffy penned Phoenix in an ultra-laidback fashion. Singing of love in terms of fire, and flames of desire, backed by acrobatic acoustic picking and sweeping orchestral strings.

You could be forgiven for thinking that Antipodean audio auteur, Geoffrey O`Connor, is some forgotten `80s idol. Her Name On Every Tongue, however, dates from 2014, and can be located on Geoff`s sophomore solo long-player, Fan Fiction. The track`s vocoder harmonies proving perfect for a sing along on a top-down, Californian coastal drive.

Things draw to a close with John Foxx & Robin Guthrie`s exceptional Estrellita – a highlight from the pair’s 2009 album, Mirrorball. Generating a glacial glide of layer upon layer of treated guitar. Grounded by womb-like bass vibrations, while Foxx`s choirboy croon soars. Lending the song a prayer / hymn-like air. It’s as close as rock comes to something sacred.