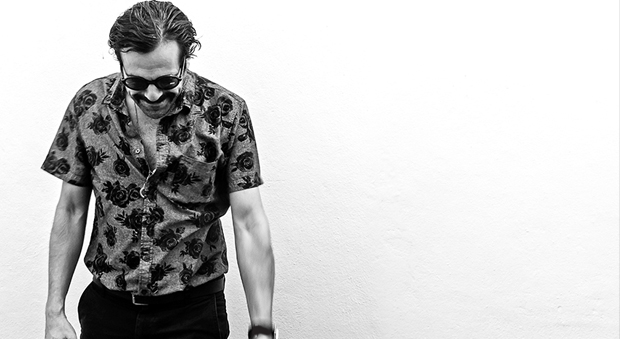 Tato Cado, long time resident at Playa del Carmen’s most acclaimed nightclub La Santanera, recently packed up paradise and relocated to the ultra urban setting of Mexico City to pursue production and a change of pace.

Tato has been settling into the nation’s capital splendidly. Cranking out endless hours in the studio with production partner Pepe Acebal; and continuing to work on duo project Füchse with former fellow Santanera resident Damian Uzabiaga, who have recently seen their work, ‘Compass,’ released on an Akbal Music compilation and have also played a bevy of cool gigs; including ¡Viva México! with Louie Fresco, Miguel Puente, Métrika, Climbers, and more at Canibal Royal in PDC and Flying Circus opening up for Damian Lazarus and Audiofly.

Tato has left a blazing trail of success in Playa del Carmen and now he’ll take on an even bigger monster in Mexico City. We’re excited to watch this Heroic figure sprout into an undeniable force in the industry.

How did you initially get into DJing and house music? Do you recall a specific moment of inspiration or was it an evolution?
It was rather a process of evolution accompanied by inspiration. When La Santanera opened (2003) I was part of the team immediately. I practically trained there as a DJ and also handled the bookings of the club for several years until last November.

I listened to house music long before DJing, but La Santanera definitely led the way! It was where I really learned a lot about this industry–it became my profession.

I am currently in Mexico City, where during the week I work in the studio on the project that I have with Pepe Acebal (Get Physical, Kindisch) and weekends usually play outside the city as Füchse with Damian Uzabiaga or with Pepe Acebal.

What’s the scene like in Playa del Carmen? How has the city changed since BPM started?
The scene in Playa del Carmen is growing every year and this is mostly because of La Santanera. Every weekend, for over 10 years, Santanera brings international artists to Playa. Of course thanks also to BPM who every year bring Playa del Carmen to the best of the global electronic scene in the same festival. Thanks to many promoters that make parties in cenotes and even on the beach and in the jungle.

Do you have any residencies? What parties/clubs in Playa would you recommend? What about two restaurants?
After more than 11 years in Playa del Carmen as a resident of La Santanera, I am currently living in Mexico City since May this year. I’m still going to Playa del Carmen once a month to play at La Santanera. I also play in cities like Guadalajara, Queretaro, Puebla, Monterrrey etc…

In Mexico City I play mainly in Tara, Mono and Rioma, and although I am not ordinarily a resident there. La Santanera and La Mezcalina are best options in Playa del Darmen, and also the parties at Canibal Royal. For dinner my favorite place is Almirante Pech, if you want a good Italian Casa Mediterranea is delicious. Both located on Fifth Ave.

How did you link up with Damian Uzabiaga and Akbal Music?
I know Damian for about 6 years, and from the beginning we had a certain musical affinity and a very good friendship. I remember once we somehow ended up playing together and we both liked it so much that we wanted to repeat it. We decided to take it more serious and create Füchse–giving  us the space to make music together.

I’ve known Robbie Akbal for about 10 years. Before Barcelona he lived several years in Playa del Carmen where we were neighbors. Robbie was also a resident at La Santanera. Füchse reached Akbal in a very casual way. One day a friend who we had sent a track to for feedback got the song in to his iPod–somehow Robbie heard that track without knowing it was his friends, Damian and Tato. He liked it so he signed for Akbal.

What’s on the horizon for you the remainder of 2015 and beyond?
The future plans are to continue working in the studio with Pepe Acebal and go out to play in the weekend, touring our beautiful country.

Dream gig…
I would love to play at Fabric London, Mutek too or in a packed party in Detroit.

Tell us about your mix…
This mix is very special for me because almost all the tracks that I selected are from close friends and that makes me proud. Mexican talent is on the rise and each day we have better things. Since people already consolidated as Metrika or Miguel Puente to projects such as Plaka (formed by Damian Uzabiaga and Guillermo Mendoza) that for my taste they are doing a pretty good music; They will certainly be giving something to talk about soon. I also chose a couple of tracks I did with my friend and colleague Pepe Acebal, there is also a track of the head of Union Jack Records Memo Insua due out soon, on the label of Hernan Cattaneo, and also our good friend Bastard Love with Namito.

We could say that the content of the mix is 80% Mexican and really gives me great satisfaction having at my disposition such as good material to choose from and homemade. I hope you enjoy it and thank you very much for space.