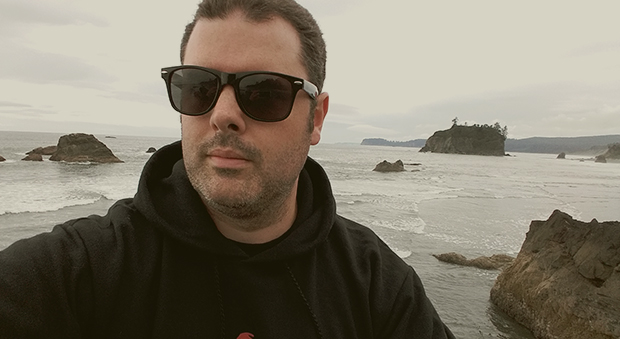 Monkey Loft resident and Viva Recordings member, Peter Evans, is our next Hometown Hero coming at us from Seattle, Washington.

Peter Evans has been a fixture in the Seattle house music scene for fifteen years, and his commitment to playing and booking only quality music has earned him the respect of his peers for nearly as long. From his early days with United House Front, he played at many exclusive, albeit now-defunct, establishments and has held many important residencies throughout Seattle. Peter became a member of Seattle’s oldest active house record label Viva Recordings in 2012, and he has been co-hosting “THIS!” – now in its third year at the Monkey Loft.

Enjoy some deep Northwest goodness and learn more about Peter in the interview below.

How did you get into dance music and DJ’ing? Do you remember a specific moment of inspiration or was it an evolution?
I’ve been drawn to electronic music before even knowing what house or techno was. As far back as grade school and middle school listened to albums like Pretty Hate Machine and KLF’s White Room. These albums were very different than my other musical tastes, bands like Pink Floyd, Led Zeppelin and the Doors. It was the drum machines and rhythms that I later realized drew me in. Through a roundabout connection, I bought some Numarks from a friend, I referred to these as my purple plastics, and learned to beat match. John Digweed and Carl Cox were the first DJ’s I really followed and emulated. I was also heavily influenced by DJ Dan’s Beats 4 Freaks and Funk the System CD’s as well as Mark Farina’s Connect album. Many weekend house parties were spent honing my skills until I turned 21, and now 14 years later here we are!

Describe the scene in Seattle in five words or less. What parties, clubs and restaurants would you recommend?
Seattle is passionate, discerning, & growing. My favorite spots to both play and attend would be Saturdays at Monkey Loft, Flammable Sundays at Rebar, Kremwerk and Studio 4/4 at Q Nightclub. Every day we have 3 or 4 top notch restaurants opening up. Instead I’ll give you some of my regular haunts: Liberty, Summit Pub, and you can’t beat the Scotch selection at Canon.

Do you have any residencies?
Viva Recordings hosts “THIS!” every 3rd Saturday at Monkey Loft.

What BPM does your heart beat at – 115 or 125?
I’m almost always right in the middle, near 120. Quite the contrast to my days of Harthouse and Samplitude records!

What gig do you dream about?
Not sure I have one specific dream gig, but I’d love to be on the same bill and tour with the likes of Kerri Chandler, Grant Nelson, Derrick May, John Digweed, Laurent Garnier, I could keep going… Also being outside somewhere tropical wouldn’t hurt.

What cool things do you have planned for 2017 and beyond?
We have lots planned for Viva Recordings in 2017. Our Seattle monthly, “THIS!” continues to get better and better.  Plus, we’re planning shows in Vancouver, LA, SF and possibly ADE. On the label side, we’ve got some killer releases on deck… stay tuned!

Tell us about your mix…
My goal was to tell story about myself. It covers many sounds and moods. I love that most of the artists are folks I’ve been following for a long time, but that the tracks are fresh.

Drink of choice…
At the club – Whiskey Ginger. At home or a nice bar – Scotch with two rocks.