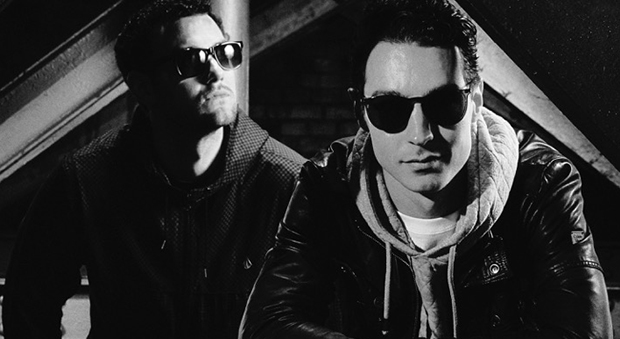 Blockparty residents and sinnmusik* production duo, Fewture & Freddie Glitch join us on this week’s Hometown Heroes out of Amsterdam.

Fewture and Freddie’s style is broad and groovy–staying true to the essence of house music. The two have been busy playing various festivals and clubs around Europe, as well as holding down a handful of residencies throughout Amsterdam, Berlin, and Dublin.

Along with an always full gig schedule, Fewture & Freddie Glitch have been in the studio cranking out tunes. The duo just released a fresh remix on Deep House London, and are set to release their first vinyl release on home label sinnmusik*.

Fill your day with some groovy house music from Fewture & Freddie Glitch.

How did you get into dance music and DJing? Do you remember a specific moment of inspiration or was it an evolution?

FG: It must have been when a friend of mine at elementary school showed me a cd called House Party 6. I was so impressed by the intro, the sounds and the electronic beat that I was hooked immediately. A short while after, when I heard 2 Unlimited’s No Limit I started developing myself into the genre. A couple of years later when I was 11, a friend of mine called me to say he had a mixer for a party he threw later that day and invited me over to try it out. It was unlike anything I had ever done before even though it was very amateur haha, we were mixing CD’s with two Discmans! Nevertheless, I loved it so much and started to save money to buy equipment and records.

F: There was a lot of music around my house growing up. My mother is a professional singer/guitar player and performs around the country. In addition my dad loves African music, jazz, soul, funk, etc, so I got into this through my child hood. Funnily enough, 2unlimited was also a massive influence on me and their No Limits album was the first tape (yes tape!!) I rinsed and jumped around to in my room as a 10-11 year old. We had two identical stereo sets from a local discount store at my house that both had basic equalizers so I put them next to each other to EQ one track out and the next one in basically creating my own makesshift mixer, before I got a real mixer at 13. At 15, in the early 2000s, I moved to London and through high school got into UK sounds: DnB, UK House & Garage, raving at clubs like Fabric, The End & Ministry of Sound. My friend Max had a proper set-up with PA system at his house and I started buying my own vinyl. He didn’t give a shit about his neighbors so we would bang out some serious noise. It was during this time that I realized this was my passion, and shortly after started playing at small parties and producing beats with Reason.

Describe the scene in Amsterdam in five words or less. What parties, clubs and restaurants would you recommend?

FG: A little bit in decline.

Although the clubscene is a little in decline as for my opinion, there are still loads of quality concepts that are booking top notch and upcoming names in the city every weekend in the form of warehouse raves or festivals: Dekmantel, Straf_werk, DGTL, Blockparty, WTTF, Deep Klassified, HYTE, Chicago Social Club, De School, RADION, De Marktkantine, PLEK

F: I’ll be cheeky and say: Alive, kicking, full of potential. But I think it really depends what timeframe you take.

I do challenge Freddie’s statement a bit as I believe the scene as changed but not necessarily for the worse. We had a period in the mid 2000s where the government was cracking down on everything, including the dance scene, coffee shops (the bob marley variety) lost their 24h licences, bars had to close at 1:30 or 2:00, and rules around clubbing and festivals became stricter. For the last 5 years or so things have been turning around. We had concepts like Trouw be able to build international acclaim and get Amsterdam’s first 24h license, which led the way for others such as the Amsterdam Toren and some of the concepts Freddie mentions. I’m sure a big example for the Amsterdam government is Berlin at the moment (which they should keep doing btw;). If you look at the music itself, there has been a gradual movement to more funk and soulful music with roots in Chicago – e.g. headlining at festivals – rather than mostly (minimal) techno, which was a big trend in NL for a long time. I have to say that for parties and clubs Freddie covered them. I might add Thuishaven as a lovely venue and party. If you are ever in Amsterdam we’ll take you for ribs at De Klos!

Do you have any residencies?

Blockparty, the sinnmusik* parties in Barcelona, aper’eau in Antwerp, the LOK parties at Bourbon Dogs in Berlin.

You Can Dance If You Want To (monthly party in Dublin).

FG: I second that!

What cool things do you have planned for the remainder 2016 and beyond?

Our latest remix for James Benedict will be pusblished as a free download on Deep House Amsterdam beginning of September. We’re hosting a night during Amsterdam Dance Event for our home label sinnmusik* at 5&33 in Amsterdam, a show at the W in Amsterdam. We’re working on a remix for an upcoming Chinese artist called Hielektromen as well as an original for a new Chinese label run by Chinese veteran techno dj Yang Bing. Furthermore, we’re working on originals and remixes for Fasika with whom we will do our first vinyl release on sinnmusik* and to finalize we’re working on a new original EP of which three tracks have been finished already.

FG: some old, some new, some unreleased, some vinyl only, basically a selection of tracks we dig at the moment. From labels like Heist, Dirtcrew, Large, Clone and many others.

F: Yeah in essence it’s a good reflection of what we listen to and play out – and how our styles come together.