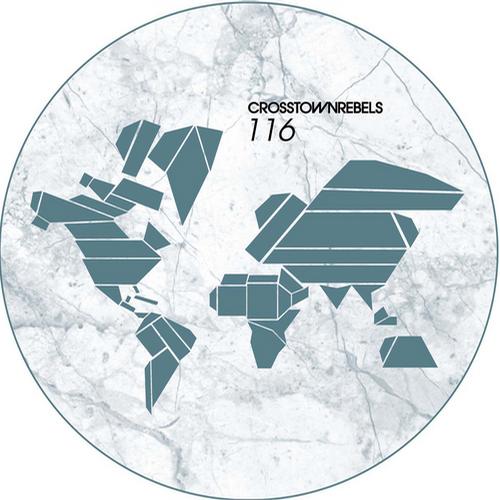 ‘Gone Too Long’ from rising duo Him_Self_Her is a bonafide bomb house with feeling and a massive bass line and killer vocal from Kieran Fowkes. Reinvigorated by Crosstown Rebels for a re release after it came out on Mexican label Cream Couture last year, this time the infectious original comes backed with remixes from Belgian hero Compuphonic, who injects more bounce, bleeps and emotive melody and the mighty Yousef who’s darker ‘Circus Rework’ is a deep affair of rolling drums and dubby textures.

Dynamic duo Him_Self_Her is the astute combination of Claire and Leon who came together after honing individual skills for many years on their local scene in Leicester. All that it took was one studio session to realise the potency of their union and their genre blending productions are showing no bounds ranging from deep grooves to disco infused techno. ‘Gone Too Long’ was originally released in 2012 and championed by Pete Tong (Essential New Tune) and supported by the likes of Jamie Jones. Damian Lazarus has now signed the duo and along with this rerelease there is more to come on the label and the
duo also have their debut album in the works.

One of the youngest DJs on the Belgian DJ circuit, Maxime Firket aka Compuphonic broke onto the international scene with a release on Tiga’s Turbo Recordings. Further releases have dropped on highly acclaimed labels including Modular, Darkroom Dubs, Systematic Recordings, 2020 Vision and Parquet Recordings.

Yousef is a mainstay of UK house music. With a career spanning over ten years, the heavyweight DJ / Producer and Promoter founded Circus Recordings and events and has appeared on some of the most revered and respected labels in the business Carl
Cox’s Intec, Nick Curly’s Cecille, Saved and of course Sven Vath’s Cocoon Recordings which
released ‘Come Home’, Yousef’s stunning Piece de Resistance.