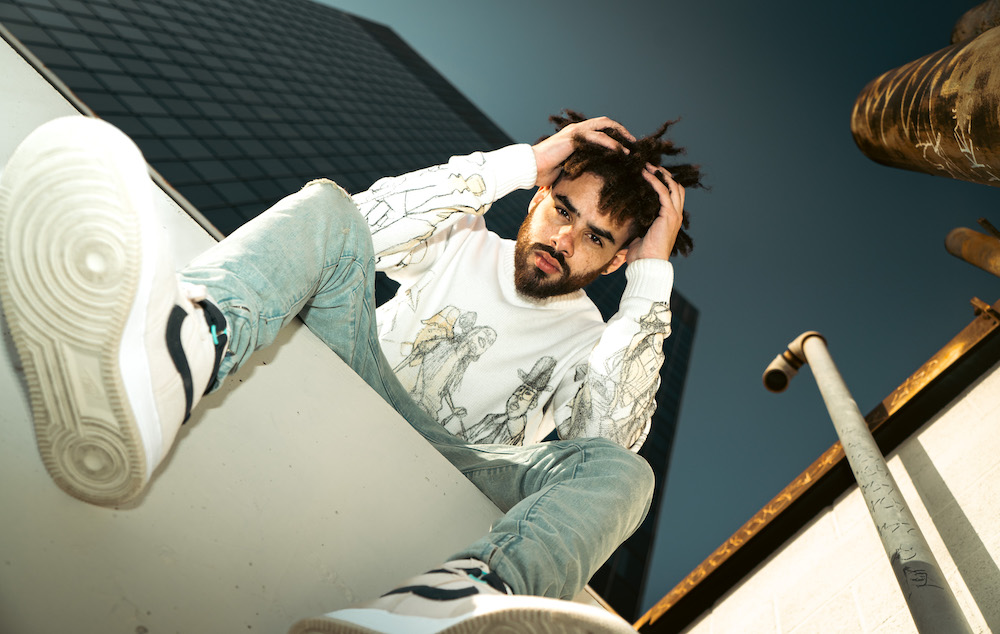 Los Angeles-based artist happytree continues to put forward his signature blend of hip-hop and dance music on “Bliss,” a house-rap collaboration with 2LATE that arrives September 30. Co-produced by happytree and frequent collaborator Jack Laboz (UPSAHL, Nina Cobham, GAYLE), it’s an exhilarating track about accepting present circumstances and finding peace within the uncertain. “Bliss” is a picture-perfect example of why outlets like LISTEN have called his music a “daring step forward” in stylistic mixtures, a notion that’s helped happytree appear everywhere from Apple Music’s “New in Hip Hop” to Ones To Watch.

Delivering sweet and soulful vocals mixed with thoughtful bars, happytree’s talent has immediately captured the attention of hip-hop enthusiasts across the country. Debut EP In Due Time is a case in point: a critically-acclaimed record that has since amassed more than 7.5 million combined Spotify streams and featured viral hit single “S.O.S.” Similarly lauded follow-up EPs came in the form of CANVAS and Gravitropism, before happytree decided to drop his hotly-anticipated debut album, THRUTHEFOREST. Citing the LP as one of his biggest achievements to date, he wrote, produced, recorded and mastered the whole thing himself – cementing his status as a talented, self-sustainable young artist determined to forge his own path. With this slew of brilliant music and captivating live performances like his show at the We Found New Music showcase in Los Angeles, happytree is positioned for a breakout 2022 and beyond.