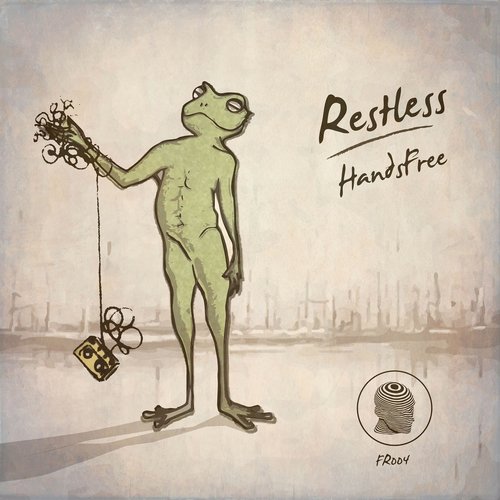 This April will see Faceless Recordings return its fourth release, this time courtesy of Dallas-based producer Hands Free who delivers his Restless EP. Newcomer Hands Free is one of the finest young exports coming from stateside of late, stepping onto the scene in 2013 with a string of remixes, the Dallas born and bred artist well and truly made his mark. Here we see Hands Free deliver his first extended player via Silky, Barber and Climbers Faceless Recordings imprint, showcasing in further detail his hypnotic, electronic sound.

Opening the single is title track Restless, a dropped-tempo psychedelic cut, fueled by bubbling atmospherics, organic rhythms and growling sub bass. Hands Free displays his production skills radiantly with this opener, as he skillfully blends and multilayers deep analogue melodies and chuggy bass tones, while subtle nuances in the groove make for an ever-enticing listen. Following is Courderoy, which embraces a similar trippy aesthetic, Hands Free employs sonorous bass, swirling echoes and a general dubbed-out feel throughout the composition, to create a smooth, subtle and refined record with an ever-evolving and progressive structural approach. Then finally to round of the package we have Tranquilizer, as the name would suggest the feel of the record tips you into a pensive, dream-like state with its mesmeric melodies, things remain beatless for the initial few minutes though the piece certainly packs a punch as things advance, with the raw bass stabs and expansive atmospheres generating an early hours dark room vibe, closing the release in style.