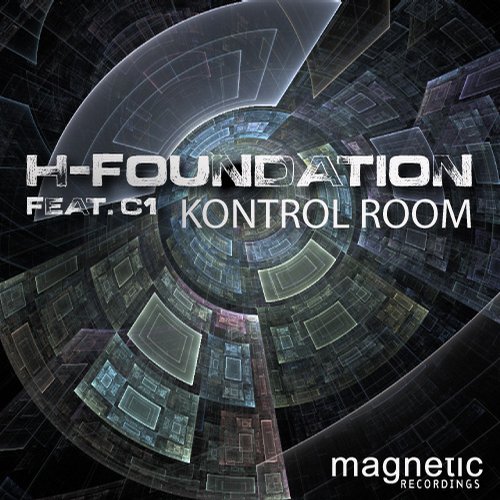 H-Foundation, aka Hipp-E and Halo and pioneers of the ‘West Coast’ sound that dominated DJ sets throughout the 2000’s, are back to kick-start a fresh new year for DJ Sneak’s Magnetic Recordings. We couldn’t be more excited to introduce their new release, ‘Kontrol Room,’ which comes backed by remixes from Sneak and Tripmastaz.

Of ‘Kontrol Room’ the duo states, “We are old friends with Sneak. He is our inspiration for this release. We wanted to have something dark, dubby, spacey but jackin, keeping an old school vibe as well. We insisted that we have a remix from Sneak!! That was one of the only things we asked. We are also OLD friends and have worked with Joeski in the past, so was amazing to get him on the remix which he KILLED; Joeski is on point for sure! And it was nice to see Tripmastaz on the remix, he’s doing some really dope stuff right now. It’s an all around great package.”

With a unique blend of groovy, deep and dubby house balanced perfectly with more techy elements and jacking beats, the duo of Eric ‘Hipp-E’ Galaviz (Denver, CO) and Brian ‘Halo’ Varga (San Diego, CA) made their name on labels including Soma (including their timeless album ‘Environments’), Moody, NRK and Siesta. Heavy support from UK legends Pete Tong and Carl Cox, and a long standing residency at Fabric (including mixing an early Fabric compilation) catapulted them to success and acclaim.

After years of collaboration with great success, the duo decided to shift their focus to their individual pursuits of personal life goals, but now return reinvigorated, matured and inspired by the very interests that brought them together years ago. Alongside this release for Magnetic, the duo will feature on Halo’s own label, Surface Recordings, as well as Tsuba, One Records, Supplement Facts and Leftroom.

Lucky for us, the fun doesn’t stop with the release on Sneak’s label. Matt Tolfrey has also got his eye on H-Foundation, and has included a track by the duo on this Leftroom release. The 5 track EP kicks off with the American production duo H-Foundation, made up of Hipp-e and Halo, most recognizable for their impressive debut LP ‘Environments’ back in 2003 and seeing releases on labels such as Siesta, SOMA, Fabric, NRK and Low Pressing. In ‘All I Need’ H-Foundation’s dub-influences shine through with whirring bass-synths around the occasional intonations of BlakKat’s “All I Need” creating a warm and organic finish to the track.