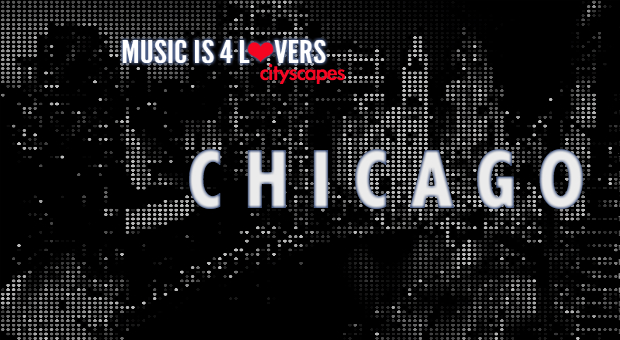 Cityscape: Groovin’ and Movin’ in Chicago

Amidst the sports bars, high rises and plentiful eateries, the house sound resonates through the buzzing streets of Chicago, echoing off of the industrial landscape and CTA tracks. From well-established clubs to illicit underground spaces, there are plenty of opportunities to see non-commercial house music every weekend thanks to the knowledgeable and committed promoters, DJs and talent agents in the city.

The location of its birth, this Chicago energy has inspired some of the first house tracks, such as Jamie Principle’s “Your Love” and Jesse Saunder’s “On’n On,” giving the genre and its legendary tastemakers international acclaim. Much of its inspiration drew from the disco movement that provided an outlet for the oppressed gay, Latino and African American communities of  urban Chicago, and thus laying the foundation for the underground.

For these oppressed communities, this genre of music was true and created a sense of stability and comfort within a world of hatred. The establishment of  the club The Warehouse in 1977 in the West Loop downtown and under the disco/ r&b inspired musical direction of Frankie Knuckles, Chicago was introduced to a musically driven esoteric atmosphere within an exclusive and industrial setting. As legend has it, regulars sought out these tracks at a local record shop called Imports, inquiring about music played at The Warehouse and eventually began to refer to it as simply “house” music.

The rest is history and the name, rooted in the Chicago underground, holds global strength today, bridging geographical and cultural differences through the mixing and sharing of styles under one musical roof.

Smartbar opened its doors in Wrigleyville in July of 1982, bringing cutting edge electronic sounds to Chicago inside of the legendary venue The Metro, who has hosted everyone from New Order on their first US tour to the revered live act of Nicolas Jaar. As the Metro has historically focused more on live acts, Smartbar, now located in the basement, has been committed to the cutting edge of electronic music.

The booming Funktion-One speakers at the corners of the large dancefloor, dark minimal ambiance and limited capacity space make for intimate shows and appreciative, vibrating crowds.

I caught up with talent buyer, resident DJ and music director of Smartbar, Nate Manic, who has been with the venue for several years. In that time, Nate says he has observed a distinct change in the awareness and dynamic of the crowd. “We saw a lot of development in that time, a lot of young people that have graduated from Skrillex and Top 40 onto something deeper.” Smartbar’s doors are open Wednesday thru Sunday, and every night brings a new facet of the non-commercial dance music spectrum to the community.

This April will mark the 1 year anniversary of Queen! nights, which Nate describes as one of the best parties to take place at the club. Held every Sunday, this “resident based underground gay night” pays homage to the disco vibe and sound of classic Chicago house. With its consistent artist debuts, immaculate sound and intimate capacity, Smartbar continues to be a hallowed ground for house music.

Heading south into downtown, Spybar has been bringing serious talent to the area. The venue’s intimate, 300 person capacity provides a unique experience within a modern club context – bottle service and all the best in sound and lights are available to patrons. Thursdays showcase local talent, and Fridays and Saturdays have focused on house, progressive and tech styles, bringing artists such as Wolf + Lamb, Soul Clap, Lee Burridge, Danny Daze, Pillowtalk and Seth Troxler to the decks.

The owner/director and resident DJ of Spybar, Dino Gardiakos, has not only bought talent for the past 10 years, but has also hosted both the Life & Death and RebelRave label showcases, as well as put on the breakthrough Wavefront Festival, which will be celebrating its second birthday this July on the shores of Lake Michigan.

Both the Life & Death and RebelRave showcases were held in private loft locations with exclusive 300-400 person capacities, yet both parties held their own unique vibe. Dino says private events under the umbrella of an established brand offer music fiends a novel experience. “I feel that it’s nice to break away from the same routine every week. The off location events offer partygoers a different feel than the typical club event offering, with extended sets and bigger line-ups.”

The Life & Death showcase was held in an empty loft space in Wicker Park with a very minimal set up and a makeshift bar. Although Thugfucker were not able to attend, the Italian duo Tale of Us wowed, as per usual. Their pristine taste for the deep and techy extended 4 hours before DJ Tennis replied with his impeccable skills through morning.

I knew Dino was throwing the RebelRave party as well and was surprised when it was announced that the location would be in a completely different area, on the outskirts of the city. The party was held on the third floor of a Chinese Restaurant—a banquet room adorned with a demarcated dance floor surrounded by a Void soundsystem, red lit dragon carvings on the walls and an array of scattered tables and chairs.

It felt comfortable and carefree as the Rebel crew and cheerful crowd transformed the peculiar venue into their own musical playground. Subb-an’s tastefully tech-driven set paved the way for Infinity Ink’s heavy, funkier live sound. Damian Lazarus followed with his ecclecticism, including a mini-UFO landing and a remix of the Cha-Cha Slide that oddly made perfect sense of the space. He just gets it.

As we danced into the morning, the lights dimmed gradually, yet the energy persisted with on-point impromptu bongo accompaniment and deep, atmospheric basslines from Art Department’s Kenny Glasgow. The intimate nature of both showcases, along with the stellar line ups and seemingly out-of-this-world atmosphere, guaranteed two magical experiences.

Chicago is a large, multi-dimensional city with so many opportunities, diverse scenes and amazing variety of nightlife destinations and events. A true Midwestern gem, there are a plethora of new clubs, promotional companies and local scenes creatively breaking through, contributing to the infectious energy that encompasses this city.