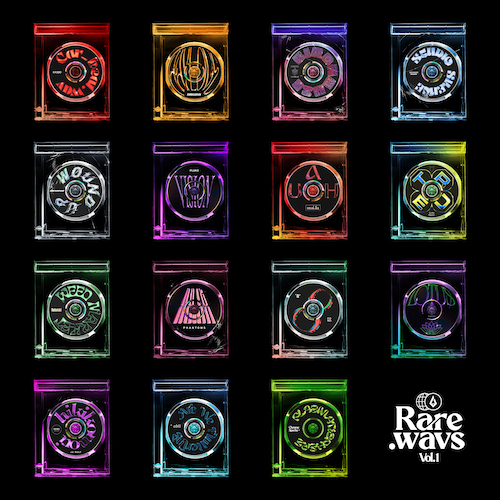 Recognizing that artists were especially challenged last year to stay creative, Rare.wavs is an experiment to let artists release music without expectations. It is born from the isolation of last year and the need to let go of the past, and looking positively into the future.

Regarding the compilation, ODESZA said “Foreign Family Collective has always been about merging music with visuals, bringing artists together and exploring new mediums for creativity.” They added, “Rare.wavs embodies all of that as well as an opportunity for artists to release music without worrying about how it would fit an album, how it works as a single, or any of the usual concerns that sometimes come with sharing your art.”

When looking to put together the project, Foreign Family let each artist have the creative freedom to make/submit what they wanted, tracks new and old, ones they’ve been waiting for the right opportunity to release, weren’t finished in time for their album release, etc. They received an incredible response, with artists submitting some of their rarest and finest work that deserves to be heard by all given the right platform. The result is a 16 track release, available on various platforms.

In addition to album release, the artwork for each track was available as a 1 of 1 NFT via Foundation.app  The NFTs become available for bidding on Tuesday, May 25th, with all selling out shortly thereafer.

Also at 11am PT on May 25th, the artists who contributed to the album will join together for the YouTube premiere of the audio via FFC’s channel, available to chat with one another as well as fans about their individual tracks, the NFTs, and overall project.

Looking ahead to a bright future in 2021, ‘Rare.wavs (Vol. 1)’ acts as both a look into the challenges of the past year, while acting as a cathartic release for what’s next.

Founded in 2015 by the duo behind ODESZA, Foreign Family Collective made its name in the indie electronic space releasing RÜFÜS DU SOL, Big Wild, Jai Wolf, Kasbo, ford., Mild Minds among many others. FFC is not only the home to many amazing up-and-coming musicians, it’s an outlet for visual artists including Victor Mosquera, Kusanagi, Japanesedad, Landis Tanaka, Skytea, and many more. Bringing music and visual creatives together, FFC has produced and designed live events including ODESZA’s legendary Coachella mainstage performance, pop up merchandise stores and SUNDARA, ODESZA’s destination festival in Mexico. During the height of the Covid-19 lockdown in the spring/summer of 2020, FFC launched Intermission Broadcast, a regular mix series which has featured artists such as SG Lewis, Tycho, Hayden James, TOKiMONSTA, Whethan, Chet Porter and more.