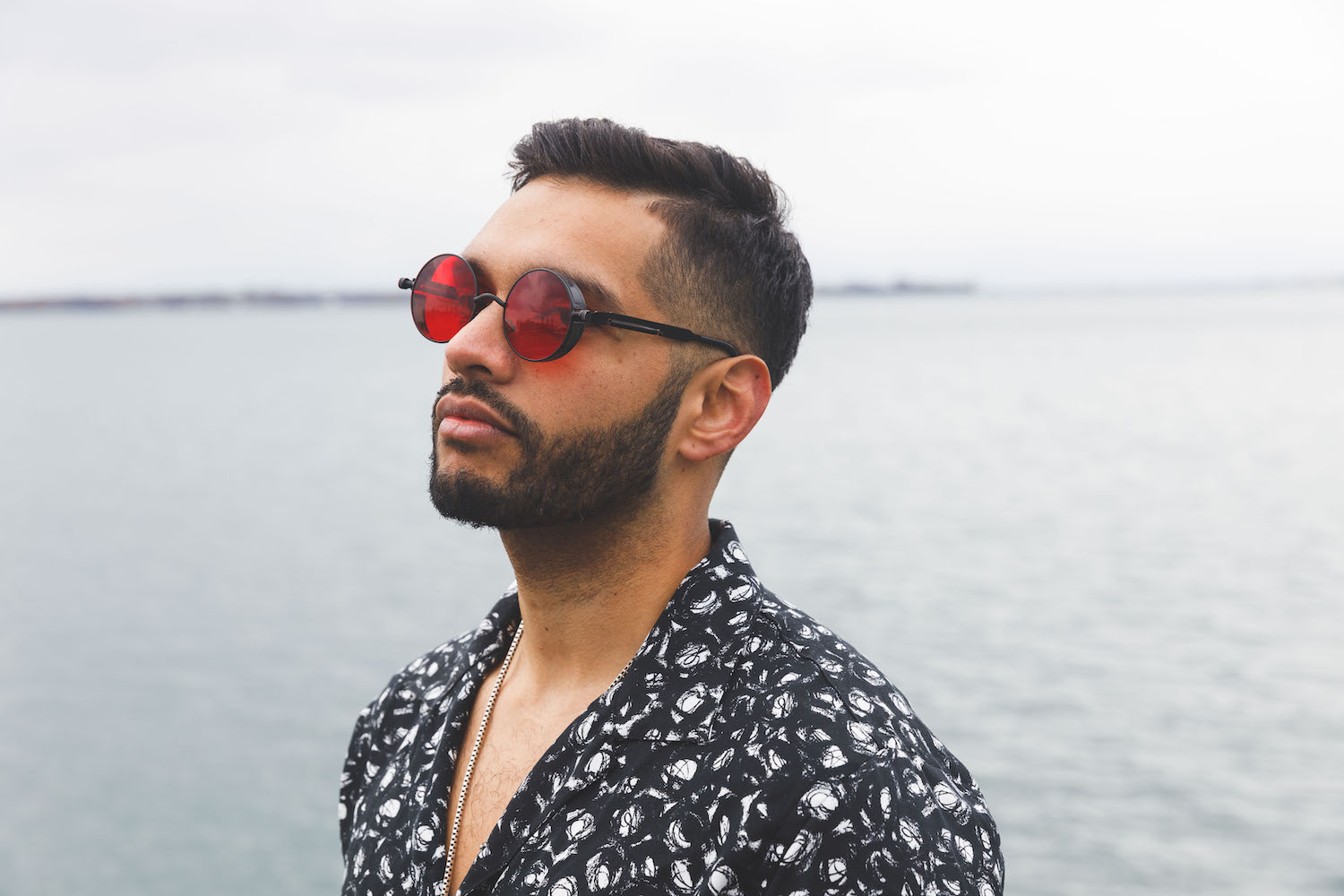 Born in India, raised in Qatar and Kuwait, Crimsen now calls Toronto his home. Calling upon his diverse upbringing, his story lies at the intersection of music and colour. As a producer and an artist, Crimsen knows how to take people on a journey through his range of chill-leaning beats to energetic dance tracks. Inspired by the likes of Jamie Jones, Hot Since 82 and Simon Doty, he strives to make music that works both on and off the dancefloor. Performing around the world at the likes of Burning Man, CODA, Electric Island and Amsterdam Dance Event, and releasing tracks on an array of imprints, Crimsen lands on Purified Records with his latest release, ‘I Still Think Of You’ featuring Jordan Arts. We caught up with him to chat about the release and lots more!

Hi Crimsen, welcome to Music Is 4 Lovers. Where are we speaking to you from today?

Thanks for having me! I’m in nice and chill Toronto, Canada today.

Congratulations on your new track ‘I Still Think Of You’, coming out on Purified Records. Can you tell us about this release, how it came about and what it was like working with Jordan Arts on vocals?

Typically I’m an extravert and people bring me energy, but from time to time I tap into my introvert self. ‘I Still Think Of You’ came about when I was in this phase. I was sad and was reminiscing a time in my past when I sat down on my keyboard and the chords came naturally. I came across Jordan through a video he had posted online of him singing, funnily enough I slid into his DMs and we became friends instantly. Jordan has a knack for feeling out the emotions of the music he writes to and perfectly captured the emotions for this track in his lyrics. I even visited him in Amsterdam last year !

What attracted you to Nora En Pure’s Purified Records?

I’ve loved her music since I first got into electronic music, but I distinctly remember listening to ‘Salt Water’ way back and realizing how much she loves the ocean and the animals in it. Weirdly this drew me closer to Purified, because surfing and water just brings so much peace to me. Purified is one of those labels that really sign music that pulls on your heart strings, which is exactly what my aim was for ‘I Still Think Of You’.

We love the remixes as well! How did it feel having Mees Salomé and Return Of The Jaded working your track?

I was browsing Beatport for some closing tracks for a set and saw my buddy Simon Doty’s track pop up on a days like nights compilation. On further exploring that compilation I found a Mees Salomé remix of Timeless. I couldn’t stop listening to the preview on Beatport and realized more than 10 minutes had passed by before I even purchased to listen to the full version. I think he’s the nicest mad scientist of Melodies.

I’m the kind of guy who loves my tech house as much as I love progressive and I was introduced to ROTJ by his heavier dancefloor shaking music. I knew he would deliver a remix that would create a nice and diverse EP for listening at home and on the dancefloor. I didn’t even know he was also from Canada 🇨🇦

Met both Mees and ROTJ since writing the EP and I’m so glad music connects people this way. They’re both as amazing as people as they are as musicians.

Can you tell us about your musical background and how you started out as a producer?

I was hoping to keep this embarrassing story a secret 😅 When I was in school I had a crush on this girl and I wanted to impress her, but I didn’t know how. Until an idea popped up that I will learn to play songs on the guitar and become a rockstar someday. 12 years later the girl is forgotten and I’ve fallen madly in love with music in all forms. It all started with chillstep and then deadmau5 swung me towards the more housy side until I was making deep and tech house.

How do you go about producing new tracks? What inspires you?

I’ve stopped waiting for inspiration at this point since it’s just a habit to keep making stuff daily. Once I sit down in my studio, the ideas just start coming when I go through samples. I learnt this from a book called “war of art”.

Occasionally I get inspired by listening to different playlists I put together when I go for my run.

For melodic music I write out the chord progression first to figure out what emotional story I want to tell. I then break those chords down into arpeggios and leads that progress over the track.

Who are some of your favorite artists?

Right now I’m really into GVN, logic1000, and KX5. Deadmau5 and Kaskade “I Remember” got me into electronic music and there’s nothing that makes me happier to hear that they’re back !

Best show you have played to date?

An art car called chameleon at Burning Man! It was a chameleon with fire spitting from the top of it and covered in LEDs that were controlled by a keytar. Since it was moving, people who enjoyed the music just formed a swarm of cyclists that just followed the art car

Any festivals or clubs you are dreaming of playing?

It’s always been a dream of mine to play Tomorrowland wearing a cool outfit that fits that year’s theme.

What is your favorite opening track?

“The final countdown” – Europe haha not really! I love “Goodbye Michael” by DJ Boring as a song to just leave people on an emotional note.