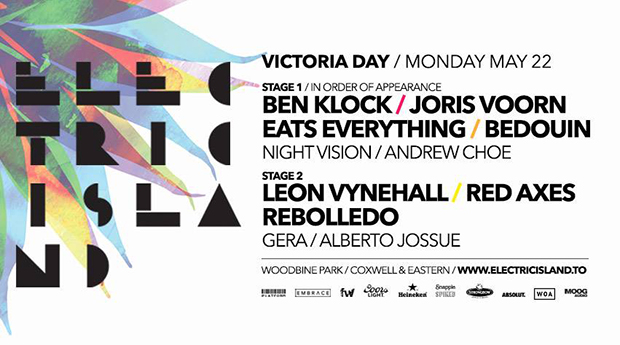 NOTE: Due to the heavy rainfall this spring and the resulting flooding around the island, our Electric Island season opener on Monday May 22nd will be relocated to Woodbine Park.

Previously purchased tickets will be valid.

Head over to Electric Island for the full 2017 lineup!