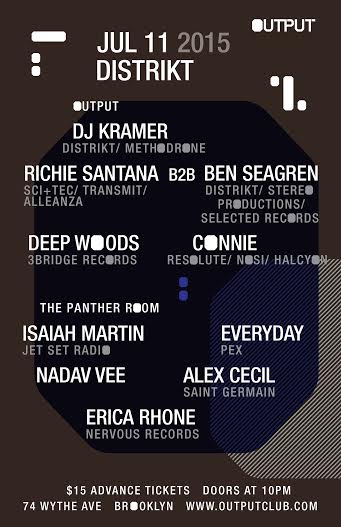 DISTRIKT Embarks on US Summer Tour!

One the biggest and baddest sound camps at Burning Man has taken its Playa vibes to a city near you!  The California based camp is well established on the west coast and has hosted events in its home town of San Francisco and Los Angeles.  For this summer they are taking it to the road.  Already hitting Chicago, their next stop is New York where they will take over one of NY’s best night clubs Output!  A night of burner vibes, this event is going to be playalicious.  The events will host DJ Kramer and DISTRIKT head honcho Ben Seagren along with a bunch of other burner DJs.  Don’t miss out on the fun and get a taste of BRC a little early.

Next stop for DISTRIKT will be in Las Vegas where they will be playing the new Sundown party at Daylight Beach Club on July 26.
EVENT INFO HERE

DISTRIKT just released a new podcast in its series, and it comes from our very SAAND.