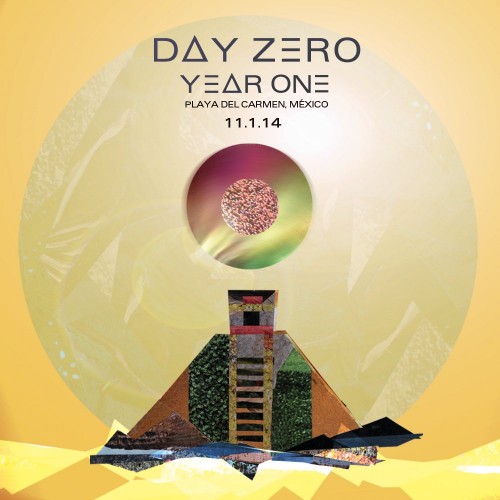 Day Zero: Year One “Tickets of Trust” On Sale Now

Last Winter marked a new beginning, a musical renaissance for many artists as the symbolic apocalypse loomed and left like a swift, thought-provoking breeze causing  contemplation, motivation and lots of celebration internationally.  True to style, mystical Crosstown Rebels boss Damian Lazarus threw a 24 hour gathering on the sacred grounds of Playa Del Carmen, Mexico named Day Zero as ancient ruins and spiritual totems acted as the backdrop for profound sets from many of the world’s most esteemed DJs and musicians.

January 11th, 2014 marks the sequel to the ethereal festivities, as Mr. Lazarus in collaboration with Secret Productions and a predicted magical line-up of artists make the pilgrimage back to the space where it all began to further reflect on life and connect to like-minded souls and the cosmos at large.

The Rebel crew is now offering limited time only “Tickets of Trust” for those with faith, willing to take the leap before details of the line-up are officially announced.

We believe there is something very special in store this January and if the past is any indication, this visionary Rebel boss acts persistently, passionately and thoroughly to breathe life into all his creative endeavors.

Take the leap, purchase HERE and get in the mood with his recently released Burning Man set atop Robot Heart <3