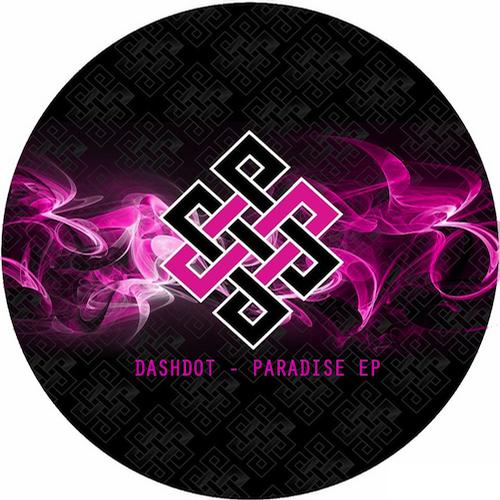 [New Release]  Newly formed Cream Couture Records debut strongly with their first release, and oh, is it a behemoth.  Up and coming producer Dashdot gives us the Paradise EP, which is a extremely deep and dark release that delivers us to depths of all that is gangsta house.  If this record wasn’t heavy enough, Rebel, Max Chapman, and Sishi Rosch are also on the record, making this one a true beast.

The first track off the EP, ‘Suecide,’ is an eerie track, with its deep grooves, haunting melody, and foreboding vocals.  Rebel adds his own touch to the song with a massive remix that gives the track a bigger and more sinister feel.  Max Chapman also gives this track a go with his futuristic remix that has a light acid house feel, but still remains true to the dark side.  Both Rebel and Chapman’s remixes are spot on as usual.  The title track ‘Paradise’ is another wicked song with its abysmal groove, soulful vocals, and enigmatic feel.  If anyone knows how to produce gangsta house it’s Sishi Rosch.  His remix is straight up West Coast gangsta funk with an ominous groove.

Overall this record is a great release for Dashdot and Cream Couture.  Getting the likes of Rebel, Max Chapman and Sishi Rosch as well only made this record even better.  Every track off the release is pure quality and if you are looking for something to rock the crowd, no need to look any further.  We really look forward to future releases from Cream Couture and of course all the artists on this release.